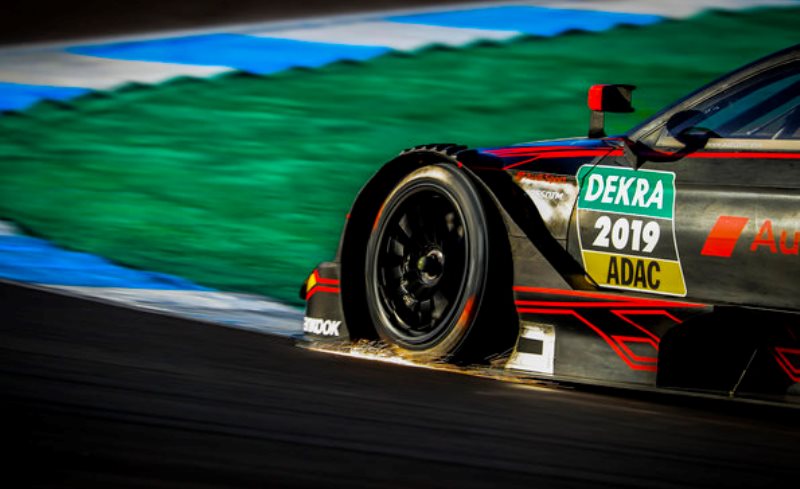 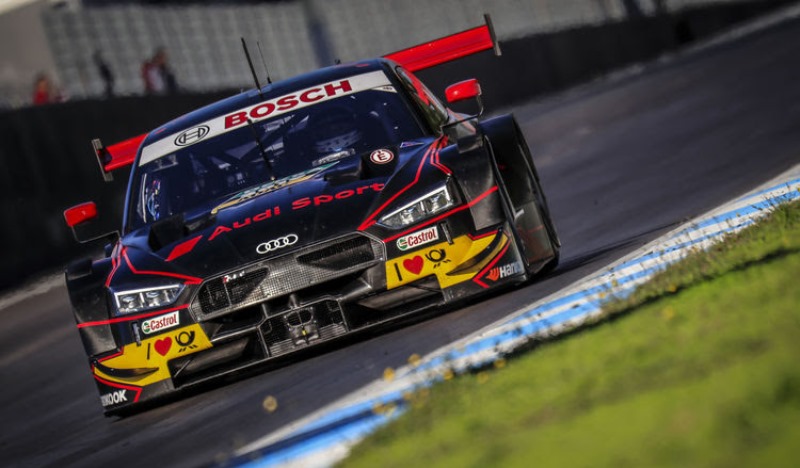 New Audi RS 5 DTM on track for the first time

For Nico Müller, René Rast and Mike Rockenfeller, Christmas came a little earlier this year: On the racetrack at Estoril, Portugal, the three Audi drivers had their first opportunity to test the new Audi RS 5 DTM, ringing in the turbo era of the DTM. All three climbed out of the cockpit with radiant smiles.

“The new DTM car has terrific muscle and momentum,” enthused Nico Müller who on Monday took the wheel on the first of the three test days. “The turbo engine has awesome thrust. We’re going to see speeds that the DTM has never seen before. The power boost is really noticeable. This is going to make even greater demands on us drivers. The car also looks really fast when you stand trackside. The sound is fascinating too. I definitely wouldn’t want to swap the turbo for the old V8 aspirated engine again.”

The two DTM Champions, Mike Rockenfeller and René Rast, expressed similar opinions following their first test kilometers in the new Audi RS 5 DTM: “As a race driver, you always welcome more power. The new car feels like a go-kart and is huge fun,” said Rast. “I love the turbo engine and am sure the fans are going to love it too,” Rockenfeller agreed. “The sound is great and the car a lot faster. We can all look forward to next year.”

The new Class 1 regulations coming into effect in the Japanese Super GT Championship in 2020 as well are ringing in a new era in the DTM in 2019 primarily in terms of technology. The previous naturally aspirated V8 engines will be replaced by newly designed racing engines with four cylinders, two liters of displacement plus turbocharging that deliver a good mix of output and efficiency. At Audi, particularly the four-cylinder two-liter turbo units are important internal combustion engines in production cars worldwide.

The turbos will not only provide the DTM with greater reference to production, as fans and drivers can look forward to a boost of nearly 100 horsepower. The TFSI engine of the 2019-generation Audi RS 5 DTM internally designated as “RC8” at Audi delivers some 600 horsepower.

Completely new as well is the car’s aerodynamics: the rear wing, underfloor, front and rear diffusor were redefined by the regulations for the 2019 season. At the same time, the engineers adapted the front end to the more compact turbo engine and its cooling requirements. Due to the clearly modified front airflow, the Audi RS 5 DTM sports an even more aggressive look at the fore than its successful predecessor model.

“Obviously, we still have a lot of work to do at this early stage, but the tests were positive,” said Project Leader Andreas Roos. “The fact that a new race car works so well right on day one can’t be taken for granted. Everyone in our DTM squad can be very proud of this.”

“We’re pleased to see that the first impressions of our drivers confirm exactly what we were aiming to achieve with the new DTM race cars,” said Head of Audi Motorsport Dieter Gass. “The cars are faster, more challenging to drive, look more dynamic and sound really good. The DTM is at the beginning of an exciting era. Even at this point, I can hardly wait to see the new cars in a race for the first time. The improvement of the power to weight ratio can be seen with the naked eye. With that, we’re taking a clear step toward the ‘ride on a cannon ball’ that Gerhard Berger would like to see.”

The new DTM season will start in exactly 170 days, on May 5, 2019, at the Hockenheimring. Advance ticket sales on www.dtm.com have already begun. Access to the paddock is included in all tickets for the first time.