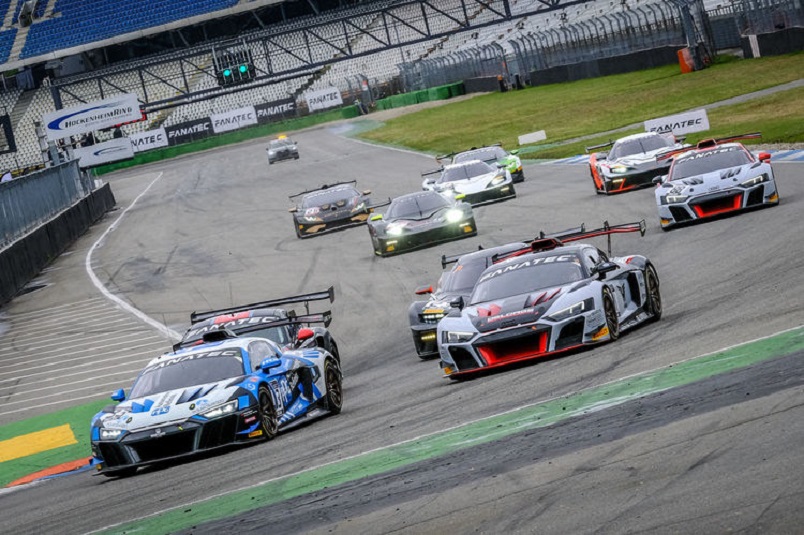 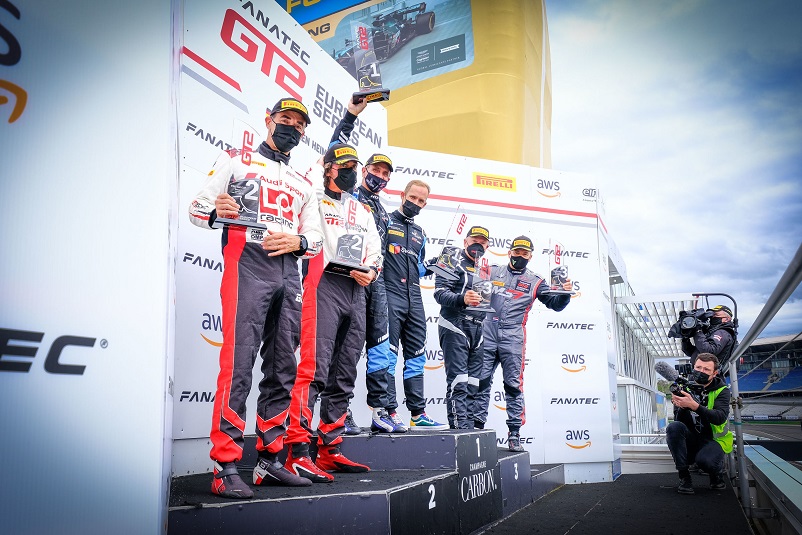 Audi R8 LMS on the podium in the ADAC GT Masters

Four weeks after its two victories at the season opener in Monza, the Audi R8 LMS GT2 continued its winning streak in the new GT2 European Series at the second round at Hockenheim.

In changeable conditions at the Hockenheimring, the good strategy of the High Class Racing team proved to be a decisive factor: Mark Patterson, who had started the race from fourth position in the #33 Audi R8 LMS GT2, defended his position until the pit stop.

After changing to slicks, teammate Anders Fjordbach made up ground on the competition, moving from third to first within one lap, and won by 55.7 seconds. In the second race, the High Class Racing duo scored their third win in four races and extended their lead in the Pro-Am standings to 23 points.

Podium in the ADAC GT Masters: Christopher Mies and Ricardo Feller started the new ADAC GT Masters season with a podium finish. At the season opener at Oschersleben, the duo started Saturday’s race in the Audi R8 LMS #29 of Team Montaplast by Land-Motorsport from third on the grid and defended this position all the way to the finish in changeable weather. After the first race weekend, Montaplast by Land-Motorsport occupies third place in the team standings.

Two class wins in South Africa: At the second round of the South African Extreme Supercars race series at Phakisa, Marius Jackson in an Audi R8 LMS GT4, being the only competitor, won Class C in both races, finishing ninth in the first and tenth in the second sprint to achieve a top ten overall result in each race.

Victory and podium finishes in Latvia: Audi customer team LV Racing scored one victory and one second place with the Audi RS 3 LMS in the Baltic Touring Car Championship (BaTCC). At the season opener at Riga, Valters Zviedris drove to second place in the TCR category in the first sprint race. In the second heat, the 20-year-old Latvian crossed the finish line as the winner after 14 laps with a wafer-thin lead of 0.897 seconds. In the six-hour endurance race, Valters Zviedris finished third in the TCR class together with his teammates Ivars Vallers and Konstantin Calko in the team’s Audi RS 3 LMS.

Third place in Japan: In the second round of the TCR Japan at Autopolis, Japan’s Masanobu Kato in the Audi RS 3 LMS of Audi Team Mars kept a cool head in a turbulent race action with many spins and off-track excursions. Kato crossed the finish line in third place after ten laps in Saturday’s race. Due to the extremely adverse weather conditions, Sunday’s race was cancelled.