Home 2022 Audi Teams up with Netflix on “The Gray Man” 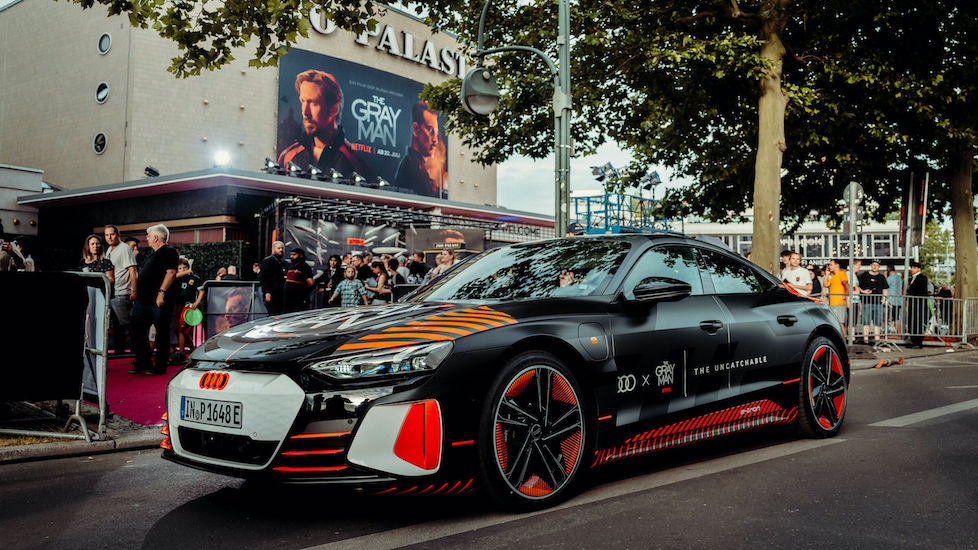 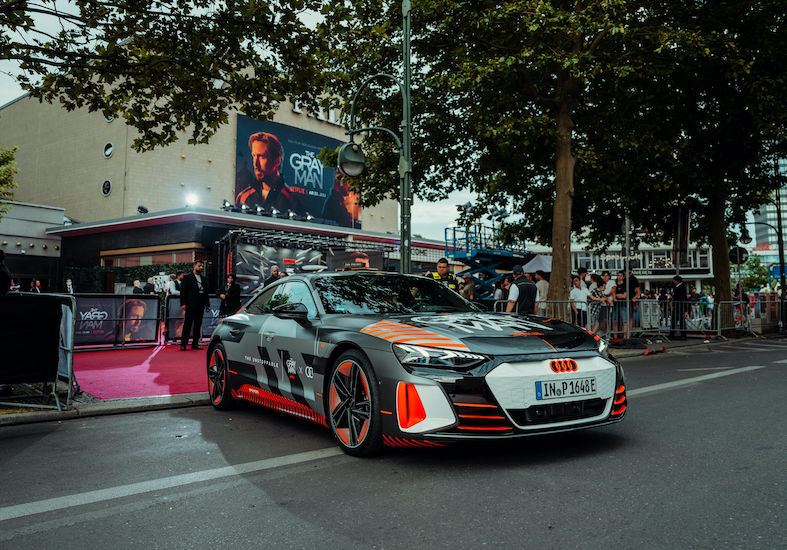 Audi and Netflix collaborate on The Gray Man to bring the world of Sierra Six (Ryan Gosling) to fans around the world. As the film’s official automotive brand, four Audi vehicles will be featured including the all electric Audi RS e-tron GT1 and Audi Q4 Sportback e-tron, as well as the Audi RS 7 Sportback2 and Audi R8 Coupe.
The Gray Man opened in select theaters globally on July 15 and will be released worldwide on Netflix tomorrow July 22, 2022. The Gray Man is a modern-day global action thriller that features a star-studded cast: Ryan Gosling (Sierra Six), Chris Evans (Lloyd Hansen), Ana de Armas (Dani Miranda), Jessica Henwick (Suzanne Brewer), Regé-Jean Page (Denny Carmichael), Wagner Moura (Laszlo), Julia Butters (Claire), Dhanush (Avik San), with Billy Bob Thornton (Donald Fitzroy), and Alfre Woodard (Margaret Cahill), and more.
Four Audi vehicles take the spotlight
The fully electric Audi RS e-tron GT1 is driven by Sierra Six (Ryan Gosling) and the fully electric Audi Q4 Sportback e-tron is driven by Agent Dani Miranda (Ana de Armas).
The Audi RS 7 Sportback2 is featured in a chase sequence with Agent Dani Miranda behind the wheel and the Audi R8 Coupé is seen in a drive up sequence with Avik San (Dhanush).
“This film has a global appeal and intrigue,” says Henrik Wenders, Head of Brand, AUDI AG. He explains the true extent of Audi’s role in creating the production, which went far beyond simply providing vehicles.
“This cooperation made us feel action and high speed. Like the Russo brothers we at Audi are leveraging technology to create something unseen and unexperienced before,” he said.
“Audi worked with the directors Joe and Anthony Russo on selecting the new cars. It was fascinating to be partners on this film production and to work closely with Netflix.”
Anthony Russo commented: “As storytellers, we have always been very interested in finding and exploring new technologies to find new tools to do something no one has ever done before. That’s what excites us. That kind of approach I would apply to anything particularly to the evolution that’s happening with cars right now. As much as I love the cars of the past and today, I am certainly most interested in where cars are going tomorrow. That is an exciting new frontier that’s going to bring whole new experiences for us not only as drivers or consumers but also as people who have to coexist with cars.”
Following the Netflix launch on July 22, 2022, Audi will tell the story behind the Audi Q4 Sportback e-tron in a digital short film where viewers will learn how Agent Dani Miranda (Ana De Armas) was first acquainted with her electric car.
This collaboration between Audi and Netflix will come to life across nearly 30 countries around the world, with global premiere arrivals that include Audi’s fully electric fleet as well as social and digital activations for fans to further immerse themselves in the world of The Gray Man.
To learn more about how the Russo brothers worked with Audi to make The Gray Man and to watch an exclusive behind-the-scenes video showcasing the cars in action visit progress.audi: The Gray Man – Russo Brothers and The Gray Man – new perspectives.