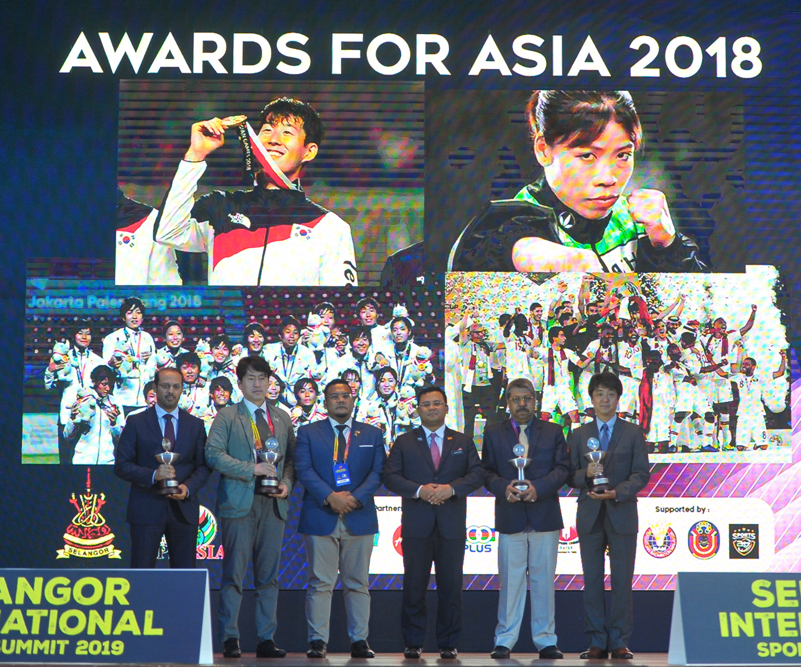 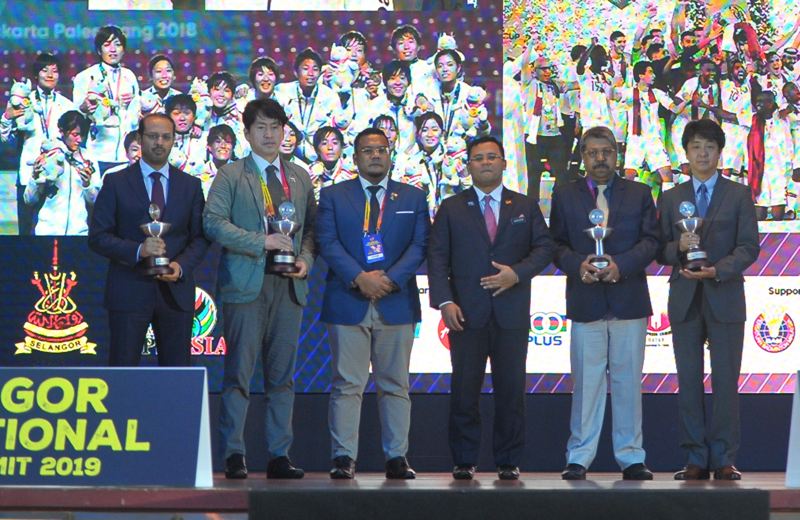 The Chief Minister of Selangor, YAB Tuan Haji Amirudin Shari, gave away the winning trophies to the winners’ representatives from the various countries.

AIPS Asia, the organisation representing sportswriters in Asia since 1978, announced the winners at the end of the Selangor International Sports Summit which was a collaboration with the state of Selangor.

The Awards For Asia, held for the inaugural time in conjunction with the AIPS Asia Congress and the Selangor International Sports Summit 2019, recognises and celebrates Asian athletes who excelled at the highest level.

The 26-year-old national player and Tottenham Hotspur megastar is currently the leading Asian player plying his trade in the prestigious English Premier League. Since starting his career with FC Seoul in 2008, Son then moved to Hamburger SV and Bayer Leverkusen before signing with Tottenham in in 2015. Last year, Son led the South Korean team to the Asian Games gold medal.

“Son is an amazing football player and we are delighted he has been selected as the first winner of the Asian awards. He is committed and has worked hard for both country and club,” said Jung Hee Don, the President of the Korea Sports Press Union. Hee Don, who is also the AIPS Asia 1st Vice-President, said the Asian sportswriters’ fraternity felt it was timely to recognise the best Asian athletes and so decided to introduce the awards this year.

India’s six-time world champion Mary Kom picked up the Best Female Athlete Award following her exploits in the Asian women boxing scene. The 36-year old flyweight boxer is the only woman boxer to have won a medal in seven world championships.

The Best Asian Male Team Award went to the Qatar National Football Team. The team have appeared in 10 Asian Cup competition and emerged champions in the latest edition.

The team had a great 2019 Asian Cup campaign, conceding only one goal enroute to the finals where they defeated Japan. It was the team’s first-ever major tournament title. The team will be participating in the 2022 FIFA World Cup which Qatar will host.

Meanwhile, Japan’s Women’s football team, winner of the 2011 Women’s World Cup and runner up in 2015, won the Best Asian Female Team. Having reached the quarterfinals of this year’s World Cup, the team were also winners of the 2014 and 2018 AFC Women’s Asian Cup as well as the 2010 and 2018 Asian Games.