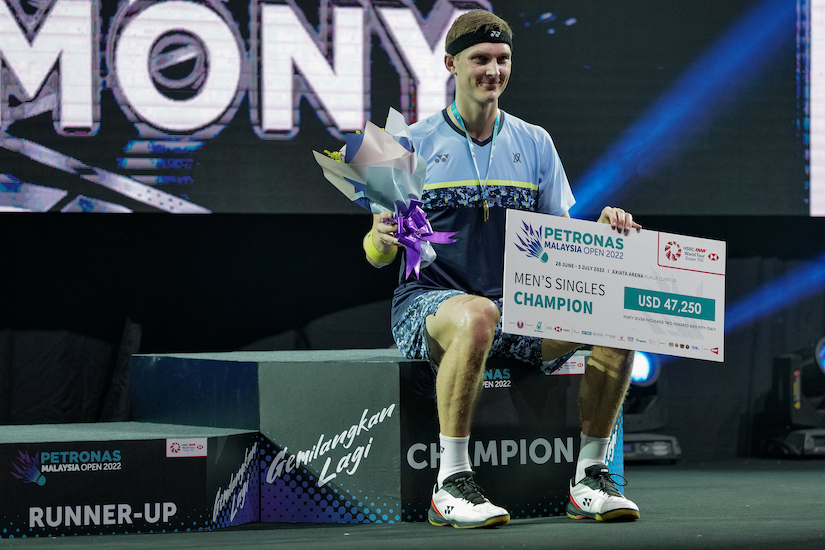 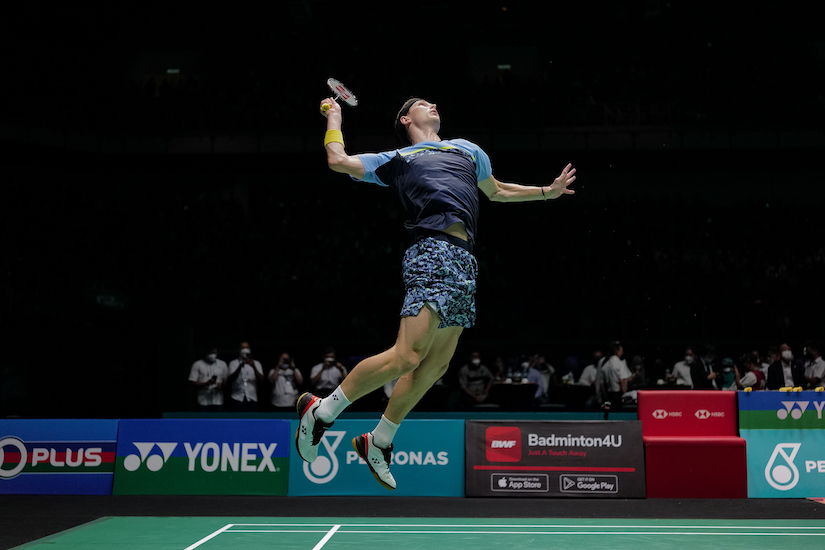 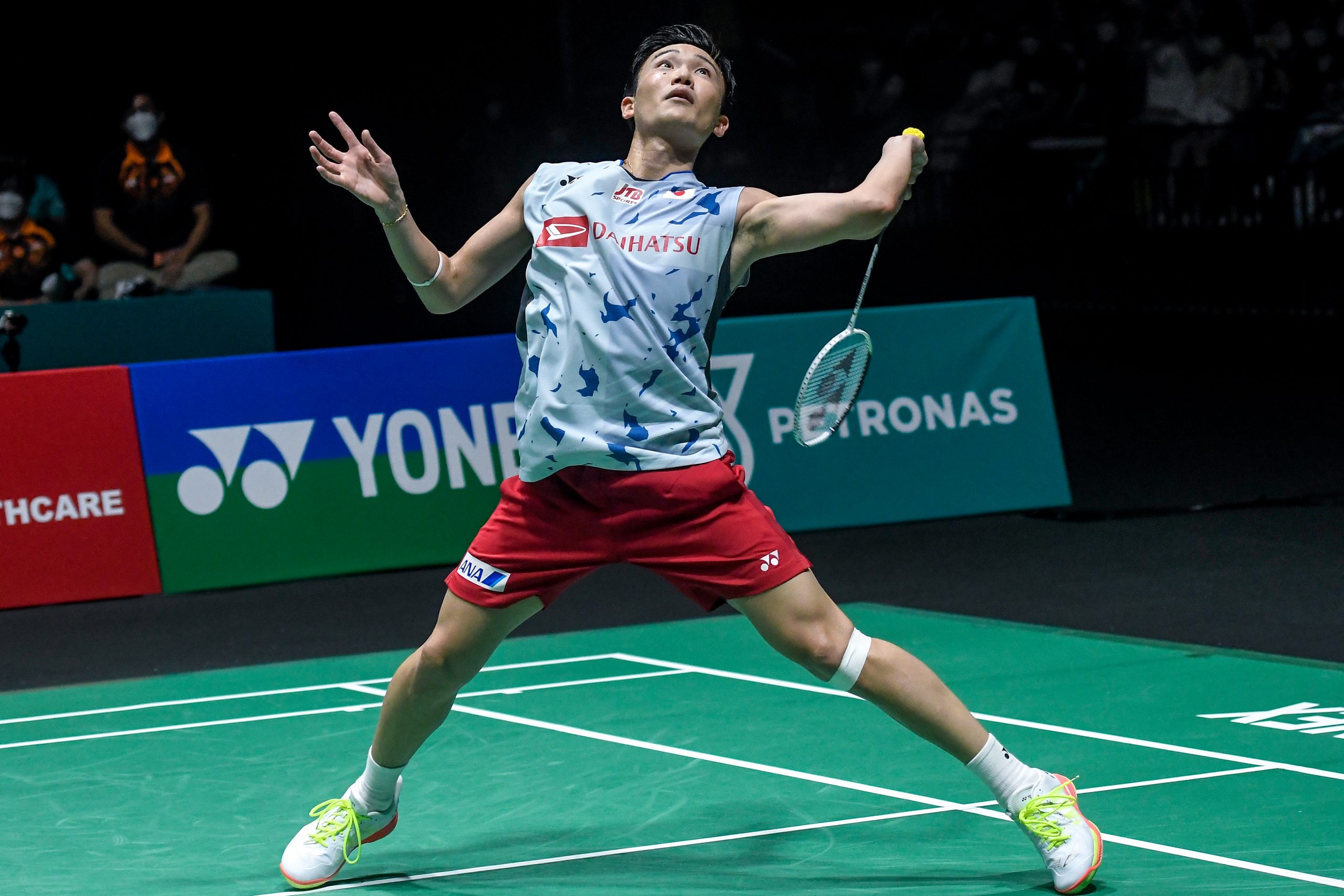 Viktor Axelsen claimed his first-ever Petronas Malaysia Open title and in the process shut the book on a possible fairy tale ending for Kento Momota today.

The Dane swung his racquet like a wizard’s wand to deliver a magical performance, mesmerizing over 10,000 screaming fans at the Axiata Arena.

The top seed took just over half an hour to end Momota’s Malaysian dream comeback 21-4, 21-7.

The victory today was the world’s No. 1’s fifth title so far this season after earlier triumphs at the All England, Indonesia Open, Indonesia Masters and the European Championships.

This evening, fans were hoping Momota would win the Malaysia Open and erase the bitter memories of his tragic accident after winning the 2020 Malaysia Masters.

But it was not to be as the reigning Olympic champion blew his second seeded rival away to deservingly claim the Open crown. Momota, a former two-time world champion, was simply no match for Axelsen who shot for the stars and never looked back.

Axelsen was in his element and nothing was going to stop him from wresting his first Malaysia Open title.

Both players were surprised with their performances. “I thought I was getting better in this tournament, but it was too much for me today,” Momota, 27, admitted after the final.

A delighted Axelsen said: “I was surprised with my levels today.” Axelsen said he was expecting a tough match but he found explosiveness in his game today.

Earlier in the day, world No. 2 Zheng Si Wei-Huang Ya Qiong claimed their third straight Malaysia Open title. The Chinese pairs, winners in 2018 and 2019 before the events were cancelled due to Covid, swept past their rivals Dechapol Puavaranukroh-Sapsiree Taerattanachai 21-13, 21-18. For Zheng Si Wei, it is his fourth title in a row as he also won in 2017 with then partner Chen Qingchen.

In the women’s doubles game featuring both unseeded pairs, Apriyani Rahayu-Siti Fadia Silva Ramadhanti dug deep into their reserves before prevailing in the final against Zhang Shu Xian-Zheng Yu. The Indonesians won 21-18, 12-21, 21-19 in 71 minutes, the longest final of the day. 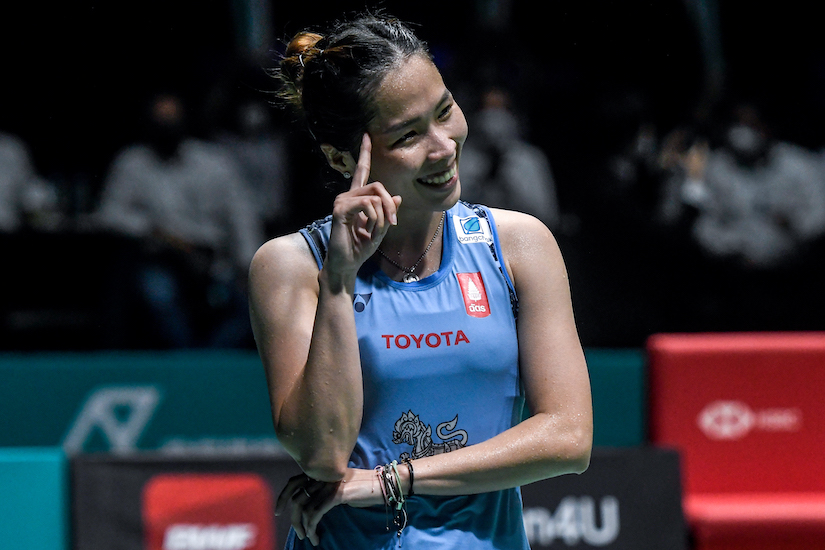 Ratchanok Inthanon, the eighth seed here, snatched her second Malaysia Open title after defeating Chen Yu  Fei 21-15, 13-21, 21-16 in just over an hour. Ratchanok first won the title in 2016 but Tai Tzu Ying went on to dominate the next three years before Covid pulled the plug on the event in 2020 and 2021.

In the men’s doubles, Takuro Hoki-Yugo Kobayashi, the second seeds, had to massive fight against Indonesia’s exciting pair of Fajar Alfian-Muhammad Rian Ardianto. After an hour-long battle, the Japanese duo emerged victorious, winning 24-22, 16-21, 21-9.