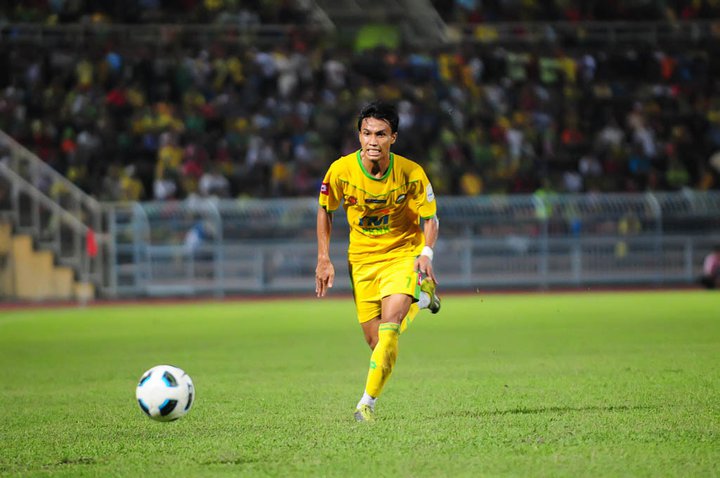 National striker Baddrol Bakthiar sent Premier League’s Kedah into the Malaysia Cup quarter-finals with a 2-0 win over Perak in a Group B match at the Darulaman Stadium in Alor Star on Wednesday night – a result which sent Perak crashing out of the competition despite going into the match as group leaders and needed only a draw to advance.

Joining Kedah in the last eight was Terengganu who earned a precious points from their scoreless draw against Sarawak in Kuala Terengganu to finish second in the group with nine points. Perak who went into the match as group leaders with eight points and a better goal difference slipped to third.

The night belonged to Baddrol – setting up Australian Billy Mehmet who scored with a brilliant header for Kedah’s first goal in the 73rd minute. But it was Baddrol’s second goal for his team which will be hailed as one of the best goals seen in the M-League this season. It was a real beauty scored from an acute angle.

The nippy Baddrol took four strides to his right and shrugged off his marker before sending sweet left footer into the roof of the Perak net to put Kedah in the driving seat three minutes later .

At the Shah Alam Stadium, 32 times Malaysia Cup champions re-ignited their “MIssion 33” when the Red Giants overcame a stubborn T-Team 1-0 with Brazilian hot-shot Paulo Rangel netting the winner in the 25th minute. Selangor finished second in Group D with 10 points.

Premier League champions Police continued their rich form in the Malaysia Cup with a 3-1 win over Sime Darby at the Tuanku Abdul Rahman Stadium in Paroi, Seremban – to top Group D with maximum points after winning all their six matches.

Kedah coach Tan Cheng Hoe, said playing Kelantan in the quarter-finals is a “tough call” but is confident the Red Warriors can be tamed if the players keep the momentum.

“This is the knock out stage of the competition. If my players can give the same type of commitment, dedication and discipline they have shown their group matches I believe we can beat Kelantan,” said Cheng Hoe.