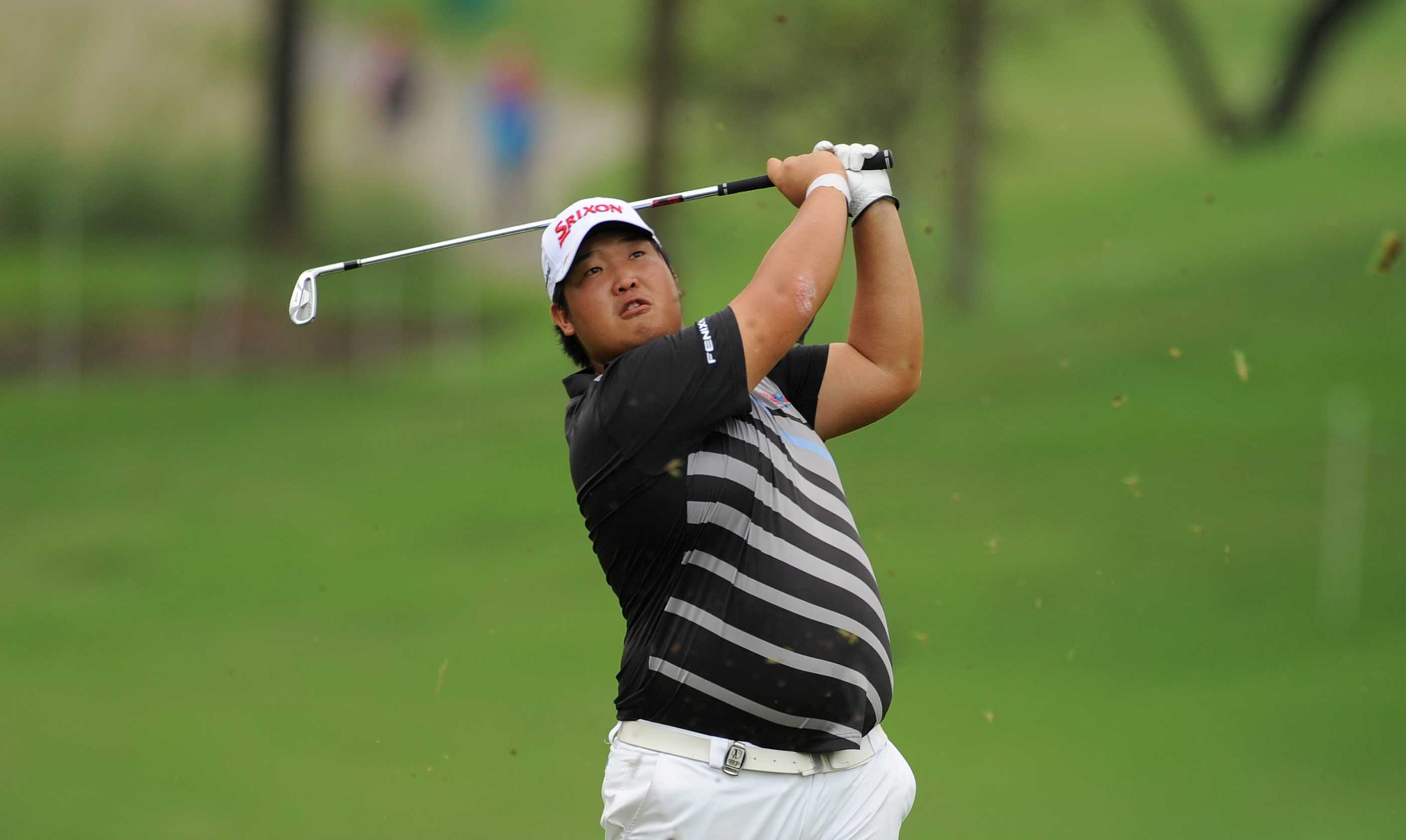 Korea’s Baek Seuk-hyun is relishing the prospect of teeing up against the best players from the Asian Tour and Japan at next week’s Asia-Pacific Open Golf Championship Diamond Cup.

Sanctioned by the Asian Tour and the Japan Golf Tour, the Diamond Cup boasts a lucrative prize fund of 150million Yen (approximately US$1.5 million) and will be staged at the Ohtone Country Club from September 25 to 28, 2014.

The Thai-based Korean has come close to winning his maiden Asian Tour title on numerous occasions since he earned his Tour card at Qualifying School in 2010.

Most recently, Baek was denied a grandstand finish in Jakarta by the brilliance of India’s Anirban Lahiri in April.

He then settled for a fifth-place finish in Thailand before the Asian Tour went into its summer break in June.

“I always look forward to returning to Japan to compete. My game is okay but I’m still struggling with consistency. It’s a big event and obviously the goal is to do well next week,” said Baek.

While consistency will be key for Baek, he is also bracing himself for the windy conditions ahead.

“The conditions are different from what we are used to and apart from the course set-up, it’s important to deal with the windy conditions,” said Baek, who is currently in seventh place on the Asian Tour Order of Merit.

Meanwhile Thailand’s Panuphol Pittayarat is hopeful of putting up a better showing after receiving a late entry into the Japanese showpiece.

Japan has never been a favourite hunting ground for the 21-year-old but he hopes for better fortunes this year.

“I like everything about the country but I’ve never made the cut there before! I don’t really get the chance to play in those conditions very often and I always found it tough playing on courses which feature bent grass, tight fairways and thick rough.

But you never know, as I certainly hope to make a breakthrough this year,” said Panuphol.

Panuphol, nicknamed ‘Coconut’ has only made the cut thrice in seven starts on the Asian Tour this season.

While it has been an erratic season, the Thai can be trusted to create an impression, just like how he did in Singapore when he came up short in his maiden title quest there.

Panuphol held the lead for the first three rounds before crumbling to his nerves on the final day and fell down the pecking order to finish in a share of 11th place at The Championship in May.

The Thai believes it is still work in progress but will emerge as a stronger contender once everything falls into place.

“I made lots of changes to my swing and short game. It’s getting better but I’m just not scoring that well.  It takes time when you want to make a change but hopefully, it’ll be better than before when it all comes together,” said Panuphol.

Over 35 tournaments winners from the Asian Tour will feature at the Diamond Cup. They include current Order of Merit leader David Lipsky, who became the first player from the Asian Tour to win the co-sanctioned Omega European Masters which is the only event to be held on European soil.

Lahiri, who is second on the money list, alongside Thailand’s Prayad Marksaeng, an eight-time Asian Tour winner, who has been victorious in Japan on four occasions, will also be among the favourites to win the Diamond Cup.

Japanese stars, Koumei Oda and Hideto Tanihara, who played key roles in securing a historic draw with Europe at this year’s EurAsia Cup, will also be in action alongside their EurAsia Cup teammates that include Thailand’s Kiradech Aphibarnrat and Korea’s Kim Hyung-sung.