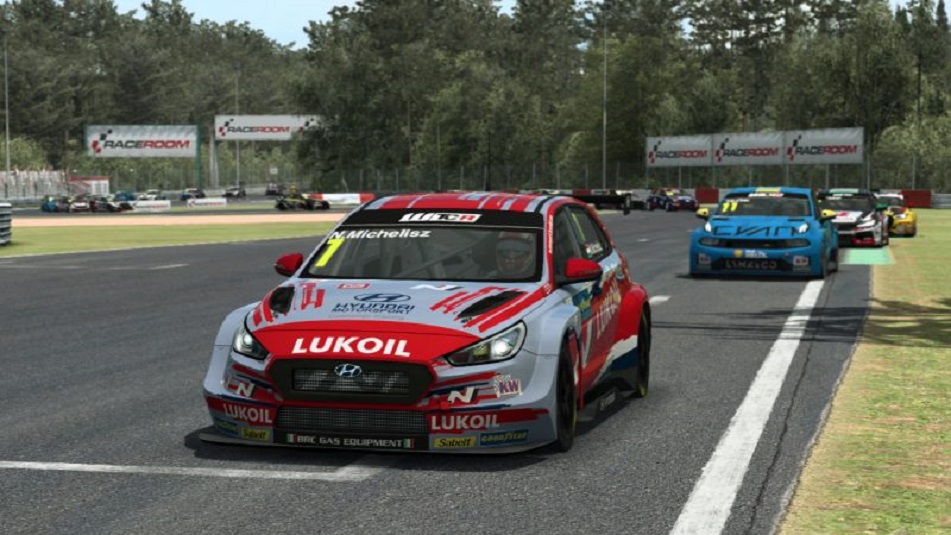 With 309 points and seven wins, Gergo Baldi is the Esports WTCR champion on RaceRoom for 2020.

The Hungarian made sure of the title with second place in the first of three races at a virtual Circuit Zolder on Sunday evening as Lynk & Co-powered pair Gianmarco Fiduci (Team Fordzilla) and Kirill Antonov (LADA Sport Rosneft eRacing Team) landed their maiden Esports WTCR race victories.

Despite being under pressure early in the season, M1RA Esports Hyundai driver Baldi showed stunning pace and an ability to stay calm, especially at the Nürburgring Nordschleife, the hardest track of them all.

Baldi took the title ahead of 2018 champion Bence Bánki (Red Bull Racing Esports), who showed strong form at the Slovakia Ring and MotorLand Aragón and also pulled off some some courageous passes along the way.

Driving a virtual Audi RS 3 LMS, Dávid Nagy matched his 2019 finishing position for M1RA Esports in third having claimed two wins during the course of the title fight.

In the close battle fourth, Fiduci was victorious, beating Florian Hasse. Antonov, Adam Pinczes, Zoltán Csuti, Martin Barna and Bence Zsupanek round out the top 10 in the final standings.

WTCR – FIA World Touring Car Cup racers Esteban Guerrieri and Yann Erhlacher were both in action with Guerrieri finishing in the points in Race 2. However, Ehrlacher’s evening was cut short by technical issues.

Race 1 recap: Fiduci takes maiden win, Baldi seals the deal
Having topped pre-qualifying, Bence Bánki had been expected to take the pole position. But it was fellow Lynk & Co driver Gianmarco Fiduci who came out on top ahead of Gergo Baldi.

Fiduci led away at the start with Ehrlacher making instant progress to close up on Guerrieri with the pair going side by side through the chicane.

Fiduci remained in front but was now coming under pressure from Baldi, only to respond by gradually increasing his lead.

Bánki overtook Zsupanek for fifth, while Zoltán Csuti (M1RA Esports / Audi) was gaining places, first over Martin Barna and then Bence Zsupanek for sixth, while Kirill Antonov dropped back as the race progressed.

Out front Fiduci continued to extend his lead, while Bánki was putting pressure on Hasse. There was also an all-Audi battle for P6 between Csuti, Zsupanek and Barna.

But no one could catch Fiduci. The Italian secured an emotional first victory, ahead of Baldi, who was able to celebrate winning the Esports WTCR Championship for 2020 two races early. Nagy placed third ahead of Hasse, Bánki, Csuti, Zsupanek, Barna, Pinczes and Juan Manuel Gomez.

Ehrlacher was not so lucky, however, when he was sidelined by a computer system update and had to retire from the entire event as a result. Alfa Romeo drivers Pointeau and Smirnow both stopped early.

Race 2 round-up: Baldi celebrates in style, Guerrieri in the points
With the Esports WTCR title secured, Baldi picked up where he left off by securing pole position for Race 2 ahead of Fiduci and Hasse. Guerrieri impressed by qualifying in P16 and outpacing nine Esports WTCR drivers in the process.

Baldi remained in front at the start ahead of Fiduci, who quickly came under big pressure from an attacking Florian Hassse, his rival for fourth in the standings.

While Guerrieri briefly moved into P13, Rasmus Salo was eliminated in a huge crash further down the order.

There were battles throughout the field with Bánki and Nagy going side by side through the first sector in the fight for fourth, while Norbert Leitner was up to sixth.

Hasse immediately lost second position again after picking up a slowdown penalty for exceeding track limits, which allowed Fiduci and Nagy through. Bánki also overtook the German simracer to move up to fourth.

Baldi was in control up front and claimed his seventh win ahead of Fiduci and Bánki, who demoted Nagy for the final podium spot at the last corner of the last lap.

Nagy took fourth ahead of Hasse, Leitner, Pinczes, Zsupanek, Leandro Werle from Snow Schatten Esports, and the strong debutant Matija Markovic. The Absolute Motorsports driver from Montenegro scored a top 10 on his debut driving a Lynk & Co. Guerrieri finished in a strong P15.

Race 3 round-up: Esports WTCR season closes with a breakthrough Antonov win
There was a surprise in qualifying with 16-year-old Russian Kirill Antonov taking his first pole position ahead of Zoltan Csuti.

And Antonov made the most of his pole position by defending his lead into the opening turn, ahead of Csuti, Hasse, Baldi and Leitner.

Leitner, however, was struggling to keep pace with the leaders and dropped behind Fiduci and Bánki before Barna also overtook. While the leaders were close, Csuti couldn’t find a way to pass Antonov.

With 10 minutes to go, Fiduci made a brave move into Turn 7, diving ahead of Baldi for fourth, a move he was able to make stick. Baldi then came under pressure from Bánki but he managed to keep his rival behind him.

Antonov was also able to resist constant pressure from Csuti to win in Esports WTCR for the first time ahead of Csuti, Hasse, Fiduci, Baldi, Bánki, Leitner, Zsupanek and Salo. Guerrieri finished P17 after he got ahead of Márk Balazsin just before the end.

The Werle twins both retired early on. Gianpietro Venieri ended up in a gravel trap while Alessandro Ottaviani got nudged into a spin. – www.fiawtcr.com 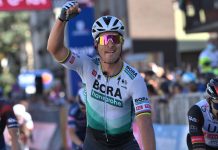