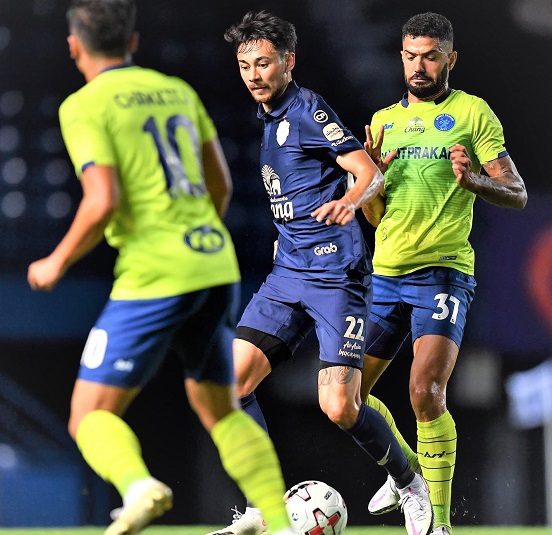 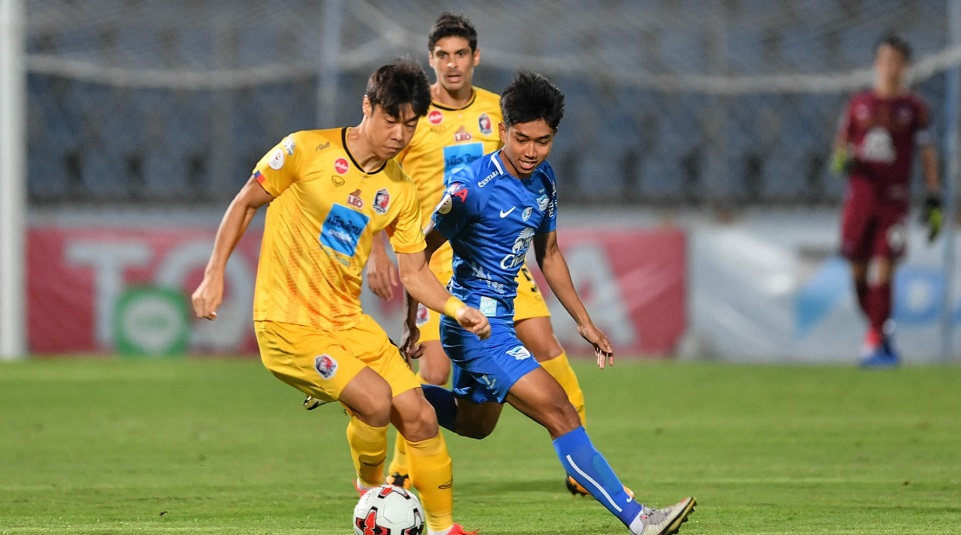 Seven-time Thai league champions Buriram United are not having the season they should have in the 2020 Toyota Thai League 1 where this week, they fell to a 3-1 loss to lowly Samut Prakan City at home.

Not only was the loss tough to swallow, but it was also Buriram’s third defeat at home in four matches at their home base of the Thunder Castle.

But the second half would see Samut Prakan sprang a surprise on the 2018 Thai League champions with two more goals off Chakkit Laptrakul (53rd minute) and then Barros Tardeli (71st) for the win.

The loss saw Buriram remained eighth in the 16-team standings as Samut Prakan improved to 11th after 13 matches played.

In the meantime, BG Pathum stayed comfortable at the top of the table where they have opened up a seven-point lead over second placed Port FC.

They scored a 2-0 win over Nakhon Ratchasima FC in their last match on the road with a double from Victor Cardozo (44th and 68th minute).

The win saw BG Pathum amassing 35 points from 13 matches played as second-placed Port FC picked up 28 points with a game in hand.

Port’s last game was a 2-0 win over Chonburi FC where they found the back of the net through Nelson Bonilla (44th minute) and Adisak Kraison (90th). 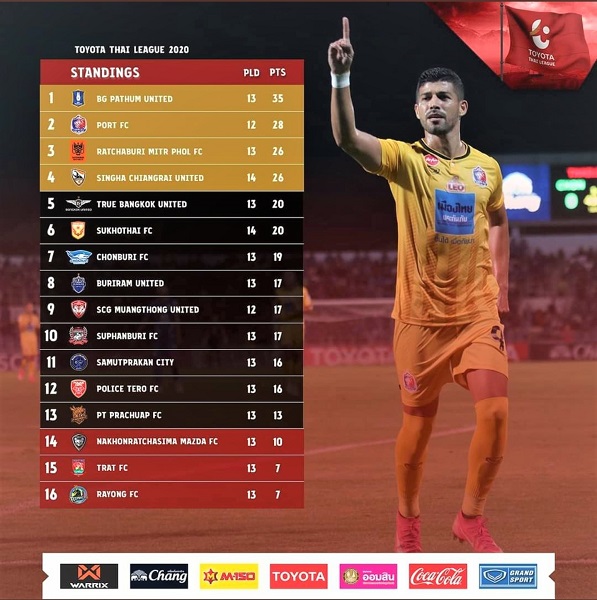