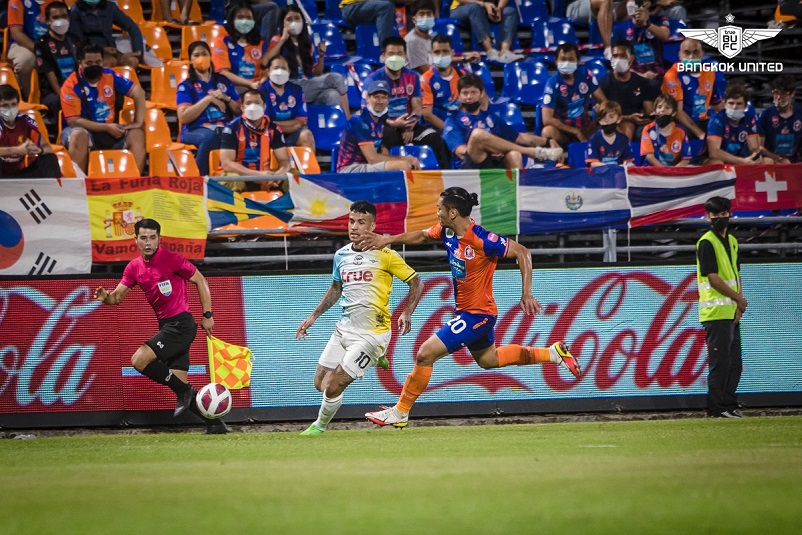 In the match that was played at the PAT Stadium, Adisak Kraisorn had given Port the lead with just four minutes left of the first half.

But just when the home team thought that they had the three points in the bag, Thitipan struck the equaliser deep in injury time to steal the one point for Bangkok United.

With the draw, it was enough for Bangkok United to go top of the Revo Thai League 1 standings – with a point advantage over second-placed Buriram United, who had the weekend off.

In the meantime, Chonburi FC were made to work hard before they were able to hold Muangthong United to a 1-1 draw at home at the Chonburi Stadium.

Sardor Mirzayev gave the visiting Muangthong side the lead on 41st minute as Renato Kelic then pulled back the equaliser for Chonburi just six minutes into the second half. 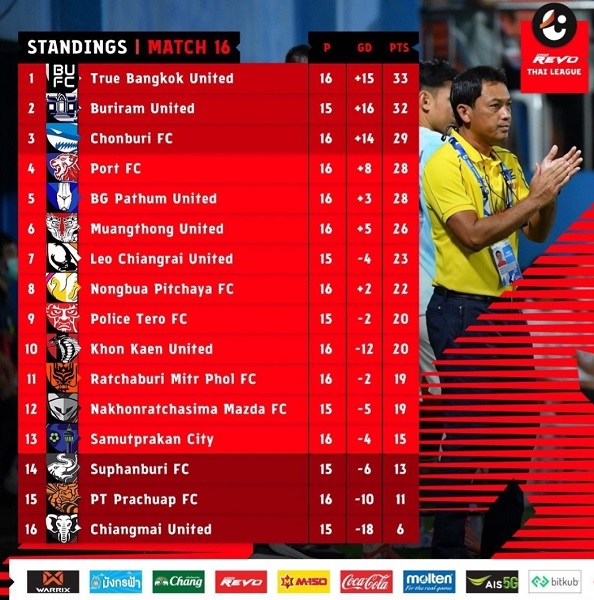