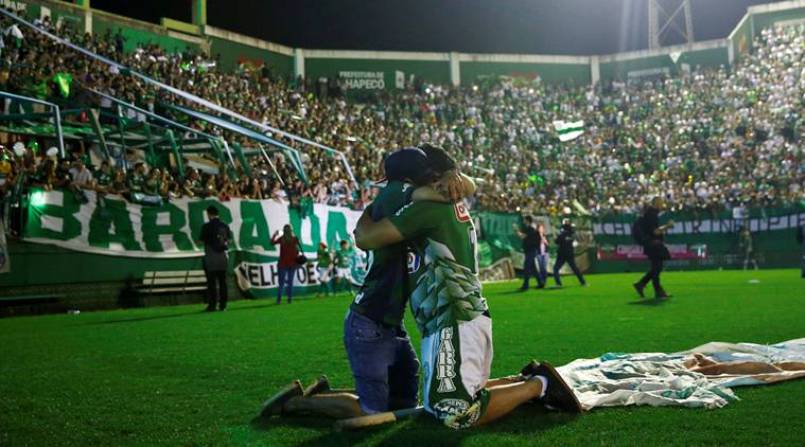 Spanish giants Barcelona said Thursday they had pledged to aid the reconstruction of Brazilian side Chapecoense, decimated by an air crash last month in Colombia.

The Catalan club said they had invited Chapecoense to participate in the pre-season Joan Gamper tournament next August at the Nou Camp.

“Barcelona has agreed to invite the Brazilian team Chapecoense, victim of a tragic air accident as they headed for the final of the Copa Sudamericana, to the next edition of the Joan Gamper trophy,” a club statement read.

Barca said they wanted to pay homage to the 71 people who were killed in the November 28 crash – many of them  players and officials of the Brazilian club — and their loved ones.

“With the invitation to Chapecoense to the 2017 Joan Gamper trophy FC Barcelona wishes to help with the institutional and sporting reconstruction of the club,” the Catalan club said.

It added it hoped the initiative would help the Brazilians “regain the level of competition it previously had.”

Barca said the Nou Camp date would constitute a “great homage from the world of football” in memory of the victims of the tragedy which shook the sporting world and revived memories of the 1958 Munich air disaster, in which eight Manchester United players died.

Current Manchester United goalkeeper, Spaniard David de Gea, tweeted after the accident in Medellin that he was deeply affected, not least as he previously played alongside Cleber Santana, one of the victims, at Atletico Madrid.

Barca’s invitation is designed to be one of a series of initiatives to help Chapecoense, from the southern city of Chapeco, get back on their feet.

The previously unheralded side had qualified for the Copa Sudamericana, the equivalent of the Europa League, for the first time and had been due to face Colombian giants Atletico Nacional in the first leg.

Their squad was all but wiped out when their Bolivian airline Lamia plane went down in a mountainous region.

Some Brazilian sides have said they will loan players to the club for the coming season to help them fulfil their fixtures. – Agence France-Presse