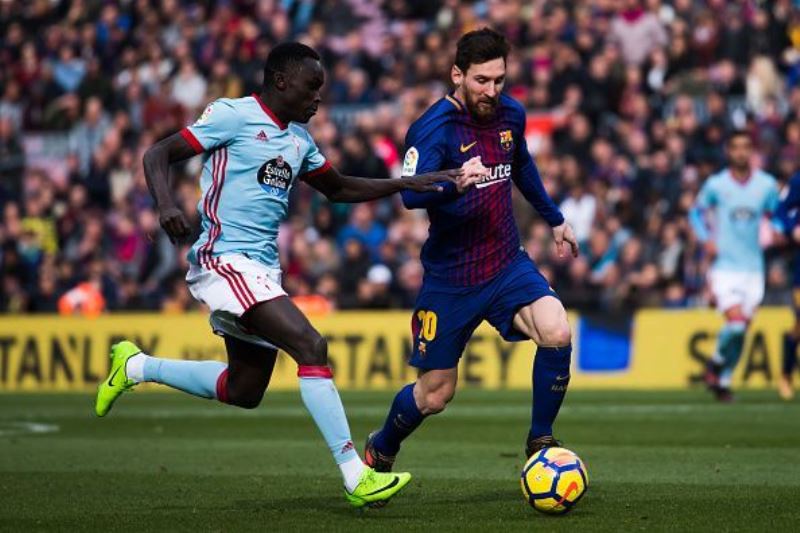 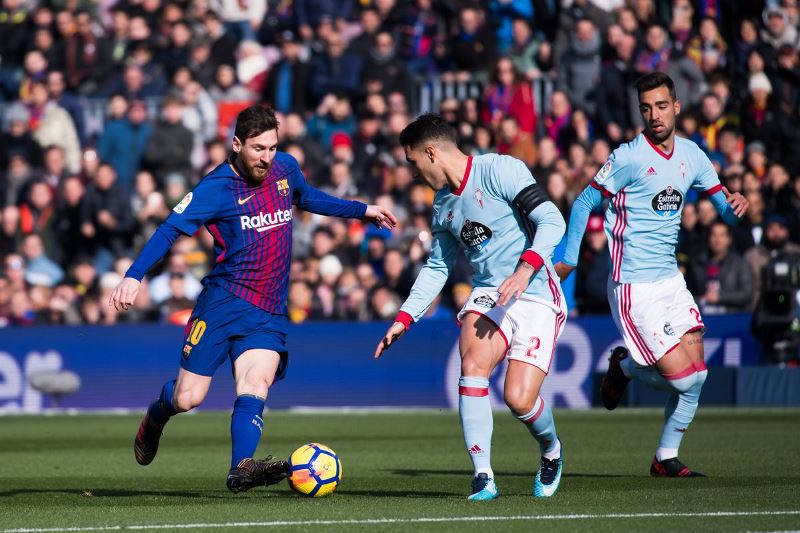 Celta Vigo breathed life into La Liga’s title race becoming the first team this season to take points off Barcelona at the Nou Camp in a thrilling 2-2 draw on Saturday.

Iago Aspas gave Celta an early lead, but an inspired display from Lionel Messi appeared to have earned Barca another three points as he immediately equalised and then helped tee up Luis Suarez to put the hosts 2-1 in front.

However, the excellent Aspas set up Maxi Gomez 20 minutes from time as Barca centre-back Samuel Umtiti suffered what could be a costly injury.

Barca’s slip-up is a boost for Real Madrid and Atletico Madrid, who can close to within six points with victories over Athletic Bilbao and Real Sociedad respectively later on Saturday.

“We are Barcelona and we want to win every game, but it isn’t always possible,” Barca boss Ernesto Valverde told BeIN Sports Spain.

“Today we’ve drawn when we had more chances to win, but the league depends on a long season, not just one game.”

Celta have been a bogey side for Barca in recent years, beating the Catalans once in each of the past three seasons.

And a positive start from the Galicians on Celta boss Juan Carlos Unzue’s return to the Camp Nou, where he spent three years as Luis Enrique’s assistant, was rewarded 20 minutes in.

Aspas sprung Barca’s offside trap and crossed for the unmarked Gomez who was denied by an incredible save by Marc-Andre ter Stegen.

However, the rebound fell for Aspas to slot home his ninth goal of the season.

“Barca had more chances but I think with the ones we had we put Ter Stegen to the test,” said Unzue.

“It is a good result for us and I think it is a deserved one.”

Celta’s lead lasted two minutes, though, as Messi latched onto Paulinho’s pass to fire low under Ruben Blanco for his first goal since late October.

Messi then took control of the game as Barca pressed to go ahead before half-time.

A sensational pass from the Argentine was smashed home by Suarez, only for the Uruguayan to be wrongly flagged offside.

Paulinho then had a huge chance at the start of the second period when he rounded Blanco only to fire into the side-netting.

It seemed a matter of time before Celta’s resistence was broken and Barca’s second duly arrived just after the hour when great work by Messi and Jordi Alba teed up Suarez for his first goal at the Camp Nou in nearly three months.

An end-to-end encounter swung back Celta’s way in a double blow for Barca.

Umtiti pulled up with what looked like a hamstring problem as he chased Aspas down the right and the Spanish international then patiently picked out Gomez to fire into an unguarded net.

“It was a series of unfortunate incidents in the one move,” lamented Valverde.

“Above all for the injury to Samuel than to give away the goal.”

Thomas Vermaelen was brought on for Umtiti, who has shone this season but could now miss Barca’s El Clasico trip to Real Madrid on December 23.

It was Barca’s other stalwart centre-back who should have restored the hosts’ lead when Gerard Pique hit the outside of the post from another defence-splitting Messi pass.

Unfortunately for Barca, Messi’s best chance of a winner was with his head as he nodded wide when Denis Suarez’s blocked shot fell his way.