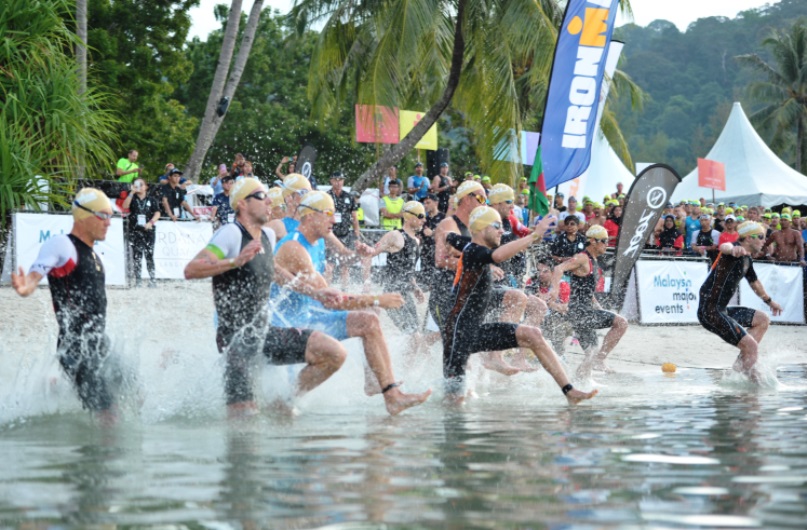 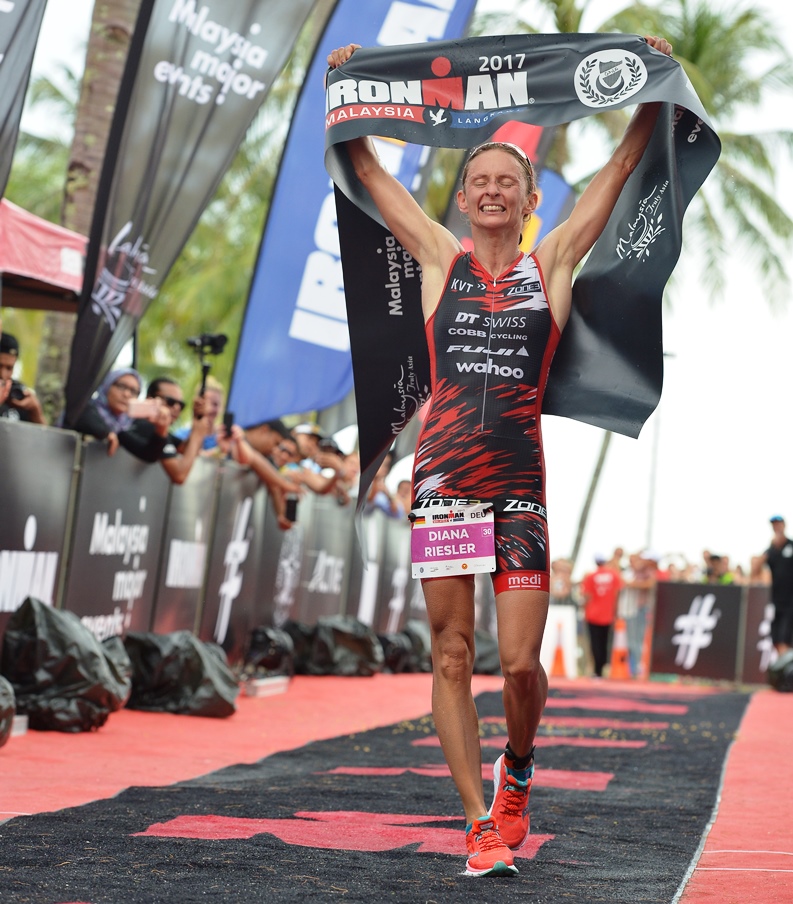 This year’s event in Langkawi saw more than 70% of registered athletes coming from over 60 different countries. The Top 5 international countries were Japan, Singapore, China, Australia and Philippines. Thirty-five athletes from 19 countries in the professional category competed for qualifying points and personal best times, as well as the pot of USD 25,000 prize money.

The high volume of local and international athletes that thronged Langkawi over the course of the 5-day race week certainly brought the island to life, at the same time boosting the tourism income and the livelihood of the island dwellers.

“On behalf of the Ministry of Tourism and Culture Malaysia, I would like to congratulate the triumphant champions and the participants of IRONMAN® Malaysia as well as IRONMAN® 70.3 Langkawi for their pure determination and exceptional mettle to cross the finish line. I would also like to commend the organisers, World Endurance Malaysia and partners for successfully putting together a remarkable event; bringing together athletes, fitness enthusiasts, their family and friends, whilst placing Malaysia on the map for high level sports tourism,” said  Datuk Zulkefli Haji Sharif, Chief Executive Officer of Malaysia Convention & Exhibition Bureau (MyCEB)

Frenchman Romain Guillaume, who was in command throughout the men’s race, grabbed his first win in IRONMAN Malaysia with a course record time of 8:32:53. He previously attempted the 2015 and 2010 editions, coming in 20th and 3rd place respectively.

An emotional Guillaume said, “I’m really glad that I finally won the 2017 IRONMAN Malaysia title. I’ve experienced many setbacks while trying to win the most-coveted title in triathlon. I learned from my past years’ mistakes and made sure that I don’t repeat them again. I was motivated to come and participate again because Langkawi has a special place in my heart. The island is beautiful, and the people are friendly and nice. They were always cheering for me. I dedicate my win to my loved ones who have always been there for through my ups and downs. I promise to come again next year to defend my title. It’s nice to know that I also beat the record for this year.”

In the women’s race, German Diana Riesler extended her remarkable record-setting run with a fourth straight victory at IRONMAN Malaysia on the stunning island of Langkawi. All that stood between her and history was a solid marathon, which she achieved, winning in 9:19:00 to extend her outstanding record at Langkawi.

Fellow German Mareen Hufe, who has established an outstanding record and is always tough late in the year finished second. While Riesler and Hufe are seasoned performers, there was joy for Frenchwoman Manon Genêt who earned her first podium in her rookie year as a professional, finishing third.

“I’m very happy that I get to defend my title for the 4th time in a row,” exclaimed Riesler. “I do believe I have a special bond with Langkawi. The people are friendly and nice and I get to see sea gulls every time I’m here. I think that is pretty special. The three disciplines went well for me. I love the rain this time and managed to adapt to it in no time.”

“This is my 2nd time participating in IRONMAN, and I’m very happy to have qualified for the 2018 IRONMAN® World Championship. I truly enjoyed the race yesterday. I had a very smooth swim, but it got quite hilly for the bike leg, and the rain cooled the temperature which helped to bring my heart rate down during the run,” said the island home boy who completed the race 12 minutes earlier than the year before.

Top finishers in all age categories received trophies and celebrated during the Awards Night Dinner at the Meritus Pelangi Beach Resort & Spa Langkawi later that night. Shahrom Abdullah claimed the title of Best Malaysian Male with 10:19:51, while Mei See Chin was named the Best Malaysian Female for the 3rd time, coming in at 11:34:23, improving her 2016 finishing time of 12:02:27.

Other notable participants included 2016 IRONMAN Asia Ambassador Rupert Chen (10:24:27), who came in just under 5 minutes from rival Shahrom Abdullah, and Sepang International Circuit CEO Dato’ Razlan Razali (14:58:18), improving his finishing time of over an hour from the previous year.

Geoff Meyer, Managing Director of IRONMAN Asia, said, “Congratulations to Romain Guillaume, Diana Riesler, and all the athletes who completed this year’s IRONMAN® Malaysia and IRONMAN® 70.3® Langkawi. They have truly demonstrated that anything is possible, core of the IRONMAN spirit. Their perseverance and strength was an inspiring watch for a great finish. The support from the triathlon community, sponsors and partners over the years has been genuinely amazing for IRONMAN. The people of Langkawi have truly contributed to the success and making this event their own; resulting to being one of the best on a global level.”

Another fringe event, the IRONKIDS race held on November 10, also saw over 200 kids aged 4 – 17 taking part in 3 distances; 500m, 1km and 1.5km dash along Cenang Beach, sharing the IRONMAN finisher’s arch to experience the finish line at the Meritus Pelangi Beach Resort & Spa. IRONMAN Malaysia introduced the IRONKIDS race in 2015 to promote a healthy and active lifestyle to children.

The race expo took place from November 8-12, and featured booths by sports and lifestyle exhibitors as well as the IRONMAN official merchandise.