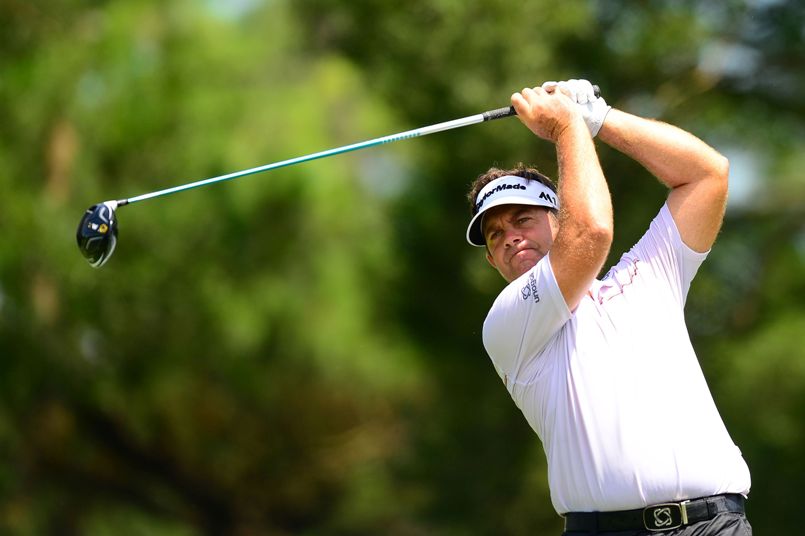 Scott Barr of Australia and Thailand’s Panuphol Pittayarat took charge of the Mercuries Taiwan Masters by shooting an opening four-under-par 68 on Thursday.

Barr and Panuphol, who are chasing for a first Asian Tour win, leads by one shot from Singapore’s Mardan Mamat and Chawalit Plaphol of Thailand at the US$800,000 Asian Tour event which is celebrating its 30th edition.

Chinese Taipei’s Chan Shih-chang, who is the highest ranked player this week, returned with a 70 to share fourth place with talented Thai teenager Phachara Khongwatmai, Miguel Tabuena of the Philippines and Lu Wei-chih, a two-time Mercuries Taiwan Masters winner.

The 23-year-old Panuphol was delighted take a share of the lead for the first time this season after shooting three birdies and one eagle after hitting a superb nine iron from 160 yards to three feet on the par five seventh hole. His only blemish came on the third hole where he three putted.

“It has been an off and on year. I have been making the cuts but didn’t get the job done during the weekend. I’ve been striking it well since Japan but I haven’t been holing enough birdie putts to get up there. I just hope the ball gets in my way this week,” said Panuphol.

After missing seven consecutive cuts earlier in the year, Barr took time off from the game and has enjoyed some good results including a tied third place finish in Chinese Taipei in July.

“I had a poor start in the year but things are starting to pick up midway through the season. I took some time off from the game and got away from the game. I had a chance to win in Chinese Taipei (in July) but it didn’t happen,” said Barr.

“I’m enjoying playing golf at the moment. I started teaching when I took a break from golf. I like picking on other people’s swing instead of mine,” he laughed. “I’ve been working on the same philosophy for some time so hopefully I can pick it up a little bit better this week.” 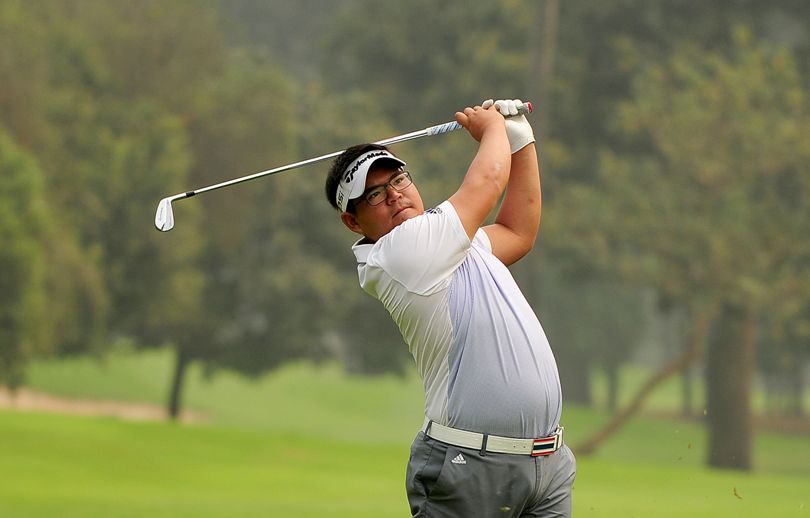 Starting from the 10th tee, Singapore’s Mardan chipped in for eagle on the seventh hole to trail by one shot as he marked his card with five other birdies against four bogeys.

The 48-year-old, a five-time Asian Tour winner, has been low on confidence since finishing in eighth place in Australia in February but he hopes to turn the corner and build on his good start.

“My season has not been great. I need to play some good golf towards the end of the season to keep my Tour card. I want to get some confidence back and trust myself. I’ve been playing this game for so long but I suddenly lost confidence in my game,” said Mardan.

Chawalit, a four-time Asian Tour winner but not since 2013, produced three straight birdies from the sixth hole before marking his card with one birdie and one bogey on his homeward nine to stay within a shot of the leaders.

“Anything under par here is a good score. I hit a lot of fairways and greens. This year, I’ve been struggling a bit with a wrist injury but now it is better so I hope I can do well this week,” said the 42-year-old Thai.

Scores after round 1 of the Mercuries Taiwan Masters 2016 being played at the par 72, 6923 Yards Tamsui Course course (am – denotes amateur):