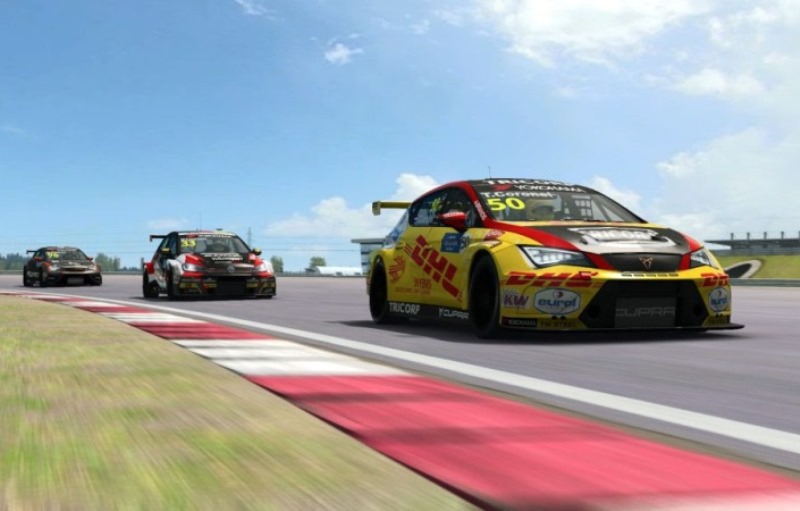 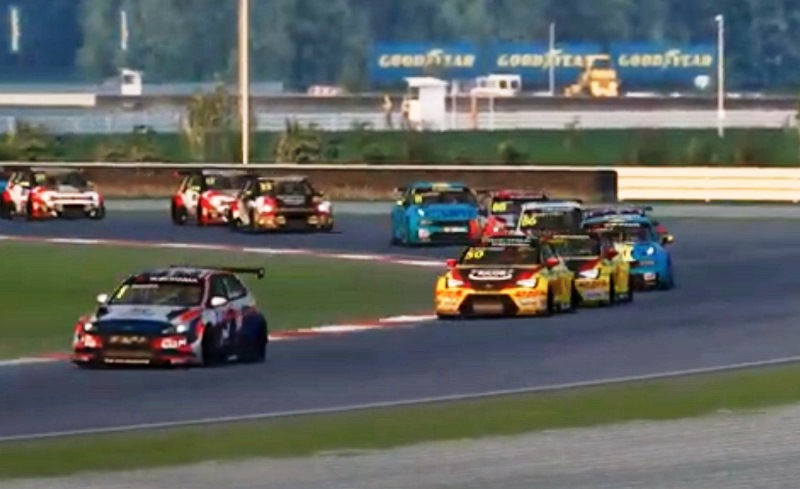 There was more dramatic action from the pre-season Esports WTCR series with a virtual Slovakia Ring hosting the latest instalment of sensational simracing RaceRoom-style on Monday night.

Top online racers from around the world took on 11 real-life drivers from the WTCR − FIA World Touring Car Cup to promote the governing body’s #RaceAtHome campaign, which encourages all non-essential workers to stay safe at home during the coronavirus pandemic.

Hungary’s Gergo Baldi (M1RA Esports / Hyundai) converted what was a last-gasp pole position into his second victory of the season as Slovakia-based Bence Bánki took the Race 2 laurels in his Honda for Red Bull Racing Esports.

But the star of the live show as undoubtedly Honda-powered Esteban Guerrieri, runner-up to Norbert Michelisz in the 2019 WTCR title fight. After scoring his first Esports WTCR points with ninth in Race 1, Guerrieri, from Argentina, was two laps from a Race 2 podium when contact from German driver Tim Heinemann sent him wide on a left-hander.

Scheduled to give WTCR drivers the chance to engage with fans while they wait the start of the 2020 WTCR − FIA World Touring Car Cup, the pre-season Esports WTCR series features four tracks plus cars and liveries from Esports WTCR 2019. A prelude to the full Esports WTCR online championship due to begin later this year, the pre-season series lists TrackTime, TAG Heuer and KW Suspensions as partners with a TAG Heuer watch going to the eventual champion.

Baldi best in Race 1, Guerrieri is first WTCR driver to score in ninth
Last year’s Esports WTCR online champion, Gergo Baldi (M1RA Esports / Hyundai) left it until the final few seconds of qualifying to grab the Race 1 pole, then made the most of his front-row spot to lead almost throughout, resisting intense pressure from Germany’s Moritz Löhner (Williams Esports / CUPRA) and Hungarian Adam Pinczes (Triple A Esports / CUPRA). Löhner briefly got ahead but had to give best to Baldi in a thrilling dice.

Esteban Guerrieri had looked set to complete the Race 2 podium only for contact from Heinemann on the penultimate lap to send him wide. The Argentine recovered to P11 with WTCR racers Norbert Michelisz P13 and Mato Homola P14. Afterwards, Guerrieri voiced his frustration at Heinemann’s driving following several hits from the German during the race.

“I was in the mix in booth races,” said Guerrieri. “I got a big hit from behind, went off to the grass and finished 11th. But the experience was very nice because I made it very demanding [on me] with a lot of attention and concentration. I did a lot of preparation, it was fun and now I am looking to be as close as possible to the e-gamers. But it’s not easy.”

Behind Moritz Löhner, Kuba Brzezinski was fifth with Gianmarco Fiduci next up. Briton Jack Keithley (Williams Esports / Audi) completed multiple overtakes as he battled from the back following a spin to take seventh. Gergo Baldi scored more important points in eighth as Adam Pinczes and Nikodem Wisniewski took ninth and P10 respectively. Hungary’s Zoltán Csuti (M1RA Esports Lynk & Co), who won at the Hungaroring, was P15.

Baldi tops Esports WTCR Beat the Drivers’ standings
Gergo Baldi has extended his championship lead to 11 points over Moritz Löhner with Bence Bánki up to third. Esteban Guerrieri is the best of the real WTCR racers in 15th place. Follow for the full standings:http://game.raceroom.com/championships/48#standings