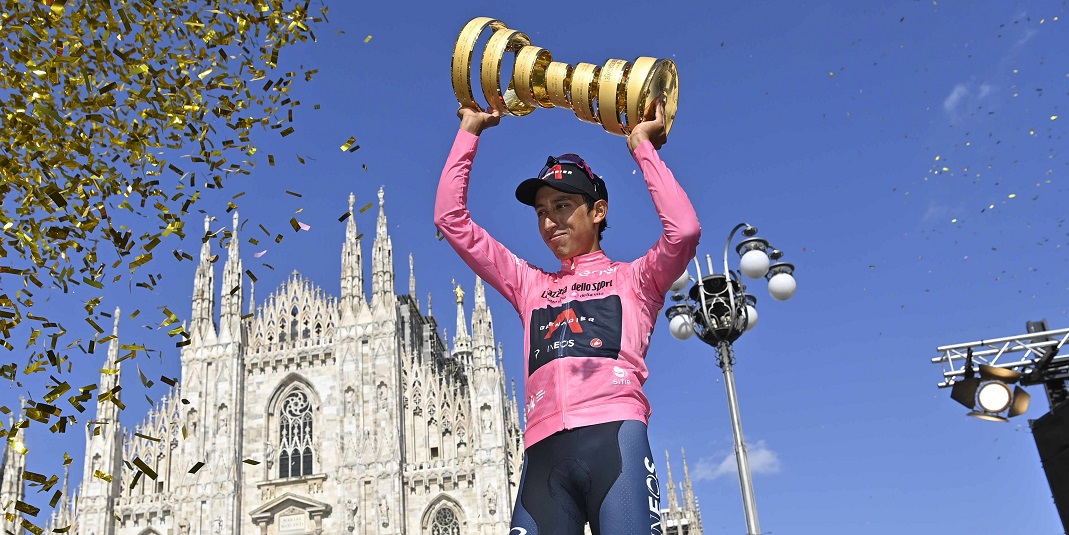 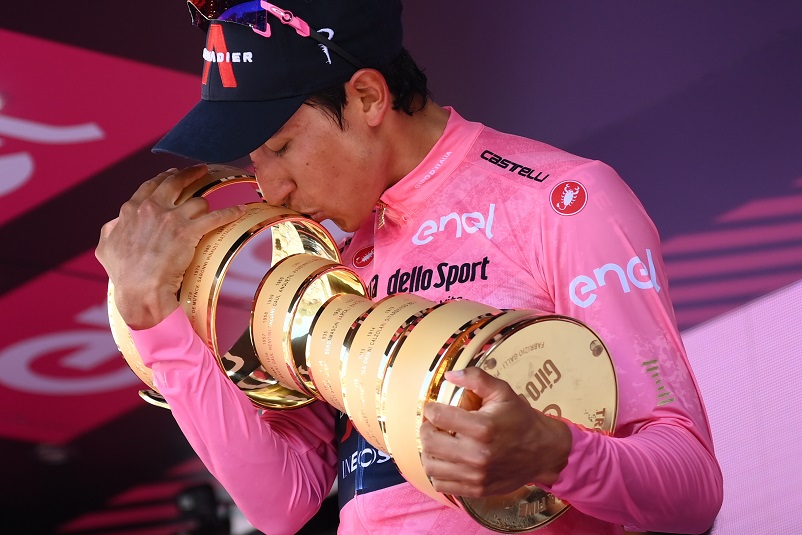 When a puncture punctuated Filippo Ganna’s performance, Rémi Cavagna glimpsed a rare opportunity of a time trial win against the great Italian.

But the Frenchman rode too hard inside the final kilometre, forgot about the left-hand bend with 500m to go, and rode straight into the barrier. After the stage, Ganna, now the only rider in history to have won five consecutive Giro time trials, said, “We played with the same cards, and the result is the same as if I hadn’t punctured and he hadn’t crashed.”

If a half-hour time trial can be shaped by such drama, how much can go wrong in 86 hours – 86 hours, 17 minutes, 28 seconds, in Egan’s case? It is the measure of just how hard it is to win a three-week Tour. Looking perfect on his time trial machine, Egan conceded 30 seconds to Damiano Caruso, roughly as expected. On Simon Yates he gained 52 seconds, much more than foreseen. Sportingly, Yates said after the stage, “I came up against two guys who were much better than me, and this was the best I could do, so of course I’m very happy.”

Egan Bernal today became the first rider to win the Giro wearing dossard 1 since Miguel Indurain in 1992, and joined Bartali, Gimondi and Merckx as the only riders in history to win the Giro and the Tour before their 25th birthdays. “It is my first Giro, and it was very special because of the way we rode and the way I returned to being a contender after nearly two years.” 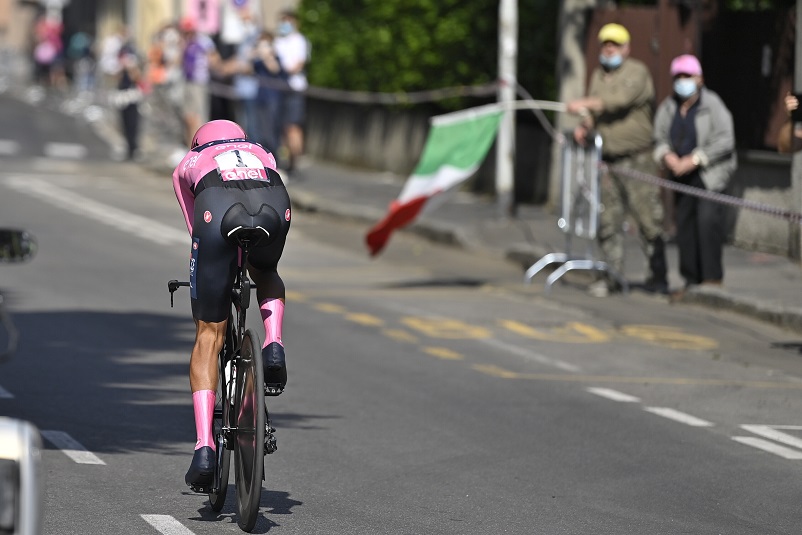 Peter Sagan’s Maglia Ciclamino win was “amazing for me. It was missing in my collection,” while the Maglia Azzurra Geoffrey Bouchard whispered, “It’s wonderful to live moments like this. I’ve dreamed about this since I was a child.”

I’m not sure that we have been watching one race at all. When the sprinters race, the climbers don’t get involved. When the climbers are truly giving their all, the sprinters and their helpers are literally miles away. Other than the ProTeam specialists, few rider get involved in the breakaways. Roles are carefully allocated and rarely does one impinge on another.

And so we reach the Parousia, the end of time. There are, of course, many types of time. Our modern time-experience gives us cause to speak of a “désire d’éternité” in human beings, a desire to gather together the scattered moments of meaning into some kind of whole. We gather up these shards of time and shore them up against our destruction.

Meanwhile, as someone said on one or other of the social media, if one of the stories of 2020 was Bernal’s back, the story so far of 2021 is “Bernal’s back!”