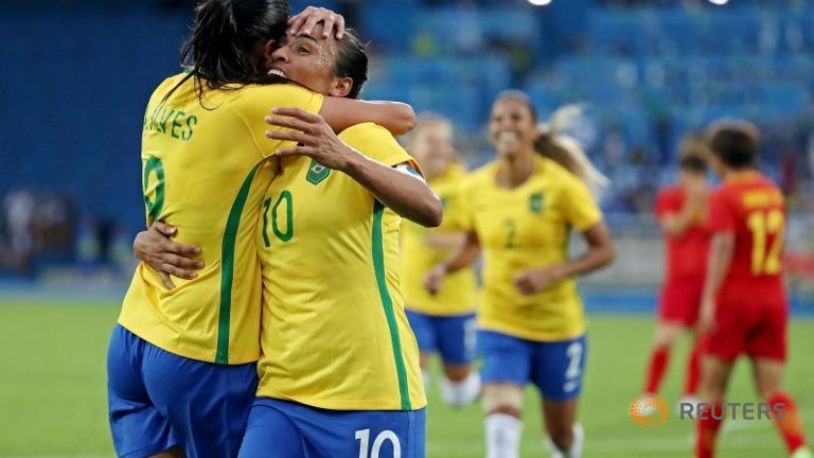 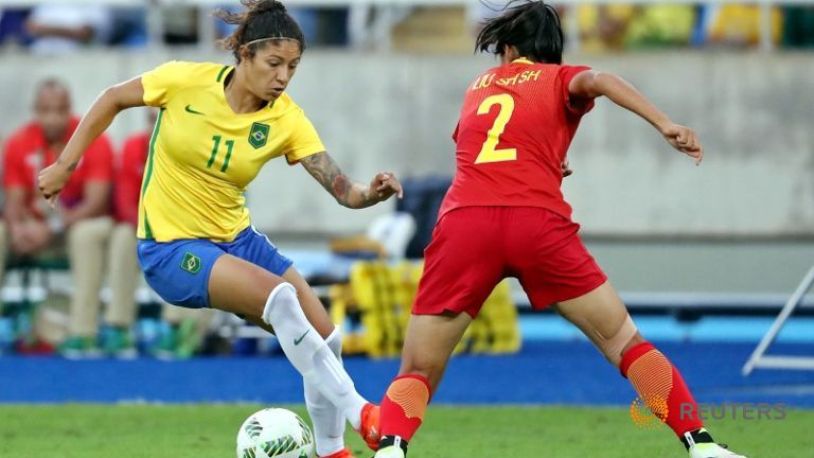 They share similar heavy burdens of expectation, but Brazil women’s coach Vadao insists there is no battle between star footballers Marta and Neymar to be Brazil’s darling of the 2016 Rio Olympics.

Five-time World Player of the Year Marta was in sensational form as Brazil’s women got off to a perfect start on the first day of competition at the Games on Wednesday with a 3-0 win over China.

Her assist for Andressa Alves second goal brought chants of “Marta is better than Neymar” from an enthusiastic if far from capacity crowd at Rio’s Olympic stadium.

Brazil have never won a football Olympic gold, but hopes are high for a double on home soil as Marta attempts to topple the United States dominance of the women’s game.

Barcelona star Neymar kicks off the men’s campaign against South Africa in Brasilia on Thursday.

“There is no rivalry between the men’s and women’s team. Marta is Marta, she is not Neymar,” said Vadao.

Marta was reluctantly replaced with 10 minutes remaining by Vadao to protect his star from injury with Brazil needing to negotiate six games in 17 days if they are to deliver gold.

And the Canarinha’s next challenge is a special one for Marta as Brazil face Sweden, where she has played her club football for the past four years.

“She is ok, it is just a precaution. Her leg was hit during the game and she was complaining that she didn’t want to come off, but she is very important for us so that is why we had this precaution,” added Vadao.

“But the most important thing is that we have Marta in our team.”

Marta was disappointed not to get on the scoresheet. She was denied a stunning solo goal by a fantastic save from Chinese goalkeeper Zhao Lina, but insists Brazil couldn’t have asked for a better start.

“Scoring three times against a team like China, with all the pressure we had, I think it’s super-perfect.

“I almost scored, but the goalkeeper saved. I will do it next time.”

The empty stands which hosted the day’s opening game at the Olympic stadium as Sweden beat South Africa 1-0 caused embarrassment for organisers.

A healthier crowd gathered to watch Brazil, but there were still vast swaths of empty seats on show.

Hundreds of thousands of football tickets remain unsold for both the men’s and women’s football tournaments that are being staged in six cities across Brazil that also hosted the 2014 World Cup.

However, veteran Brazilian defender Formiga, who is competing in her sixth Olympics believes the crowds will swell at the competition develops.

“The supporters were marvellous,” said the 38-year-old.

“The number of people will be growing as we go and they really help us a lot.” – Agence France-Presse