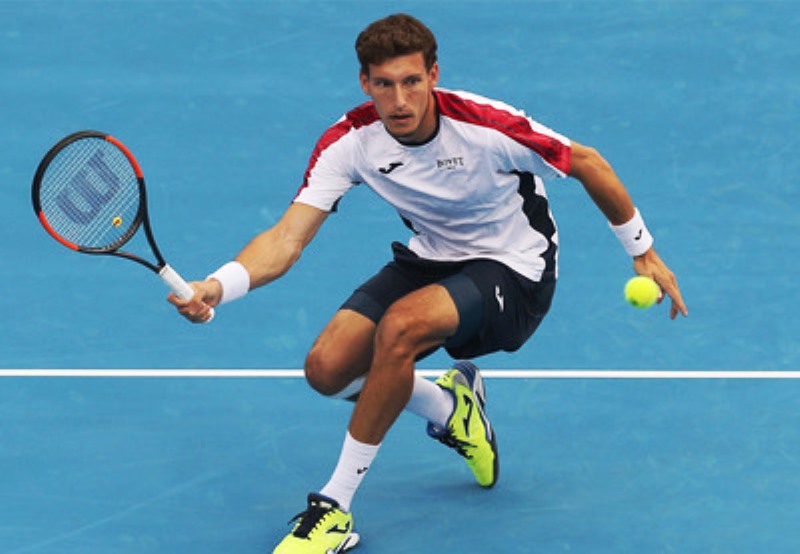 The Qatar Open second and third seeds — Spain’s Pablo Carreno Busta and Tomas Berdych of the Czech Republic — crashed out of the tournament in the first round on Tuesday on a night of shocks in Doha.

It means the tournament has lost two of its top-ranked players after having already being shorn of three major stars — Novak Djokovic, Stan Wawrinka and Jo-Wilfried Tsonga — before it began, as they try to recover from injuries.

Busta’s match with Coric was the game of the tournament so far.

The 21-year-old Croat, who beat Andy Murray last year at the Madrid Open, saved three match points to progress and afterwards described it as a “huge win”.

“I think I played very good,” he told reporters.

“I didn’t know what to expect, it’s the first match of the year, it’s always a little bit tricky.

“But, I can say from the beginning that I was playing very good.”

He added that however precious the win, it did not compare to beating Murray.

Coric is ranked 38 places lower than world number 10 Carreno Busta but said it was his aim to be more consistent and break into the world’s top 20 this season.

“I think I can do it but I need to play very good for the whole season.”

Coric had considerable success adopting a serve-and-volley approach and won 17 out of 21 points at the net in the deciding set.

Overall he hit 44 winners during the match.

He will play Nikoloz Basilashvili in the second round. The Georgian has won their previous two encounters.

Berdych, who beat Struff in the French Open last year, was returning to action after sustaining a back injury towards the end of 2017.

“My coach and me were thinking about some tactics like playing aggressive, playing with passion. Yeah, it was great,” said Struff.

“I played very aggressive in the tiebreaker and I was very happy after that one.”

Number one seed, Austria’s Dominic Thiem, is safely through to the second round, winning his first match in straight sets on Monday. – Agence France-Presse