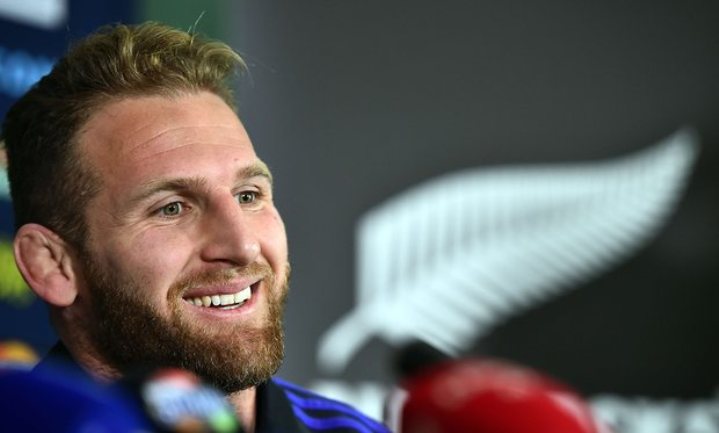 All Blacks coach Steve Hansen has called up the cavalry for Saturday’s clash with a depleted France in Paris with Kieran Read (main pix) returning to lead the strongest available New Zealand side.

The match-day 23 have 789 Tests worth of experience, with the All Blacks needing to score only three tries to become the first side to record 2,000 Test tries.

Only six players who started in the northern tour opener against the Barbarians last week have retained their places as the 107-Test Read heads a huge injection of experience to face Les Bleus.

Hansen said he was leaving nothing to chance despite France seemingly in a state of chaos with multiple players injured, and a dismal record of only three wins from eight Tests this year.

France wing Yoann Huget has rated his side’s chance of winning at 10 percent, but Hansen was taking no notice of such pessimism.

“France are an exciting team and playing France in Paris is one of the biggest challenges in rugby,” he said when naming the side on Thursday.

Cane made a second-half appearance off the bench when the All Blacks beat the Barbarians 31-22 while the other eight had the week off.

Vaea Fifita, who impressed against the Barbarians, retains his place on the side of the scrum with Liam Squire not considered because of illness and Jerome Kaino returning home injured.

“It’s not the end of his Test career at this point. He’s got to go home and do what everyone else does and play well in the Super season and then we’ll start again,” he said.

Left-wing flyer Ioane, with nine tries from 10 Tests, has shaken off a bout of the mumps to return to the line-up.

“This weekend is another opportunity for us to continue growing our standards, our game and our skill sets,” Hansen said.

“If we can do that and put in a complete 80-minute game we’ll go a long way to putting in a performance we can all be proud of.

“Having said that, France are an exciting team and playing France in Paris is one of the biggest challenges in rugby.”

The All Blacks have played France 57 times with 44 wins, a draw and 12 losses.

The All Blacks will be looking to post a new Test try-scoring benchmark of 2,000 in their 564th Test.