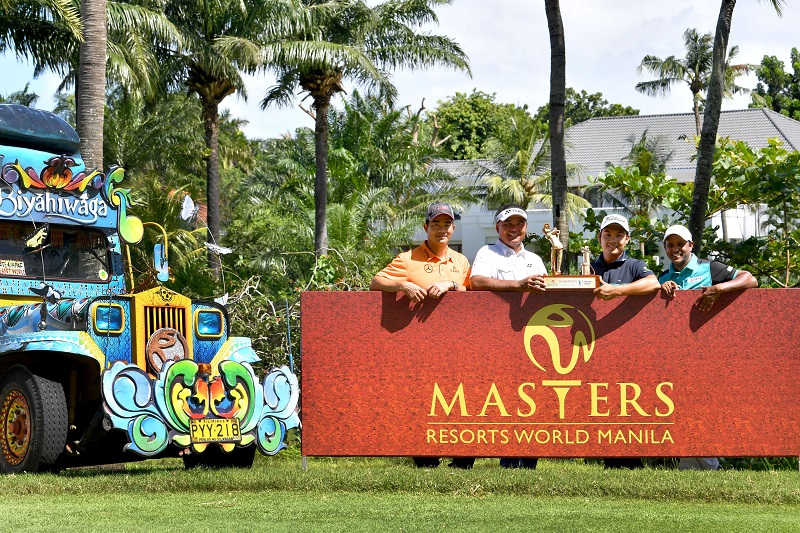 China’s Liang wen-chong returns to familiar winning ground, hoping his run at the Resorts World Manila Masters will come full circle when the richest tournament in the Philippines tees off on Thursday.

Liang, the inaugural Resorts World Manila Masters winner, along with three other past champions- Mardan Mamat (2014), Natipong Srithong (2015) and S.S.P. Chawrasia (2016) are all looking forward to rekindle their past love affairs with the Manila Southwoods Golf and Country Club where the US$1 million event will be staged this week.

In between those two victories, Mardan marched to a commanding six-shot win in 2014 while Natipong defied all odds by winning the 2015 edition shortly after turning professional.

I’m really happy to be back for the Resorts World Manila Masters because this event holds many fond memories for me. That win in 2013 was special as Manila holds a special place in my heart. This event has played an integral role in transforming tourism in the country and has changed the golfing landscape here. It has raised the profile of the Asian Tour in the Philippines and given players playing opportunities which we greatly appreciate. My form has been good this year. I won in Japan and had a couple of good finishes which I can be proud of. It’ll be nice to win again and I’ll try my best.

It’s always nice to be back to a place where you’ve won before. I like this course a lot as it suits my eye and game. I feel like I’m starting to regain my form. I won a local event back home in Singapore recently and that that helps with the confidence. I’m not getting younger and the next stage in my career would be to play on the Seniors Tour. But before that, I would obviously like to win again.

This is my third year playing on the Asian Tour and it seems so long now already. But whenever I look back at my first year on Tour and knowing that I won my first event in my rookie year, I’m always very happy. My form is good and I feel I just need to sharpen my short game. If I can do that, I’ve a chance this week.

I’m excited to be back. Obviously last year’s win was my first outside India and it is very meaningful. That win showed that I have what it takes to compete globally and not only in India. I was in contention at this event on several occasions before my victory last year. So to be able to win it and outside of India is indeed very special. The golf course is in great shape. I’m playing well and my confidence is high. I won another event in India earlier this year and it’ll be fantastic to get another win here before the year comes to a close. I finished second at home in India just last week so my form is definitely good.