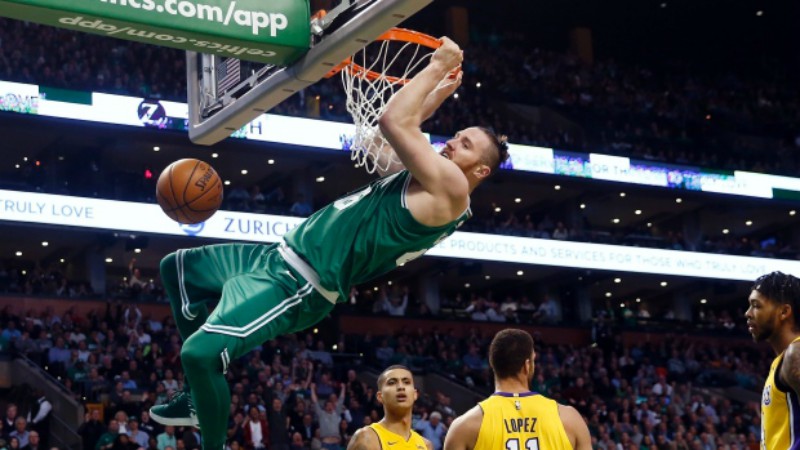 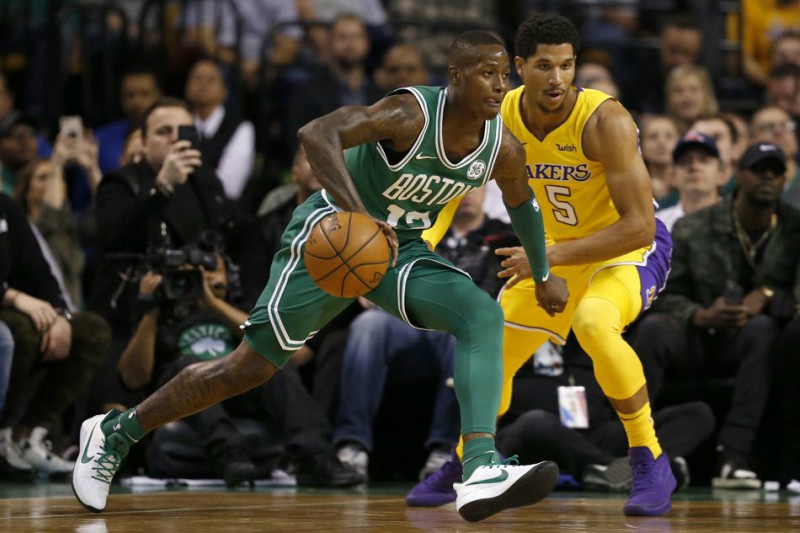 The Boston Celtics won their 10th straight game by cruising to a 107-96 win Wednesday over the Los Angeles Lakers in a matchup between two of the NBA’s most storied franchises.

Australia’s Aron Baynes scored a career high 21 points during the game which saw the Celtics compile a 21 point first-half lead before the Lakers closed the gap in the third.

But they allowed the Celtics to pull away again in the fourth when it mattered most.

The 30-year-old Baynes, who was born in New Zealand but grew up in Cairns, Australia, also grabbed eight rebounds and had three assists.

Boston’s Kyrie Irving overcame a poor shooting night to finish with 19 points, six rebounds and five assists. Irving was just seven of 21 from the floor and missed all seven shots from three-point range.

But the banged-up Celtics are the hottest team in the NBA for a reason. They are getting contributions from everyone with different players stepping up each game. On Wednesday it was Baynes’ turn along with Marcus Morris, who had 18 points, and Terry Rozier who added 14 points and eight rebounds.

Brandon Ingram and Jordan Clarkson scored 18 points apiece, and Julius Randle contributed 16 points and 12 rebounds for the Lakers, who were guilty of 21 turnovers. They had their modest two-game winning streak ended.

Wednesday also marked the first pro meeting between Celtics rookie and third overall pick Jayson Tatum and Lakers rookie Lonzo Ball. But the matchup was shortened after Tatum had to leave the game because of an ankle problem.

The Celtics effectively passed over Ball at the draft by trading down from the number one pick to get Tatum at number three. The Celtics knew Tatum was going to be available in that position because the Lakers planned to take Ball at number two.

In skipping over Ball, the Celtics also gave the Philadelphia 76ers the chance to take Markelle Fultz first overall.

Tatum finished with five points and had one rebound and one assist in nine minutes during the first half. He didn’t return for the second half.

The 19-year old Tatum had been given a more prominent role because of an opening night injury to Gordon Hayward. He has responded by averaging 14.3 points and 6.5 rebounds in his first 11 games.

The Celtics, who are already without Hayward for the season, were also missing Al Horford on Wednesday. He is out with a possible concussion.

Point guard Ball was loudly booed during the pre-game introductions and jeered every time he touched the ball. Celtics fans are still upset at his father LaVar Ball who said publicly that the younger Ball wouldn’t play for the Celtics.

Ball’s shooting woes continued on Wednesday as he finished with just nine points on four-of-15 shooting from the field in 39 minutes of playing time.

The Lakers other point guard is Jordan Clarkson who came off the bench to tie for a team high 18 points in just 27 minutes of action. – Agence France-Presse