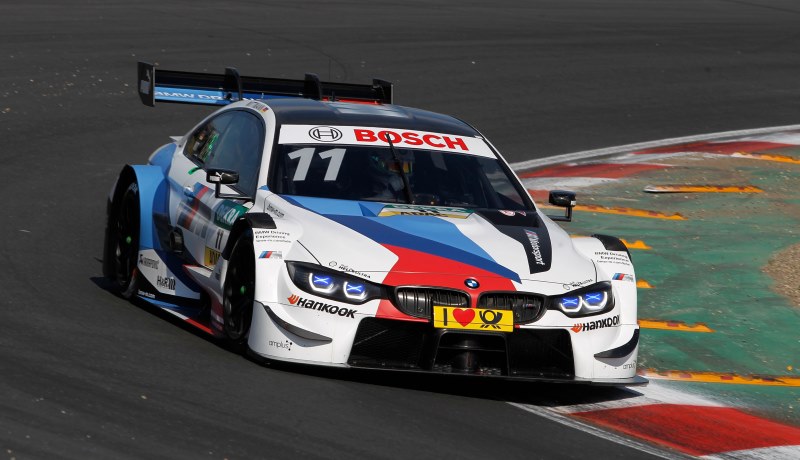 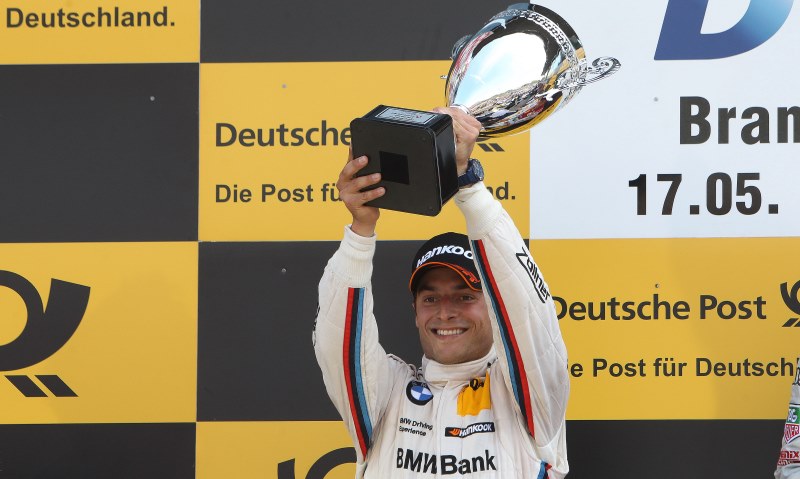 After a short summer break, BMW M Motorsport and the BMW DTM teams now return for the second half of the 2018 DTM season. The DTM is back at Brands Hatch in the south of England for the sixth of its ten race weekends. The iconic circuit in the county of Kent hosted the touring car series between 2006 and 2013. Back then, however, the shorter Indy variant was used, whereas this year’s races will be held on the 3.908-kilometre Grand Prix circuit.

Most of the drivers are as yet unfamiliar with this layout, with the exception of BMW drivers Augusto Farfus (BRA), who won on the longer circuit in the FIA World Touring Car Championship (FIA WTCC), and BMW DTM rookie Philipp Eng (AUT), who knows the track from his time in GT racing.

BMW raced in the DTM at Brands Hatch in 2012 and 2013, with Bruno Spengler (CAN) finishing on the podium on both occasions.

The schedule for Brands Hatch is more compact than at other DTM race weekends with the on-track action being compressed into two days. The cars first take to the track on Saturday morning in two free practice sessions. These are followed by qualifying and then the first of the two races starts at 13:30 local time (14:30 CEST). Sunday, as usual, features the third free practice, second qualifying and, at 13:30 local time, race two.

Timo Glock (GER), of BMW Team RMG, is currently the best-placed BMW driver in the overall standings: he lies third with 101 points. His team-mate Marco Wittmann (GER) is fourth with 98 points to his name.

Quotes ahead of the DTM races at Brands Hatch.

“We are really looking forward to the DTM returning to Brands Hatch. We used the short track there in 2012 and 2013 and Bruno Spengler finished on the podium in second place both times. Naturally, it would be great if we could finish one step higher on the podium this time but the long Grand Prix Circuit is new terrain for many. We need to wait and see who can adapt to the conditions the quickest and get the best set-up for the start to the weekend. Brands Hatch is a place with a long history of motorsport. It is great to be able to offer the amazing English fans DTM action once again.”

“We are very excited about returning to Brands Hatch. The Grand Prix Circuit has a very interesting layout and the cards are reshuffled at what is an unfamiliar track for many. Prior to the summer break we scored good points with all three drivers in Zandvoort. Without the incidents we had, it could have been an even better weekend for us. We are now looking to back this up in the second half of the season. The goal is to score as many points as possible in every race and try to continue the run of victories and podiums that we started the season with.”

“In my rookie year in 2013, Brands Hatch was the second DTM race I ever drove in. Sure, we were on the shorter layout back then, but I finished fourth and so have fond memories of the circuit. I am pleased that the DTM is returning to England and am looking forward to the longer circuit, which I have not yet driven. I hope we will be among the front-runners again there and, in particular, that we can put some pressure on Mercedes.”

“Brands Hatch is a magical place. It is another old-style circuit and I have a lot of good memories. I can’t wait to get there. The British weather is unpredictable; it can be 30 degrees or minus five but I am really looking forward to it. It will be a great August for me as first we have the DTM races at Brands Hatch and afterwards I head straight to the FIA World Endurance Championship round at Silverstone. Two great tracks and two great events. And after Zandvoort we can expect to do well at Brands Hatch, too.”

“I have only ever driven on the short circuit at Brands Hatch. I am really excited about the longer layout – and the very compact and tight schedule. I am looking forward to driving in England again and hope that we get a lot of English fans at the circuit. We will work hard to ensure that we have another good weekend there.”

“Our team knows the long Grand Prix Circuit at Brands Hatch from our time in the FIA WTCC. However, this knowledge will only help us to a certain degree. Our task is now to find the perfect set-up as quickly as possible for the BMW M4 DTM at this demanding circuit. Brands Hatch is a real classic. You can sense the British motorsport tradition in every corner. We are looking forward to a great race weekend to kick off the second half of the season.”

“I have never driven on the longer circuit at Brands Hatch; I only know the shorter Indy track. As such, it will be a new challenge for me and I will first have to familiarise myself with the layout but I have fond memories of Brands Hatch, as I have stood on the podium there in the past. It is a fascinating circuit – at least, the part I know is. With its uphill and downhill sections, the track reminds me a little of Zandvoort. The atmosphere at Brands Hatch is superb and the English fans are great. As such, I am really looking forward to the weekend.”

“I know the long layout at Brands Hatch from last year, when I drove the BMW M6 GT3 there in the Blancpain GT Series. I won my first race in Formula 2 there in 2003 and added a second win in 2010 – so I know the track well and hope that will help me. Brands Hatch is like a mini Nürburgring-Nordschleife. When you leave the Grand Prix Circuit, you feel as though you are driving on a different track, especially in the woods at the back of the circuit where you need plenty of courage when you come to the fast right-hander at the end of the long straight. There are a lot of blind corners, particularly in the second sector. However, I think it will be great fun for us and the spectators.”

“It is going to be really tough for me as I will drive on the track for the first time ever and according to what other drivers say it seems to be quite challenging. It won’t be easy but I have been in similar situations many times before and I like challenges. In addition, I think that the track is great fun to drive so I am really looking forward to it.”