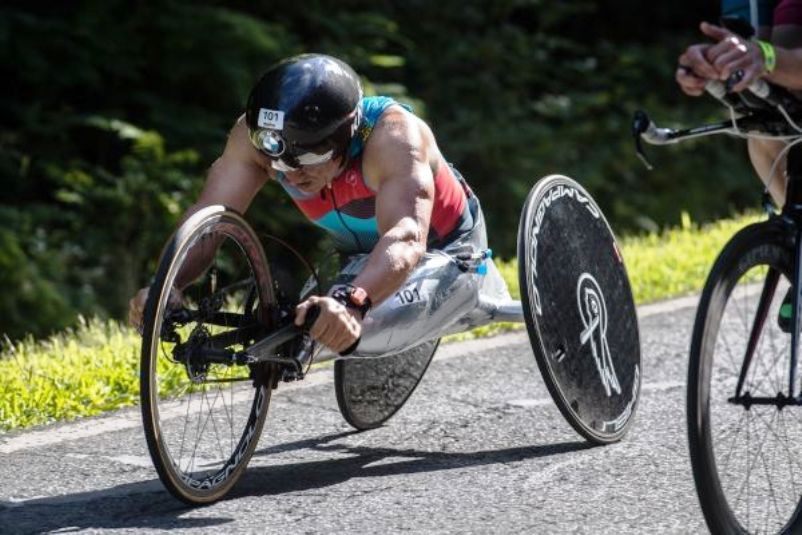 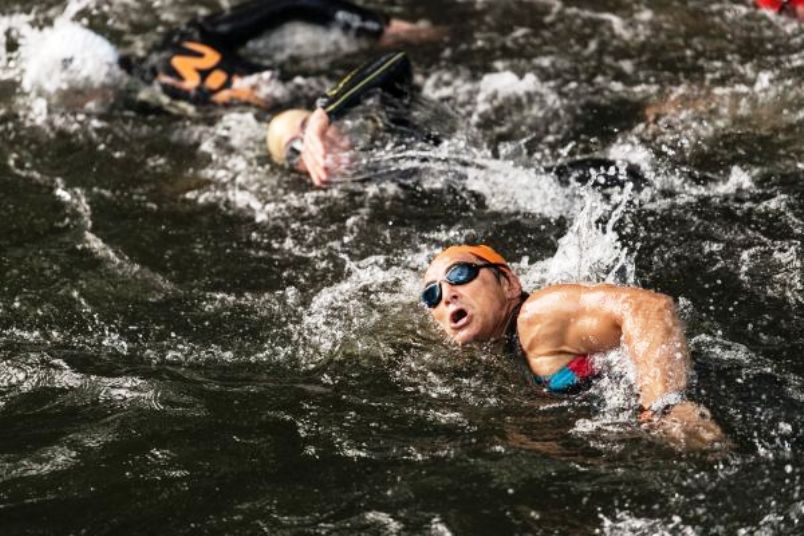 On his way to the World Championship event in Hawaii, BMW brand ambassador Alessandro Zanardi has bettered his personal best time in a long distance triathlon. This Sunday, the 50-year old Italian competed in the Austria-Kärnten triathlon in Klagenfurt and crossed the line after 9:08.38 hours.

The competition was held over the same distance as the race in Hawaii where Zanardi’s best time so far is 9:40.37 hours. Nearly 3,000 athletes took part in the Klagenfurt triathlon, and Zanardi was ranked 27th overall.

The event in Austria consisted of 3.8 kilometres of swimming in the Wörthersee lake, 180 kilometres of cycling and 42.2 kilometres of running. Zanardi completed the distance only with the power of his arms: swimming, with his handcycle and his olympic wheelchair.

The BMW works driver used the competition to further prepare for his third legendary Hawaii triathlon in October. This year, he is focusing more on the triathlon discipline than before and has adapted his training programme accordingly.

“It is a fantastic feeling to be at the finish with that great time,” Zanardi said. “When you are going through it, you think ‘never again’. And I thought that many times but afterwards, it is just awesome. After the first part of the cycling portion, I suddenly had a big black-out. I was really tired, adjusted my pace and somehow I managed to come back and to not only finish but to finish very well.”

“I am extremely pleased with my speed in the cycling section. Swimming was harder than it is in Kona as sea water is definitely better,” he continued. “And then with regard to the running section in my olympic wheelchair, I think I have made a great improvement with my technique but today it was simply not possible to produce any speed because of the traffic. When you have a marathon with a short course and of two laps, the second laps it is just like being on New York’s Times Square on New Year’s Eve. But in the end I completed the competition in a very good time. For sure it would have been even better to be one second under the nine-hour mark but today it was technically not possible. In general, it was good preparation for Hawaii. I think that I have become a better triathlete than I was two years ago when I last competed there.”

The Hawaii triathlon will be held on 14th October in the area of Kona on Big Island.