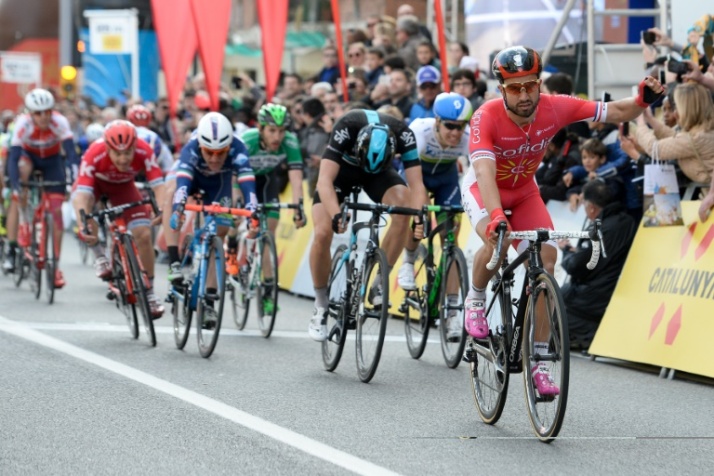 French sprinter Nacer Bouhanni made up for his Milan-SanRemo disappointment at the weekend by dominating the opening bunch sprint at the Tour of Catalonia on Monday.

The Cofidis rider pulled on the leader’s jersey after crossing a full length ahead of Britain’s Ben Swift, who also finished second in the Milan-SanRemo, after the 175km stage around Calella.

“I was beaten by someone faster than me,” Sky rider Swift admitted.

Several escape bids were reeled in over the afternoon including a wily late bid from Ireland’s Nicolas Roche, whom Sky went after and neutralised with 1km remaining.

At San Remo on Saturday Bouhanni threw down his bike in fury after a last gasp chain slip saw his arch-rival Arnaud Demare clinch the cherished Spring Classic victory.

Despite the high emotions at the weekend however Bouhanni simply raised an arm in victory at the Spanish seaside resort finish line.

It was a third win of the season for the 25-year-old Cofidis captain after he won a stage of the Tour of Andalusia and another on the Paris-Nice.