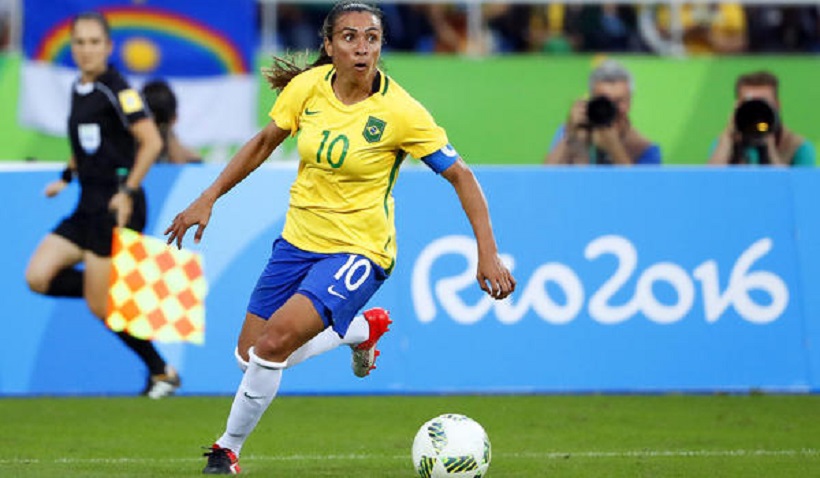 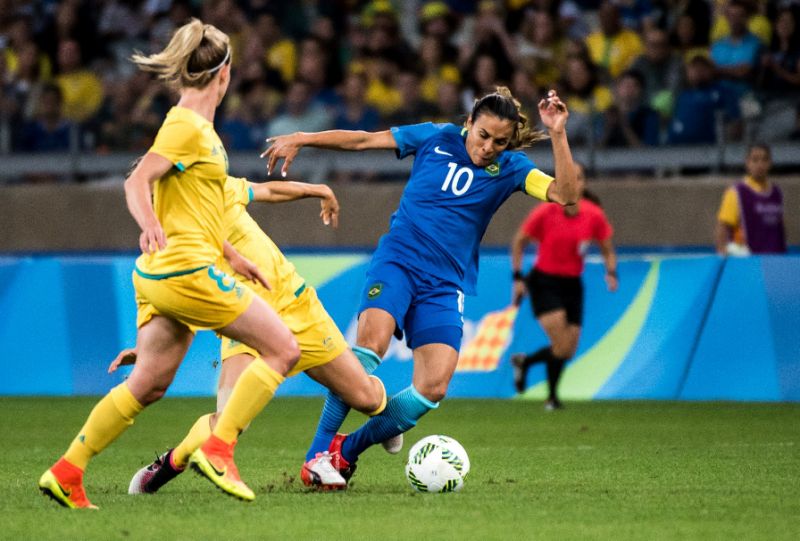 Already buoyed by the pursuit of landing a first gold medal in the sport for football-mad Brazil, the hosts’ women will be inspired by the rare chance to play at the iconic Maracana in their Olympics semi-final with Sweden on Tuesday.

Having lived for so long in the shadow of their male counterparts, the Canarinha are loving their time in the limelight with a nation enthralled by their emotional run to the last four.

A heart-stopping 7-6 penalty shootout win over Australia left five-time World Player of the Year Marta in tears of relief after her missed spot-kick looked to have sealed Brazil’s fate.

Instead, goalkeeper Barbara made two brilliant stops to set up a semi-final against Sweden, who also ended the USA’s bid for a fourth straight gold on penalties in the quarter-finals.

“I never thought I could play at the Maracana,” striker Andressa Alves told FIFA.com.

“The Maracana is the symbol of Brazilian football. Zico, Ronaldo, everybody… I’ve got to be there to see what it’s like.”

The 23-year-old, whose burgeoning talents have seen her sign for Barcelona’s women’s team in June, is loving the support so normally reserved for Brazil’s men, who are also in semi-final action at the Maracana against Honduras on Wednesday.

“The guys always get to play in front of 50 or 60,000 people, but we don’t. Here, we’re getting those crowds everywhere and now we’ve got the Maracana, where there’s going to be even more.”

Unlike the men, who struggled under the weight of expectation in 0-0 draws against South Africa and Iraq to open the Games and in crumbling 7-1 to Germany at the World Cup on home soil two years ago, Alves believes the unprecedented support is only serving to inspire her teammates.

The women could even have the honour of beating the men to Brazil’s first ever football gold with the women’s final at the 78,000 capacity Maracana on Friday, 24 hours before the men’s showpiece.

“The fans and the country are motivating us so much. We’re working hard because the fans are infusing us with all this energy,” added Alves.

“We’ve got a lot of people behind us and that makes all the difference. I’ve never played in front of so many people.”

Brazil have already put Sweden to the sword 5-1 in the group stages thanks to two goals and all-round virtuoso display from Marta, but Alves has warned against complacency with Sweden still ranked two spots higher than Brazil at sixth in the world.

“Sweden is going to be a very tough match. It doesn’t matter that we beat them 5-1 in the first phase.

Brazil are hopeful that Alves will be partnered by the Olympics all-time top-scorer Cristiane, who missed the quarter-final against Australia due to an ankle injury.

The other semi-final is also a repeat of a group stage clash as Canada face Germany in Belo Horizonte aiming to continue their 100 percent record in Brazil.

Melissa Tancredi scored twice for the Canadians in a 2-1 win against the world champions in Brasilia last week.

“We’re hitting form at the right time, with the feeling we can tackle any opponent on any given day,” said Sophie Schmidt, who hit the winner in Canada’s 1-0 quarter-final win over France. – Agence France-Presse