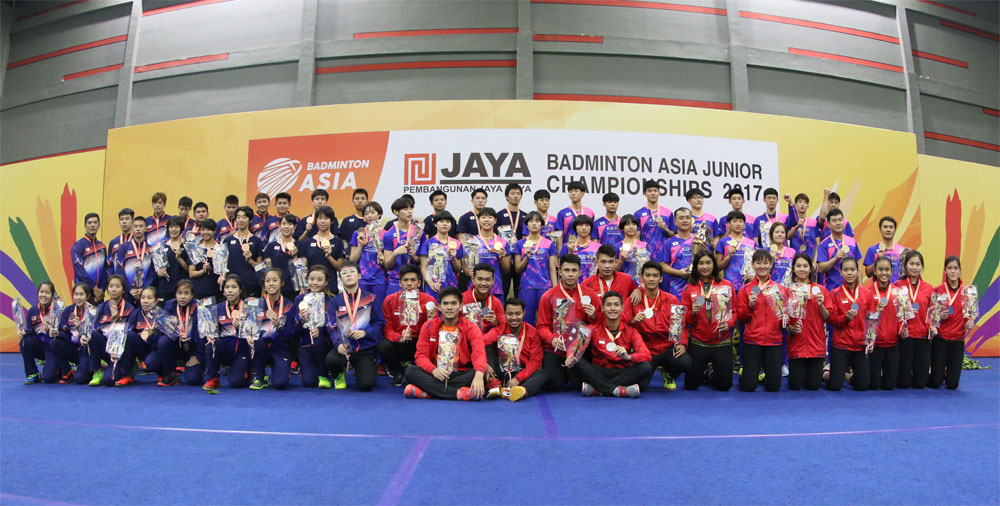 South Korea have established themselves as the new mixed team kingpins – adding the Badminton Asia Junior title to the Sudirman Cup title for seniors they won in Gold Coast in May this year.

In the Pembangunan Jaya Raya Badminton Asia Junior Championships mixed team final played at the Jaya Raya Sport Hall in Bintaro, Jakarta on Tuesday the Koreans, the top seeds, finally laid their hands on the silverware with a 3-2 win over second seeds Indonesia.

While the Koreans celebrated with gusto after finishing runners to China in 2013, 2014, 2015 and last year it was tears of disappointment for the homesters. Indonesia have never won the junior mixed team title.

A delighted Korea head coach Kim Hak Kyun was lost for words but found the breath to say: “We finally did it with a little bit of luck against the Indonesians.

“All changed when we won the women’s singles – thanks to our 15-year-old rookie An Se-young who upset the experienced Gregoria Mariska to tie the score at 2-2.

“That was the turning point for us and gave us hope. The rest is history. It has been a good year for us in the mixed team events this year…winning the Sudirman Cup and finishing runners-up in the first Asian Mixed Team Championships (in Ho Chi Minh City in February) and now the junior title.”

Woo Seung-hoon drew Korea level with a hard fought 80-minute battle against Ikhsan Leonardo Imanuel Rumbay with a 22-24, 21-10, 21-8 win in the men’s singles.

Indonesia were in front again with their men’s doubles pair of Muhammad Shohibul Fikri-Adnan Maulana winning a 70-minute encounter – 18-21, 21-19, 21-16 – against Kang Min-hyuk-Kim Moon-jun.

If Indonesia thought the title was theirs for the taking as Mariska was tipped to get the third and winning point, the vociferous home supporters and team officials were left stunned by the gritty Se-young’s fighting spirit saw her carve out a 21-19, 7-21, 22-20 win.

The energy sapping 89 minute women’s singles left both players struggling to stand but somehow had that extra to retrieve some incredible shots in the rubber. In the end it was the Korean who shed tears of joy while it was the opposite for Mariska.

Kim Mi-jin-Lee Yu-rim clinched the winning point for Korea in the women’s doubles. The Koreans defeated Indonesia’s hopes Agatha Imanuela-Siti Fadia Silva Ramadhanti 21-19, 21-13 in 44 minute – the only match that did not go beyond the hour.

Indonesia team manager Susy Susanti was disappointed with the outcome but took defeat in her stride.

“We went out fighting. It was brave performance from the players but luck was not with us.

“Things would have been different if Mariska had won…we did not expect her to lose the match. Such things do happen in sports and it was just not her day and also Indonesia’s.”

South Korea, lost to China in the mixed team final four times in a row from 2013 to 2016. Today’s win ended their 11-year drought after becoming the first holders of the mixed team title in 2006 – the year mixed team event came into being,

In last year’s championships held in Bangkok, China brushed aside the Koreans 3-1 in mixed team final. China also made a clean sweep of all the five individual titles at stake – the men’s and women’s singles, men’s and women’s doubles and the mixed doubles. This year China failed to get past the quarter-finals – losing to Japan 3-0. – BADMINTON ASIA