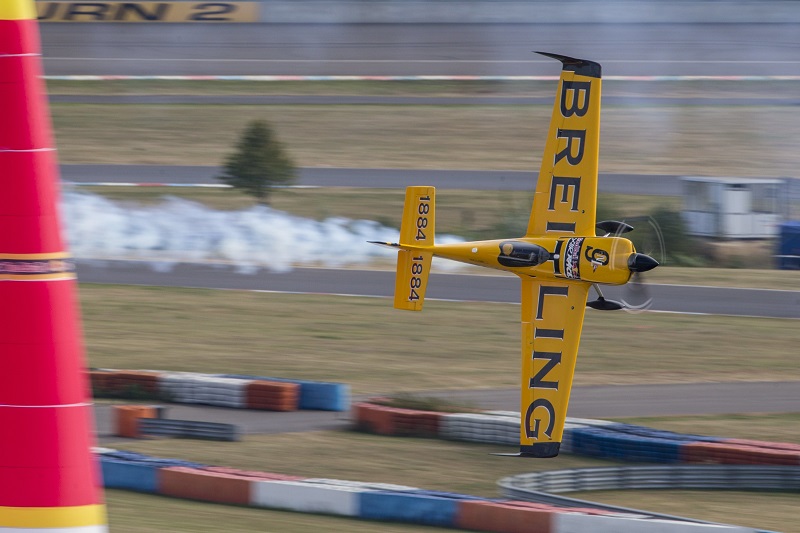 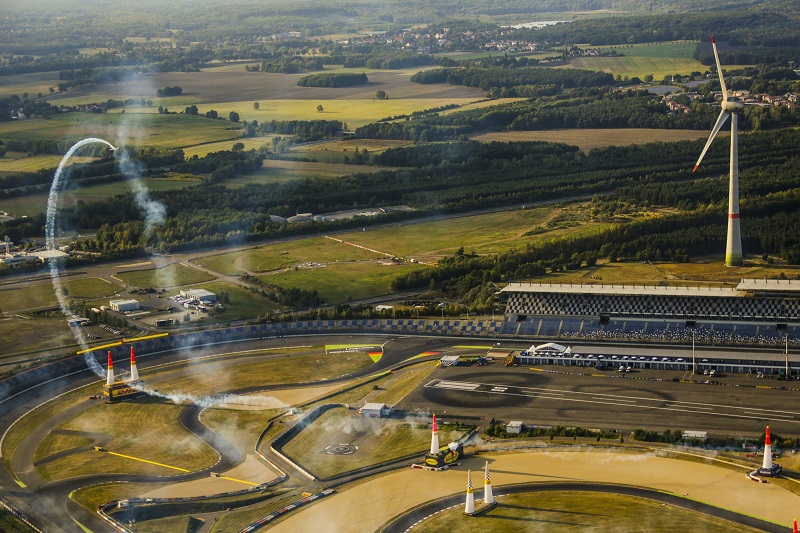 While the German crowd – and the pressure – was focused on the homecoming of Red Bull Air Race World Championship leader Matthias Dolderer at the EuroSpeedway Lausitz on Saturday, Great Britain’s Nigel Lamb calmly flew in and grabbed the top Qualifying time.

Dolderer is facing difficult expectations at the EuroSpeedway: not only is it his first home race since the ultimate motorsport series in the sky last stopped at the oval in 2010, but as the leader in the world championship standings with only three races to go, he’s the pilot everyone else is looking to upset.

Fans were on their feet and cheering as Dolderer flew to a conservative eighth place in Qualifying, and the crowd of supporters will be even larger and louder as he goes all out in his opening head-to-head against two-time titleholder Kirby Chambliss of the USA on Sunday.

The 2014 world champion Lamb, meanwhile, is on a mission to win as many races as he can in his last season before retirement, while Hall is looking for his first title after finishing second overall last year.

The Briton and the Australian just happen to have the only MXS-R raceplanes in the field, and the buzz around the hangars is that their large winglets may be giving them an edge on the racetrack’s exceptionally tight turns.

“It’s a great feeling, I have to say. I’m feeling ‘on it’ this week,” said Lamb, who will face Peter Podlunšek of Slovenia in his Round of 14 faceoff. “It’s a relatively straightforward track in some ways, but yet it’s very, very easy to lose time. You’ve got to keep focused on every element, and I’m surrounded by a good team with good analysis. We’ll just have to get a good sleep and try to be faster than everyone else again tomorrow.”

Besides pole position, Lamb also claimed his first DHL Fastest Lap Award, a component introduced in 2016 that defines a new standard of speed at the Red Bull Air Race. At the end of the season, the pilot with the most awards will be honored with the DHL Fastest Lap trophy. Dolderer holds the lead with two awards from previous stops.

See what happens! Tickets for all remaining stops of the 2016 Red Bull Air Race World Championship are on sale now, and it’s not too late to catch Matthias Dolderer’s thrilling home race on Sunday. For more information on tickets and all the latest, visit www.redbullairrace.com