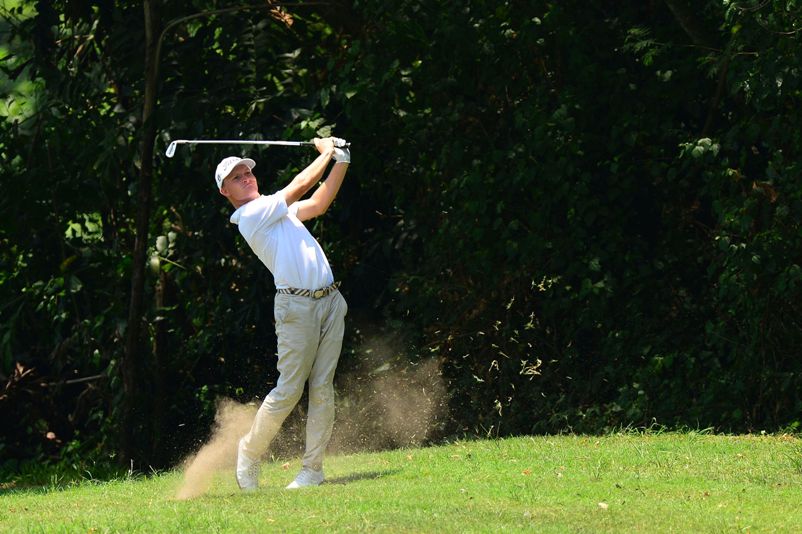 American John Michael O’Toole will not take anything for granted when he steps up to the tee for the season-ending Boonchu Ruangkit Championship on Thursday.

With three players inside top-six of the current Asian Development Tour (ADT) Order of Merit already secured their cards through the Asian Tour this season, the next highest ranked three players will be promoted onto the region’s premier Tour.

O’Toole, placed eighth on the Merit rankings with a season’s haul of US$26,347, is currently in position to secure the fifth and last 2017 Asian Tour card on offer to leading players on the ADT, which was launched as a gateway to the Asian Tour in 2010.

“I have had a good couple of weeks practising after the last event. It’s obviously a big week for me given my current position on the Order of Merit but I am just going to approach this week like any other tournament. I just hope to play four solid rounds,” said O’Toole.

The 23-year-old American, cousin of reigning ADT Order of Merit champion Casey, has enjoyed a superb rookie season thanks to one victory and four top-10s.

“The mentality is to go for the win this week and not worry about anything else. It’s been a solid rookie year for me so far. I really enjoyed it. I just need to make it consistent in every aspects of the game and I am sure the results will show,” O’Toole added.

Thailand’s Panuwat Muenlek, who trails O’Toole by a mere US$237 in ninth place on the money list, will also be eyeing for a good showing at the Rancho Charnvee Resorts and Country Club to earn his playing rights on the Asian Tour.

“My priority is to get my Asian Tour card for next year. Winning twice this season has been a great motivation for me to play well, especially coming into the final event of the season this week,” said the 31-year-old Thai, who is a three-time ADT winner.

O’Toole and Panuwat will be among a host of ADT hopefuls, including Malaysia’s Gavin Green, Oscar Zetterwall of Sweden and South African Mathiam Keyser, vying for honours at the Boonchu Ruangkit Championship, which is celebrating its third edition this week.

The Boonchu Ruangkit Championship is the final event of the 2016 ADT schedule. A total of nine Official World Golf Ranking (OWGR) points will be awarded to the winner, given the strength of field.

Thongchai, ranked 52nd on the OWGR, needs to win the tournament to break into top-50 in the world by the end of 2016. Green, placed second on the current ADT rankings, needs at least a top-six finish to become the second Malaysian, following Nicholas Fung in 2013, to lift the ADT Order of Merit trophy.

American Johannes Veerman, current Merit leader, managed to finish inside top-60 on the 2016 Asian Tour rankings while Thailand’s Pavit Tangkamolprasert and Poom Saksansin, ranked third and sixth on the ADT money list, have both won on the Asian Tour this season.