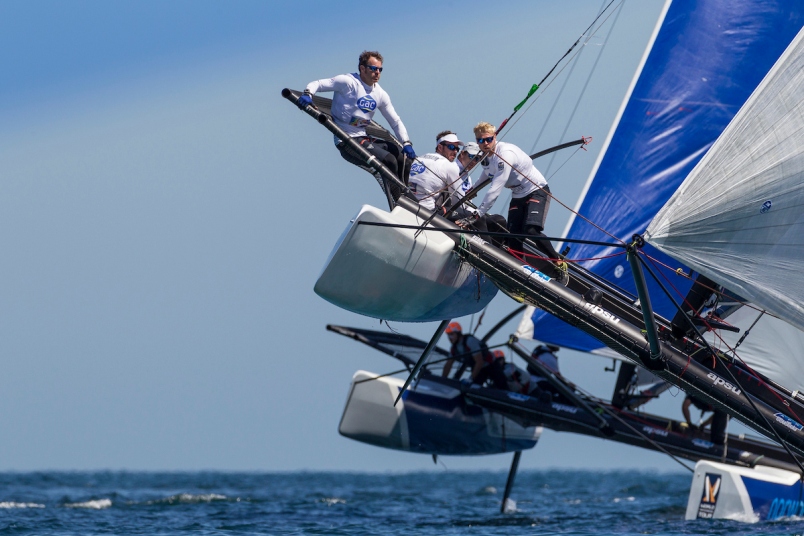 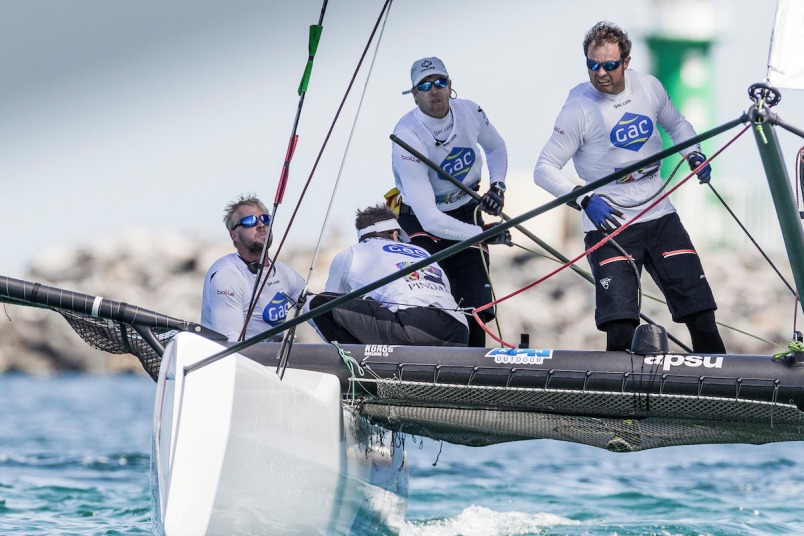 At the start of last season many people were in doubt over the future success of six-time match racing World Champion Ian Williams with the change in format and boats.

He proved everyone wrong by winning the first multihull event on the World Match Racing Tour.

For the 2017 season Ian Williams is back to challenge for his seventh World Championship title.

The transition to the M32 has gone better than most people would have thought and by winning the Fremantle event, reaching the quarter finals in three out of four WC level events and winning the very competitive M32 Series Scandinavia he is without a doubt one of the main contenders for the 2017 WMRT title.

“Team GAC Pindar is very happy to be back on the tour this season. Last years change to multihulls forced us to learn the boats and evolve our match racing, which has made us commit even harder. I’m really looking forward to the start of the season.” Ian Williams comments and continues, “Thanks to our sponsors we were able to invest in a boat early and hopefully the time in the boat will pay off this year.”

The team has set up base in Palma de Mallorca in Spain for their preseason training where we’ve seen several teams come and train. Last week Tour Card holders Team Magenta 32 with skipper Sally Barkow held tryouts and Måns Holmberg and Iker Martinez have their winter base in the same spot.

Team GAC Pindar will in many parts consist of the same team members as last year, Brad Farrand and Garth Ellingham from New Zealand will be joined by British sailor Richard Sydenham. Sydenham won the WMRT World Championship with Williams back in 2008. The team has signalled that they will probably have more substitutes after the learning from last year.

“With match racing in the M32s the sailing has become so much more physical and over the last season I think most teams had injuries. We will look to expand the team in order to put the best team on the start line every regatta.” Williams explains and finishes. “We believe we have the experience and the training to win so this year we are going for seven.”