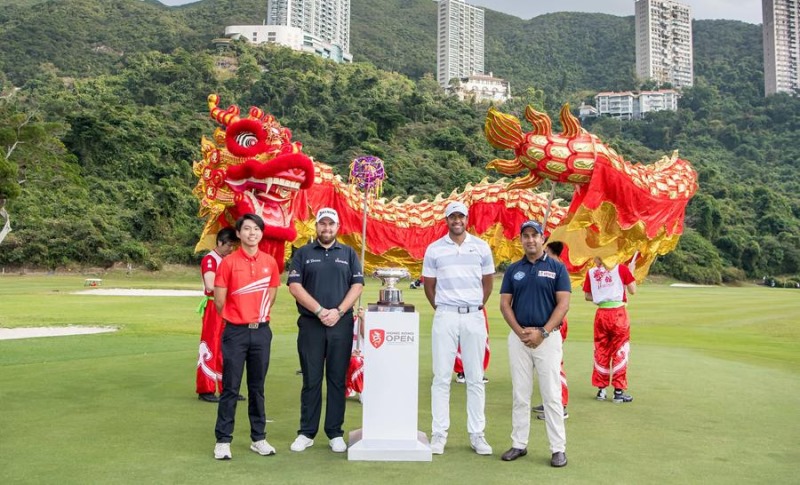 American Tony Finau hopes to start the new year by producing a winning performance with a calm mind as he takes on a galaxy of Asian Tour stars when the Hong Kong Open gets underway on Thursday.

Finau’s mantra to his rise on the world stage is largely attributed to his ability to stay calm under pressure and the world number 16 is ready to stick to his mental process when he tees off at the Hong Kong Golf Club for the first time this week.

More than 30 Asian Tour champions will also get their 2020 season underway at Hong Kong’s longest standing professional sporting event, which is sanctioned the Asian Tour and the Hong Kong Golf Association, with the European Tour continuing to stage the tournament.

Among them is India’s Shiv Kapur, who is determined to earn his place at the Olympics, starting with a solid performance at the Hong Kong Open which boosts a prize purse of US$1 million.

Kapur and Finau will have their work cut out with reigning Open champion Shane Lowry in the field.

The 32-year-old Irish may have missed he cuts in his previous two appearances at the Hong Kong Open in 2009 and 2010. But with a Major credential to his proud career record now, the Irish knows he has every chance of adding his name to the illustrious list of Hong Kong Open champions.

Tony Finau (Usa)
I’m really excited to be here in Hong Kong. It’s my first time. I just played the golf course for the first time and I think it’s going to be a great test. I’m enjoying my time here. I feel like I’m well rounded, so I look forward to the test. It’s a short golf course, if you hit it in the fairway and hole some putts you could be holding the trophy at the end of the week. My coach and I talk about it all the time. There are three things which we don’t want to be doing on the golf course, panic, don’t panic and don’t panic. We brought that up at the Presidents cup. Obviously we were down as a team and I was down in my match against Hideki Matsuyama but I just have that attitude that don’t panic, keep going and anything can happen.

Shane Lowry (Ire)
It’s a dream come true to win The Open, there’s no point saying that it’s not, cause as a kid I probably never envisioned doing it. And to do it in my own country as well was so very special.
I’ve been on Tour for.. This is my 12th season starting this year and I’ve only won five times, so golf is a game where you lose a lot more than you win. So, when you win you really have to enjoy it, especially something very special like I did last summer.
I have played here twice, in 2009 and 2010 and it’s good to be back in Hong Kong, I’m very excited and looking forward to the week. I played the golf course today and it’s great so hopefully it will be a good week. It’s my first tournament of the year and hopefully I can go out and shoot some good scores.

Shiv Kapur (Ind)
I’m feeling good about my game and it’s always nice to come back to a familiar golf course where I had a fair amount of success. It’s a new time of the year for us to play the Hong Kong Open in January. It’s fantastic, the golf course is in very good shape, the greens are rolling beautifully. The winds come in different directions and it’s going to be a good challenge. It’s the Olympics year and I’m on the brink of qualification so I need a few good weeks to get there. It has always been a dream of mine to play in the Olympics especially after I won the gold medal at the Asian Games in 2002.