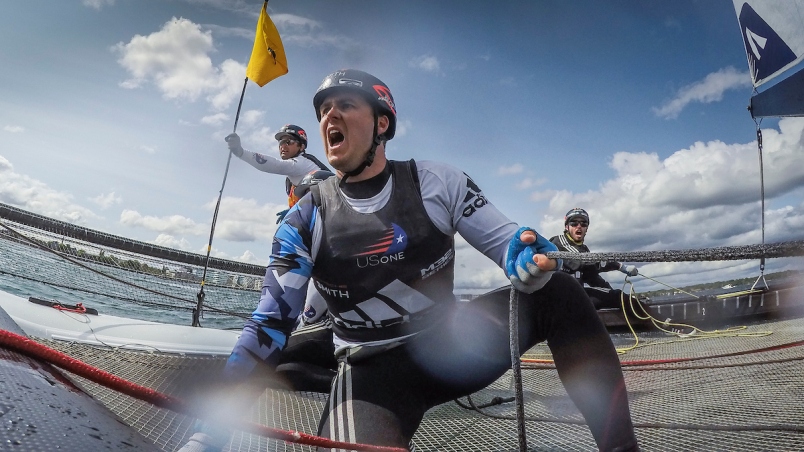 29yr old Canfield, from St Thomas in the US Virgin Islands, has become a formidable name on the professional match racing circuit. A former Match Racing World Champion in 2013, he is a four-time winner of the crimson blazer at Long Beach Yacht Club’s Congressional Cup, two-time winner of the Argo Group Gold Cup in Bermuda, and has won numerous other events on the World Match Racing Tour since his Tour debut in 2011.

In December last year, Canfield was announced as helmsman for the ‘Stars & Stripes USA’ America’s Cup team under the flag of the Long Beach Yacht Club, CA. The team was confirmed as the 5th challenger for the 36th America’s Cup in Auckland, New Zealand.

Currently ranked #15 on the WMRT leaderboard, Canfield has been awarded an invitation to the WMRT championship final due to higher ranked skippers being unable to attend the event because of other commitments. The winner-take-all championship final will give Canfield and his team the opportunity to clinch a second world title. However, with three other former world champions to contend with, it will not be an easy road to the top step of the podium.

The five-day WMRT Championship Final takes place 3-7 July in Marstrand, Sweden hosted by GKSS Match Cup Sweden. The teams will race on identical M32 carbon fibre multihulls providing close-action racing in front of the tens of thousands of spectators that flock to the picturesque island of Marstrand each year for the event.

Full details of each team including skipper bios and crew lists will be announced in the run up to the July event and made available on the WMRT website.