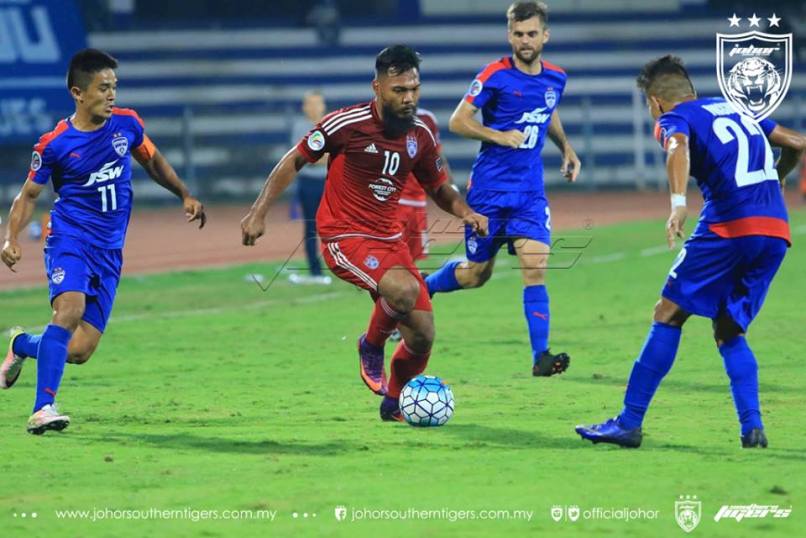 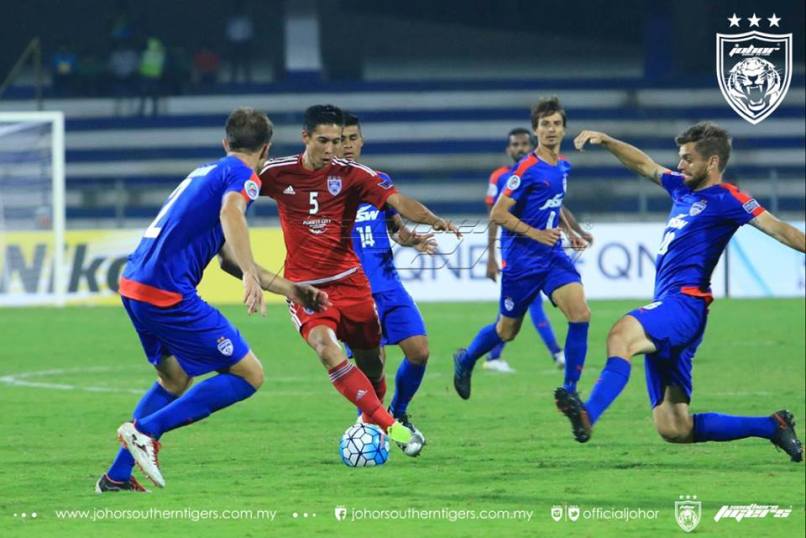 Indian club JSW Bengalaru FC gave a commanding performance to write Indian football history as they knocked out defending champions Johor Darul Takzim (JDT) to reach the AFC Cup final with a 3-1 win in the return-leg at the Sree Kanteerava Stadium in Bangalore to advance 4-2 on aggregate.

JDT were never in the picture despite taking an 11th minute lead through skipper Safiq Rahim who headed home into an empty net after Bengaluru goalkeeper Amrinder Singh could only parry a Safee Sali pile driver.

Conceding that early goal was never a setback for the homesters. Instead the Southern Tigers found themselves struggling against the determined Indian side who have undergone a massive transformation under coach Albert Roca and the Spaniard was the mastermind behind JDT’s downfall.

In fact JDT had already lost the AFC Cup in the first-leg semi-final at the Larkin Stadium in Johor Bahru on Sept 28 when they could only manage a 1-1 draw.

With Diaz, Lucero and Amri picking up their second booking in Larkin the tide tilted Bengaluru’s way.

Bengaluru skipper Sunil Chhetri was the hero of the night for his team with a brace. He scored the equaliser on 40 minutes – sending his header into the net off a corner by Eugeneson Lyngdoh.

His second was a gem when he turned an unleashed an unstoppable shot from 25 metres – beating JDT goalkeeper Izham Tarmizi Roslan all the way after 67 minutes.

It was all over for JDT when Spaniard Juan Antonio completed a night of glory for the 22,000 over home fans with a jumping header off a well executed freekick by Lyngdoh for a historic win and a place in the final.

In the process Bengaluru became the first Indian team to reach the AFC Cup final. India’s previous best in the competition was the semi-finals by East Bengal and Dempo.