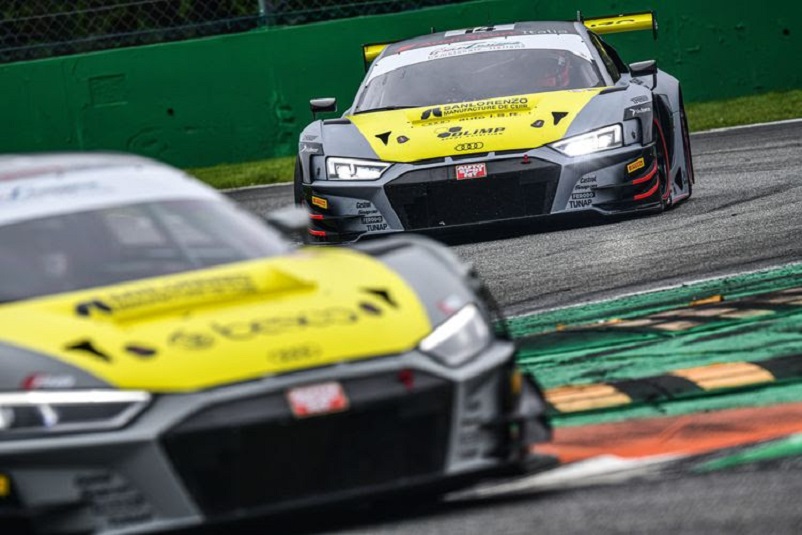 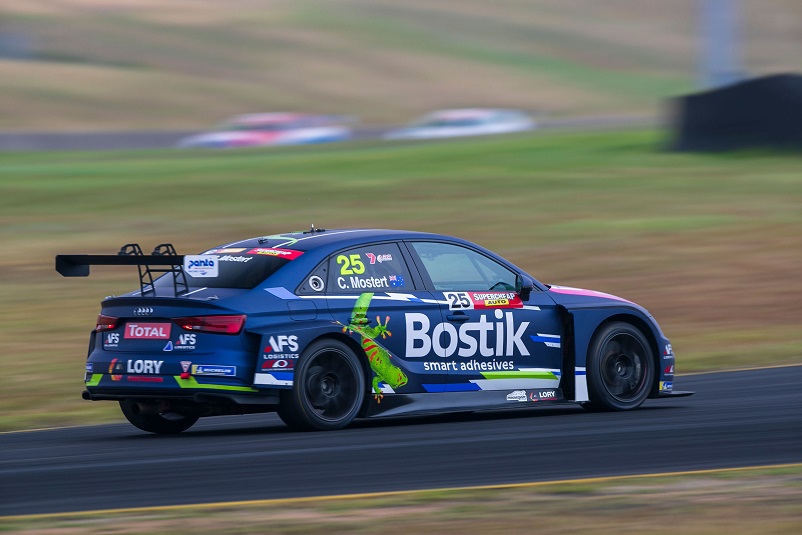 Audi leads the manufacturers championship in Italy with R8 LMS

At Monza, the Audi Sport customer racing teams collected a total of four trophies in GT and touring car racing. On the first weekend in May, the new Audi RS 3 LMS was homologated five weeks before its racing debut.

Successful dance into May: Audi Sport Italia managed a convincing start in the Campionato Italiano GT Sprint. The first sprint at Monza had to be abandoned in heavy rain on Saturday. After the continuation on Sunday over the remaining distance of 23 laps and a joint classification of both parts of the race, Daniel Mancinelli/Vito Postiglione in the Audi R8 LMS from Audi Sport Italia stormed forward from seventh to second place.

In the second race, the team of Emilio Radaelli and Ferdinando Geri again recorded a podium result. Riccardo Agostini and Lorenzo Ferrari in the team’s second Audi R8 LMS fended off all attacks by their pursuers and defended their second position all the way to the finish while the sister car improved from 15th to fifth place.

After the season opener, Audi leads the manufacturers standings in Italy with a twelve-point advantage over Ferrari. The series features a line-up of seven manufacturers in the 2021 season.

In the drivers standings Riccardo Agostini/Lorenzo Ferrari in second place are level with the leaders with 22 points. Their teammates Daniel Mancinelli/Vito Postiglione are just one point behind in third position in the sprint series, which comprises four events up to October.

Third place in Texas: Jason Daskalos clinched a podium result at the second event of the GT America powered by aws race series. The privateer from the Daskalos Motorsports customer team finished third in the Audi R8 LMS in the first of two 40-minute races at the Circuit of the Americas in Austin.

Significant increase in lead: Chaz Mostert significantly extended his lead in TCR Australia at the midpoint of the season. The Audi privateer clinched third place in the first sprint race at the fourth of seven events in Sydney, followed by second place in the second race.

After an accident of his pursuer Aaron Cameron, Mostert with the MPC Bostik Racing team increased his lead in the standings from 63 to 106 points. New runner-up in the championship is his teammate Luke King of MPC Moutai Racing in another Audi RS 3 LMS. A total of 24 drivers have scored points so far in one of the strongest national TCR racing series.

Two second places at the start of the season: Eric Brigliadori began the 2021 season in the TCR Italy with two strong fights and good results in the first two races. In Monza, he captured pole position for the first race in the Audi RS 3 LMS fielded by Team BF Motorsport.

After a poor start, last year’s runner-up fell back to seventh place, but fought his way back up to second position over the course of 15 laps. In the second race, which started with the reversed grid in accordance with the regulations, Brigliadori repeated his performance from the fourth row of the grid and again improved to second place.

As a result, the junior is second in the standings after the first of six events in a large field of 25 drivers. He also leads the standings for young drivers under the age of 25.

Homologation granted: The new Audi RS 3 LMS gen II has been homologated since May 1. The second generation of Audi Sport customer racing’s entry-level touring car received its motorsport homologation from promoter WSC, the organizer of the TCR touring car class.

Audi Sport customer racing presented the race car in February and has since completed an intensive testing phase with around 4,500 test kilometers to date. The model will make its race debut from June 3 to 6 at the opening round of the WTCR – FIA World Touring Car Cup at the Nürburgring.

Customers will be able to purchase the touring car from the second half of the year. The predecessor model, which was produced in 180 units and marketed to private teams, has so far won 55 titles in various racing categories worldwide.

Four drivers on the grid in Asia: Audi Sport customer racing Asia is promoting motorsport in the region for the fourth year in succession with its own driver squad. Cheng Congfu and Chen Weian from China as well as Sandy Stuvik from Thailand and Estonian Martin Rump will compete in selected Asian race series and individual events.

It is already certain that Sandy Stuvik will be looking to defend his Thailand Super Series title with Team B-Quik Absolute Racing this year after 2019 and 2020. Cheng Congfu will contest the China GT Championship and the Macau Grand Prix with the FAW-VW Audi Racing Team.