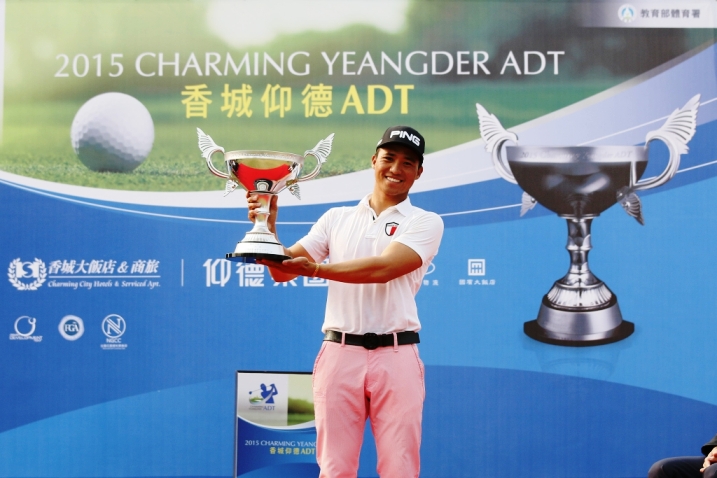 The Charming Yeangder ADT will return onto the Asian Development Tour (ADT) for its third edition from March 31 to April 3, with the aim to boost the Olympic aspirations of the region’s talented players.

The Charming Yeangder ADT, won by Chinese Taipei’s Hsieh Chi-hsien last year, will once again offer a prize purse of US$150,000 when it returns to the beautiful National Golf Country Club located in Miaoli county later this month.

Leading players from Chinese Taipei will have another opportunity to compete against an international field from the ADT and also get the chance to earn Official World Golf Ranking (OWGR) points, which will be key in qualifying for the Olympic Games taking place in Rio de Janeiro in August.

Chinese Taipei’s Pan Cheng-tsung and Lin Wen-tang, ranked 304th and 321st respectively in the world, are currently in the running to tee up at the Olympic Games where the qualifying cut-off is July 11, 2016.

Robert Chiu, Vice President of the Charming Hotel Group, said: “We are very honoured and delighted to title sponsor the Yeangder ADT. The tournament was a great success last year and we want to show our support again and help raise higher the standard of golf in Chinese Taipei. We look forward to welcoming all players to this event.”

Emmet Hsu, Chairman of the Yeangder Group which has been a strong advocate for the development of golf in Chinese Taipei, said: “I would like to thank the Charming Hotel Group for its strong support of this event. Players will have everything to play for in the tournament, which is one of the richest on the ADT Schedule this season.

“With golf returning to the Olympic Games after a lapse of over 100 years, it will be a great opportunity for players to boost their world rankings. It will be great if one of our players can win it and eventually represent Chinese Taipei in Rio de Janeiro,” added Hsu.

T.C. Chen, President of the Taiwan PGA, also hailed the return of the event. “The Charming Yeangder ADT will provide another wonderful opportunity for local players to establish themselves on the ADT. They will also gain exposure and experience from playing against many of the best players in the region.”

Asian Tour Commissioner Kyi Hla Han said: “I would like to extend our appreciation to both Charming Hotel Group and Yeangder Group for their continuous support of professional golf in Asia. I am sure golf fans in Chinese Taipei will enjoy a fantastic week of action at the National Golf Country Club.”

The Yeangder ADT, which was inaugurated in 2012, returned onto the ADT Schedule after a three-year absence in 2015, bearing a new title sponsor in Charming Hotel Group which continues to show its support for the event this season.