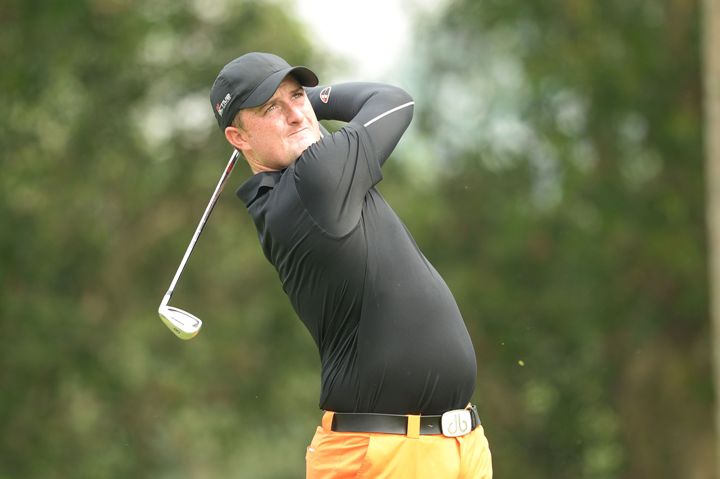 Lutton in five-way tie for leadScotland’s Clarke Lutton ignited his title ambitions after carding a four-under-par 67 to grab a share of the first round lead at the PGM Clearwater Masters on Wednesday.

Japan’s Shunya Takeyasu and Gavin Green of Malaysia, placed second and fourth on the current ADT Order of Merit, returned with matching 71s to tie in 27th position at the PGM Clearwater Masters.

Lutton, who started from the first, stumbled with two bogeys in his opening seven holes before recovering with his first birdie of the day on eighth to turn in 36.

He went on to cap a flawless back nine highlighted by five birdies, which included a chip-in from 35-feet on 16, to put himself in strong position for a breakthrough victory on the region’s premier Tour.

“I didn’t get off to a good start but I made a good birdie on eighth which allowed me to get back some good rhythm heading into the back nine. I sank some putts and I was able to keep it going till the end of the round.

“The front nine of the course is challenging because of its tight layout. Back nine was more forgiving. It was a good challenge out there,” said the Dubai-based Lutton, who turned professional in 2009 but only started playing on the ADT since 2012.

Nitithorn, who joined the play-for-pay ranks in early 2015, credited his sharp-shooting game for putting him in a share of the lead for the very first time on the ADT, which was inaugurated as a gateway to the premier Asian Tour in 2010.

“This is not an easy course. It’s very narrow but I drove the ball very well today. I putted well and my approach shots were good too. I made a 25-footer for birdie on 15 and managed to hit it close for the other four birdies with my pinpoint approach shots,” said an upbeat Nitithorn, who traded five birdies against a lone bogey.

The PGM Clearwater Masters will also provide another opportunity for players to earn Official World Golf Ranking (OWGR) points, which will be key in qualifying for the Olympic Games taking place in Rio de Janeiro this August.