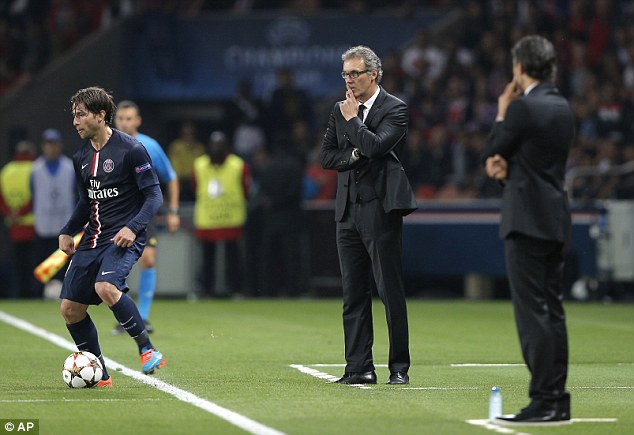 Paris Saint-Germain coach Laurent Blanc refuses to see his side as favourites to beat Chelsea in their Champions League last 16 tie despite the contrasting form of the two teams.

PSG beat Chelsea on away goals at the same stage of last season’s Champions League and their only defeats in their last 39 games have come against Barcelona and Real Madrid.

They sit a huge 17 points clear at the top of Ligue 1, while Chelsea are a lowly 16th in the Premier League, only one point above the relegation zone after Monday’s defeat at Leicester City.

“This time it will be 50/50. Although we beat them the last time, these are still two strong, ambitious clubs,” Blanc said on Tuesday.

The draw could have been better for PSG, but it could also have been worse with Barcelona and Bayern Munich among their possible opponents after they finished second in their group.

“No coach says to himself that he has an easy draw. We need to analyse it. By finishing second in our group we had some big teams to avoid. Here we will be coming up against a fine team who have already won the Champions League,” Blanc added.

“Preparing for the game will be the only easy thing. The two teams have not changed much and know each other well.”

Blanc was speaking before Paris begin their defence of the French League Cup with a last 16 tie at home to Saint-Etienne on Wednesday. – Agence France-Presse