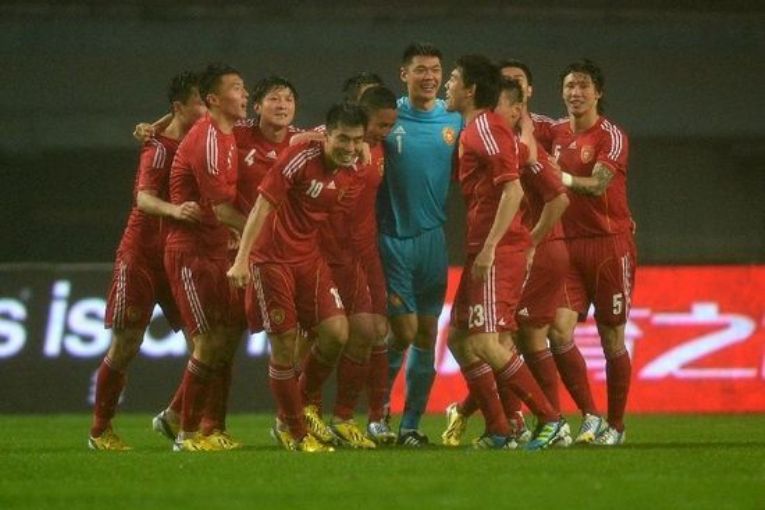 China on Saturday said it does not have the “best chance” to win the 2015 Asian Cup, held in Australia in January, after its 23-man squad was unveiled.

“We are not the favourite, we do not have the best chance,” China’s head coach Alain Perrin said in response to a question from AFP.

“What I know is that the players are ready to give the best they can,” Perrin said, adding that “anything was possible”.

China survived a scare before scraping into the Asian Cup on goal difference thanks to a late penalty in their 3-1 defeat to Iraq in March.

That defeat made for a shaky start for the newly hired former Lyon boss, after he was selected following a lengthy search to replace Spaniard Jose Antonio Camacho.

“I hope that the efforts the players made during these few months of preparation, and the team spirit of that group, will allow us to get past the first round,” Perrin said.

The Frenchman was speaking to reporters after the players, all wearing suits and in high spirits, were introduced on a television programme from a studio in the southern Chinese city of Guangzhou.

The 2013 Asian player of the year Zheng Zhi, who plays for club giants Guangzhou Evergrande, will bolster the midfield.

Zheng, the team’s captain, was a hit with fans during nearly three seasons at Charlton Athletic and a year with Scottish giants Celtic before returning to China to join Evergrande.

China has a woeful record at a national level. The team won only two of their six qualifiers and has their work cut out at next year’s tournament with tough competition in the form of South Korea and defending champions Japan. – Agence France-Presse