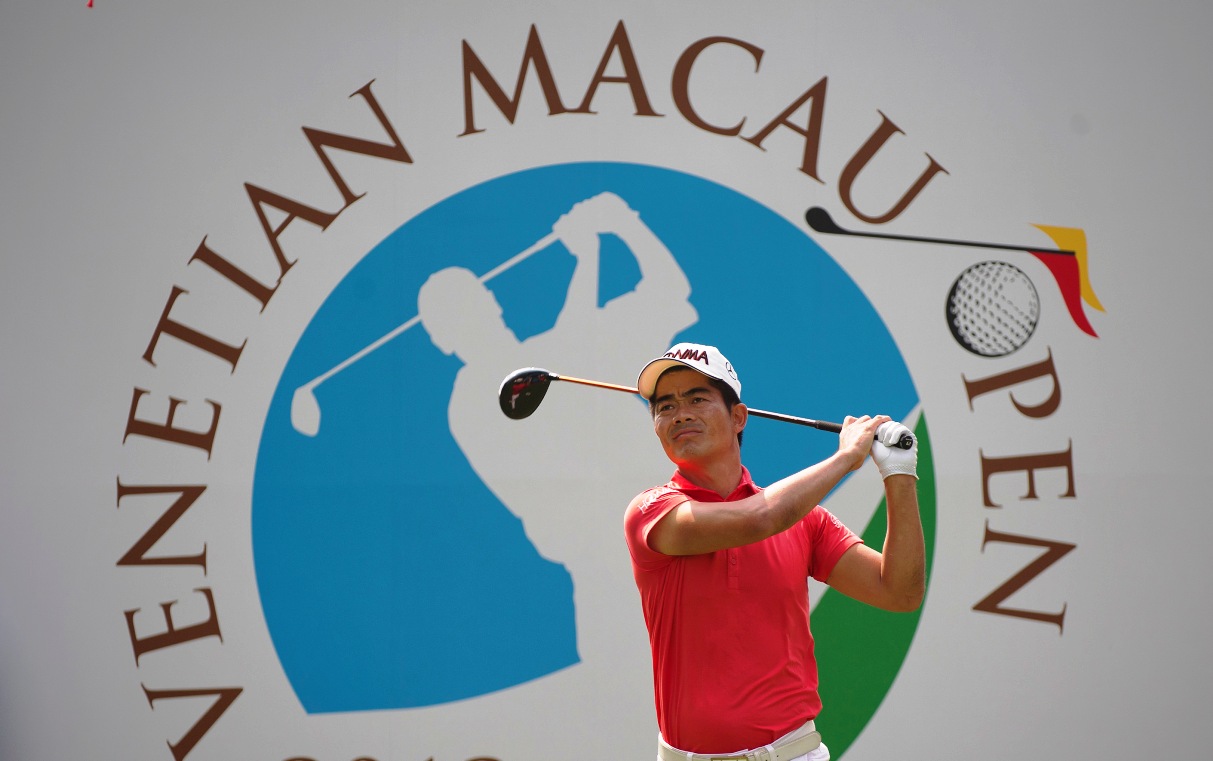 China’s No. 1 golfer, Liang Wen-chong and two-time Macau Open champion Zhang Lian-wei have confirmed they will compete at next month’s Venetian Macau Open.  The 16th edition of the Venetian Macau Open, one of the highlights of the Asian Tour calendar, will tee off at the majestic Macau Golf and Country Club from October 23 – 26, 2014 with a record prize fund of US$900,000.

The 36 year-old Liang hopes to join Zhang as a champion in Macau after making history in June when he became the first Chinese golfer to play in all four Major Championships when he teed off at the U.S. Open at Pinehurst.

With a recent runner-up finish in Japan, the Zhongshan native is feeling upbeat ahead of his appearance at the Venetian Macau Open.

“I am looking forward to competing at the Venetian Macau Open again,” commented Liang.  “I performed well at last year’s tournament and I am a big fan of the course. With star players like Ernie Els, Miguel Angel Jimenez, Thongchai Jaidee and Scott Hend confirmed for the event, I am sure the competition will be tough, but I will do my best and get a good result.”

His compatriot, Zhang is a big supporter of the Venetian Macau Open and has played in every tournament since the tournament inauguration in 1998. He missed the 2003 edition because of injury. With five Asian Tour victories to his name, the Asian Tour veteran is also the only player to win consecutive titles in Macau, claiming victory in 2001 and 2002. He hopes to add to that tally this year:

“Every year, I am excited to play at the Venetian Macau Open where I have been able to play well over the years.  My back-to-back victories there are important in my professional career.  Since it started, the tournament has grown and attracted players from all over the world.  This year we’ve got great field so it’s going to be a tough tournament. I look forward to competing with them and I believe this year will be another fantastic tournament.”

Last year, Zhang invited Yang Zi-hao, winner of the 2013 Zhang Lian-wei Youth Cup to play at the Venetian Macau Open. Jiang Zhijie, the 16 year-old winner of this year’s Youth Cup, will join Zhang in Macau which will be a wonderful opportunity for
him to develop his skills and confidence in preparation to join the professional ranks.  The Venetian Macau Open has been championed as a leading opportunity for young players to showcase their talents as well as being an effective platform for promoting golf in China.

Jose Tavares, President of the Macau Sport Development Board (MSDB), co-organisers of the event along with the Golf
Association of Macau, commented:  “Mr. Zhang’s support for the next generation players is exemplary, making this Venetian Macau Open a premier sports event for our city. We are honored to have a number of global stars gracing our course this year including four-time Major champion Ernie Els, Thai star Thongchai Jaidee, defending champion Scott Hend, China golfer Liang Wen-chong, along with Miguel Angel Jiménez who is making his first appearance in the tournament. There is no better opportunity to showcase Macau’s world-class event hosting capability to audiences around the world.”

Olaf Gueldner, Senior Vice President and Chief Marketing Officer of Sands China Ltd. commented: “We are delighted to see many old friends, familiar and new faces on the golf course every year, a testament to the Venetian Macau Open’s appeal. As a top tourist destination in Asia, Macau embodies the best of sports, entertainment and business. We are committed to delivering the best tournament experience for the players and guests. We look forward to welcoming all players, fans and officials back to the Venetian Macau Open!”

Entry to the Venetian Macau Open is free to allow golf fans from around the region the chance to enjoy live, world class golf by Els and many leading Asian Tour players, in one of the best loved destinations for leisure and entertainment travel in Asia.

Since its inauguration in 1998, the tournament has been graced many of the best golfers around the world, including Lee Westwood, Colin Montgomerie, Nick Faldo, Padraig Harrington, Fred Couples, Ian Woosnam and Mark O’Meara. This year’s event boasts a total prize fund of US$900,000, an increase of 12.5% compared to last year.