Home International Marco Wittmann: a DTM champion with his feet on the ground 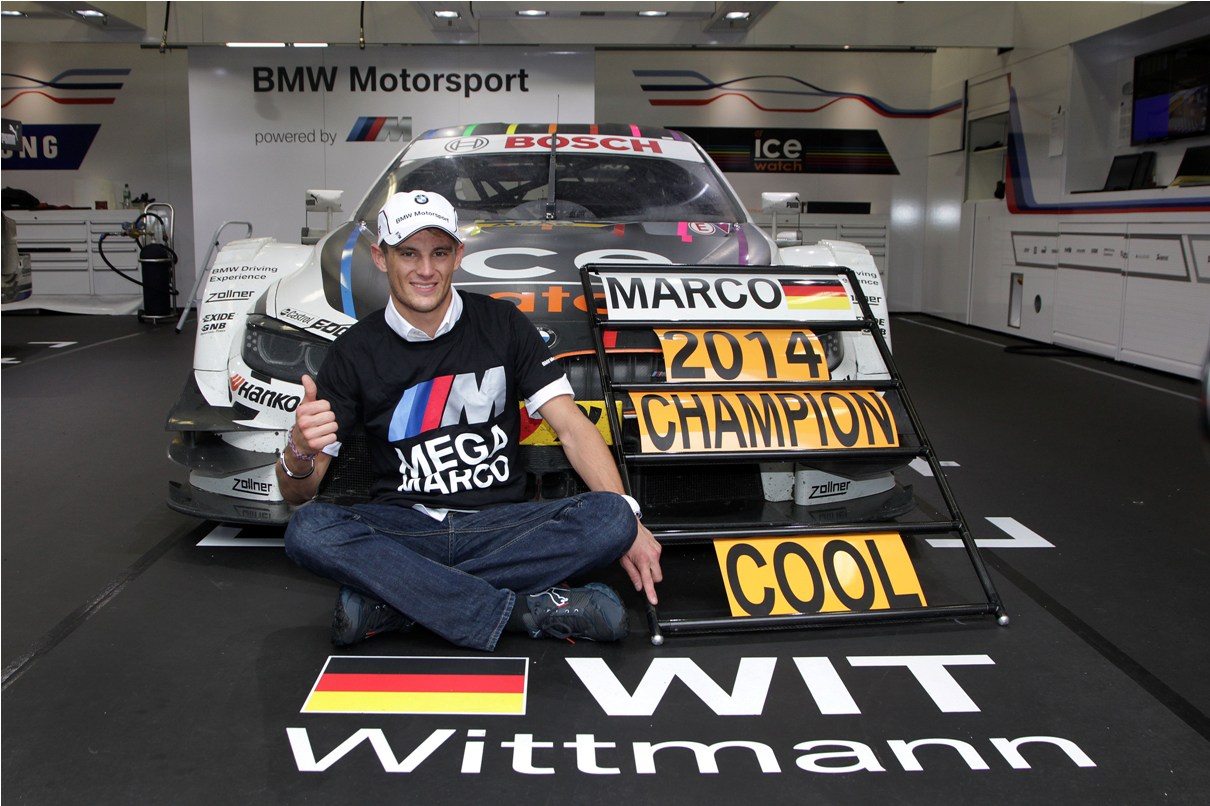 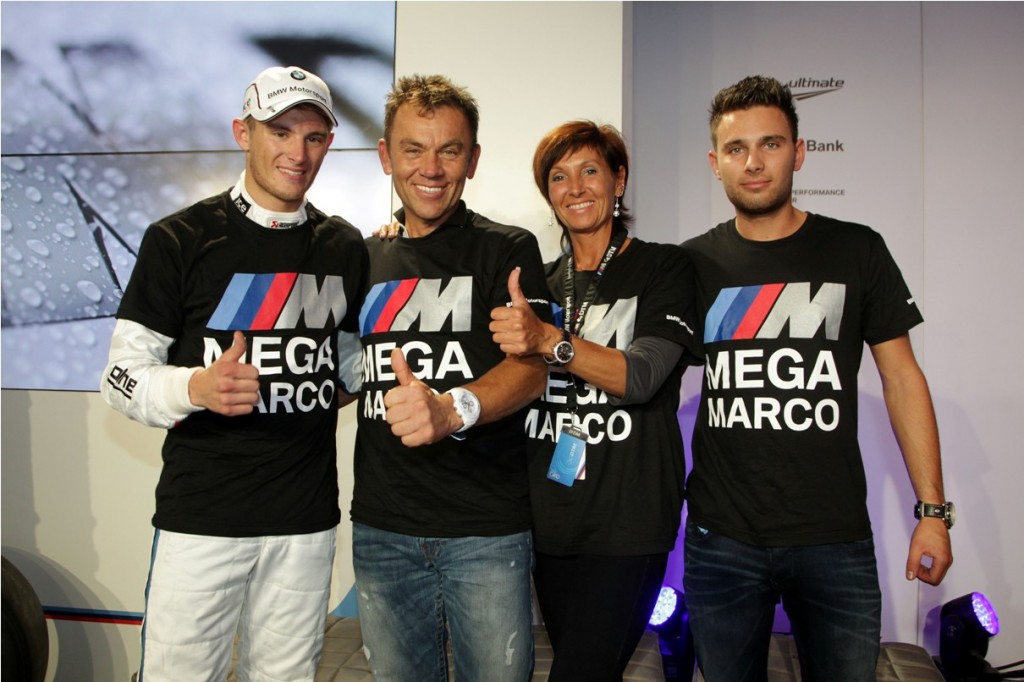 Marco Wittmann (DE) won the Drivers’ Championship in what is probably the most fiercely-contested touring car series in the world with two races of the 2014 DTM season remaining. The success marks the high point of the young German’s rapid rise to glory in the DTM since making his debut in 2013. With a lead of 69 points over Christian Vietoris (Mercedes, DE), he has now established an unassailable advantage at the top of the overall standings ahead of the final two races in Zandvoort (NL) and at the Hockenheimring (DE).

At the age of 24 years and 294 days, Wittmann becomes the youngest DTM champion ever in BMW colours, following in the footsteps of Volker Strycek (1984, DE), Eric van de Poele (1987, BE), Roberto Ravaglia (1989, IT) and Bruno Spengler (2012, CA). He is also the third-youngest driver ever to win the DTM. This is the first time in the history of the new era of the DTM, since 2000, that a driver has been crowned champion in only his second year in the series.

“It is hard to describe my emotions,” said the BMW Team RMG driver after the race at the Lausitzring. “When you have been involved in motor racing for so many years, and then sometime achieve your big goal, it is an incredible feeling. I always wanted to drive in the DTM. Now I am the champion. It is so emotional, as you remember many moments from your past. It all feels fantastic.”

Despite his success, Wittmann has managed to keep both feet firmly on the ground in his private life. As a qualified chassis-builder, he can often be found working at his father’s automobile workshop in Fürth (DE) when not in DTM action. “It has always been very important for me to have a second string to my bow, just in case things should not work out with motorsport at some point,” he said. “Working as a chassis-builder has taught me a lot. Teamwork, precision and, of course, an understanding of the technical side of automobiles: all very important aspects in motorsport.”

The 24-year-old grew up with his parents and brother in Markt Erlbach (DE), in the Franconia region of Germany. Although Wittmann invested a lot of time in motorsport at a young age, he still successfully completed his secondary school education. He could have gone to a grammar school, but the ever increasing cost of pursuing a career in motorsport prevented this.

Wittmann’s career has been closely associated with BMW from a very early stage. Winning the DTM title sees him come full circle: after enjoying success on the karting circuit, he took his first steps in motor racing in the German Formula BMW series. With two wins and a further four podiums to his name, Wittmann finished fifth overall in 2007. One year later he did even better, finishing runner-up in Formula BMW Europe.

The rapid youngster then spent three years battling for points and victories in the Formula 3 Euro Series, finishing runner-up in 2010 and 2011, and impressing with podiums at such Formula 3 classics as Macau (CN) and Zandvoort (NL). Even during this time he remained in contact with BMW Motorsport, so it came as no surprise to see Wittmann behind the wheel of a BMW DTM racing car as a junior driver for the first time on 14th December 2011. His exceptional talent was immediately clear for all to see in the BMW M3 DTM at the tests in Monteblanco (ES).

He consequently undertook a varied programme for BMW Motorsport the following season. Wittmann raced in the BMW Z4 GT3 for various BMW customer teams, and contested the 24-hour race at the Nürburgring-Nordschleife (DE). At the same time, he was also involved in the BMW DTM programme as test and development driver. This role allowed him to get more test kilometres under his belt and attend the races, during which he familiarised himself with procedures within the series. His performances were so impressive, that Wittmann was awarded a regular seat for the 2013 DTM season. One pole position, two fastest laps and second place at the DTM race in Spielberg (AT) earned him the title of best rookie in his debut year with BMW Team MTEK.

In 2014, Wittmann continued his meteoric rise. One milestone en route to the title was his maiden triumph in his 11th DTM race: he crossed the finish line first at the opening race of the season in Hockenheim (DE) to claim the first victory for the new BMW M4 DTM and BMW Team RMG, as well as BMW’s 60th success in the DTM. A further three victories were to follow – and the Drivers’ title at the Lausitzring with races to spare.

In winning the title, Wittmann continued a special tradition: whenever BMW has appeared in the DTM with a new model, the title in the Drivers’ Championship has ultimately gone to Munich (DE) at the end of the season. After Strycek’s success with the BMW 635 CSi in 1984, van de Poele repeated the feat with the BMW M3 in 1987, and Spengler continued the tradition with the BMW M3 DTM in 2012. Wittmann has now ensured that the first year of the new BMW M4 DTM will also go down as a golden debut season.