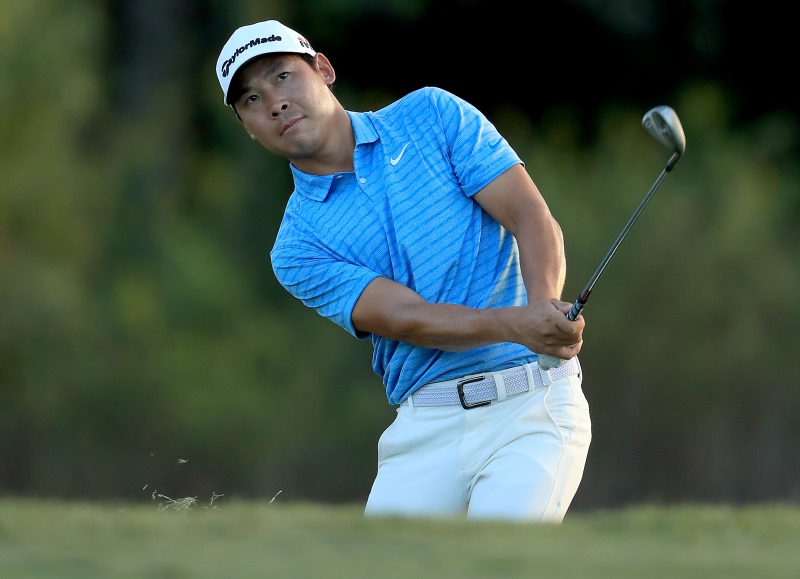 China’s Xinjun Zhang walks with a bit of spring in his step these days whenever he is competing on the PGA TOUR.

The 32-year-old is slowly hitting his stride in what is his second season on the world’s leading professional circuit that he feels confident of checking some boxes on his list of 2020 goals.

Two top-10s during the fall at the Safeway Open and Houston Open have pushed Zhang into 46th place on the current FedExCup points list and ultimately, he hopes his good form will take him into the FedExCup Playoffs and Olympic Games in Tokyo later this year.

“I think I am a lot better this season. My techniques are better and I am more familiar with the golf courses. Generally, I feel like my game is not as struggling as before,” said Zhang.

His consistent play this season is evident through his top-50 stats ranking for Strokes Gained in Approach the Green, Around the Green and Tee to Green. However, he realises there is  work to be do in his driving and putting where he ranks outside the top-100 for both categories.

Most important for Zhang though is the fact he feels more at ease with himself whenever he shows up at events such as this week’s AT&T Pebble Beach Pro-Am. “I am more relaxed. When I first started, I gave myself a lot of pressure,” he said.

Zhang endured a baptism of fire in his PGA TOUR debut in 2018. In 28 starts, he posted only one top-10 and missed 16 cuts. A return to the Korn Ferry Tour last year provided the much-needed confidence boost as he won twice to finish No. 1 on the Regular Season points list and regained his PGA TOUR card along the way.

The opportunity to sharpen his game on the Korn Ferry Tour effectively prepared him for his return to the PGA TOUR. “I think my biggest change is my mentality. I am more adjusted to the competition in the U.S.,” he said.

He tees off at iconic Pebble Beach on the back of two solid performances. Zhang finished T55 at the Farmers Insurance Open and then shot weekend rounds of 68 and 66 to finish T25 at the Waste Management Phoenix Open on Sunday. In his lone appearance at the AT&T Pebble Beach Pro-Am in 2018, he secured a T43 result.

“I love playing at Pebble Beach. The tournament is held on three courses and each course has its own specialty. I love them all. I hope my feeling for this special place can bring me some luck this week,” he said.

“I definitely would love to play in the FedExCup (Playoffs) but my priority right now is to get myself into the best condition that I can be. My schedule is pretty full, so I need to be on top of my game. (However) I am confident I can keep my TOUR card and get into the FedExCup.”

Zhang also has his sight firmly on representing China in the Olympic Games in Tokyo this summer. He is on course to make the two-man team where he is presently the second-ranked mainland Chinese golfer on the Official World Golf Ranking behind Haotong Li.

“That will absolutely be a big honour if I can get into the Olympics. I am taking it one day at a time. I think it’s a possibility,” he said.

For an aspiring golfer who grew up in a poor countryside where he had to climb a mountain to get to school, worked as a security guard on a golf course in the city of Xi’an before learning to play the game, Zhang is now living the dream on the PGA TOUR and poised to establish himself alongside the game’s greats.