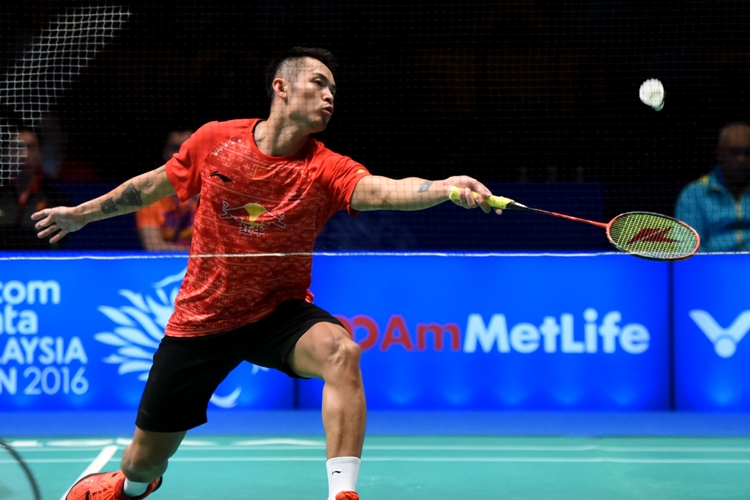 Two-time Olympic champion Lin Dan became the latest casualty at the Singapore Open on Saturday when he suffered a stunning semi-final defeat at the hands of Indonesian qualifier Sony Dwi Kuncoro.

The 32-year-old Lin, who has never won the tournament, trailed early on against the composed 2004 Olympic bronze medallist Kuncoro, who raced to a 11-4 lead before taking the first set 21-10.

The Chinese superstar salvaged the second set to win 21-17, but the 31-year-old Indonesian kept his cool to seal a nailbiting 22-20 victory in the final set.

On Friday world number ones Chen Long of China and Carolina Marin of Spain had crashed out in the quarter-finals, unceremoniously shown the door by young upstarts.

Speaking to media after the game, Lin said: “I lost the first set too quickly and took too long to find my rhythm.

“I didn’t play as well as I could have.”

Kuncoro, ranked 56th in the world, said he began to believe he could win after his quick-fire start.

“It was such an awesome game and I’m very happy,” Kuncoro said.

“My game was pretty hesitant in the second set so in the third set I just put in my all and was aggressive. I did not want to follow Lin Dan’s style of play,” added the Indonesian.

Kuncoro, who won the Singapore Open in 2010, will face Korea’s Son Wan-Ho in the finals after Son beat giant-killer Ng.

In the women’s singles world number two Ratchanok Intanon beat Yamaguchi 21-12 22-20 to progress to the finals.

The clinical Thai will be bidding to win three successive Superseries tournaments in as many weeks when she faces Chinese defending champion Sun Yu. – Agence France-Presse