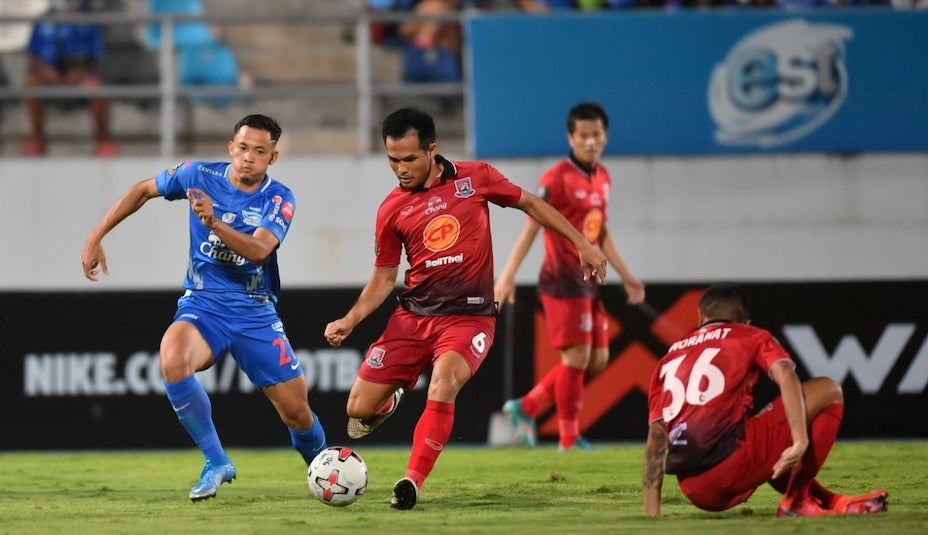 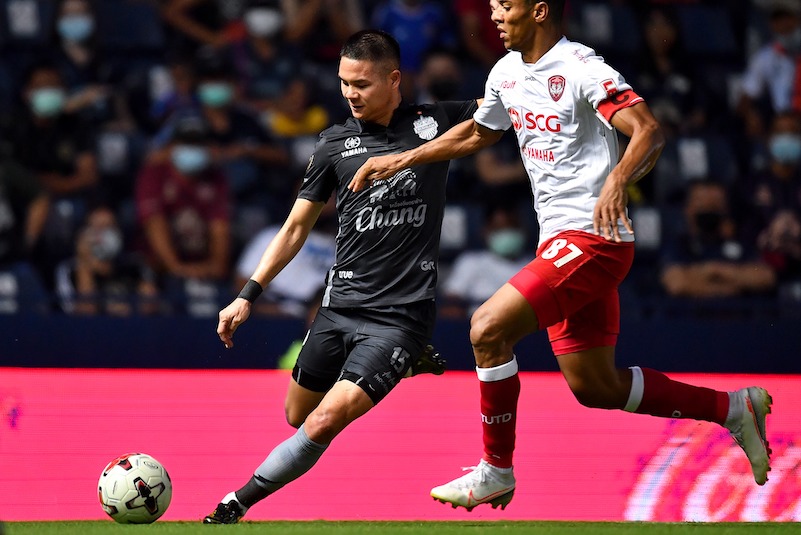 Chonburi FC smashed their way into the semifinals of the Thai FA Cup when they blasted relegation-bound Trat FC 5-1 in the quarterfinals last night.

The former FA Cup winners were on target just two minutes into the game off Eliandro as Chatmongkol Rueangthanarot (18th minute) added the second and then another from Eliandro (23rd) for Chonburi to take a 3-0 at the half.

Ricardo Santos pulled a goal back for Trat when he converted a penalty four minutes into the second half.

However, Eliandro then completed his hattrick with Chonburi’s fourth goal in the 65th minute as Phanuphong Ponsa added the fifth right deep in extra time.

Four-time FA Cup winners Buriram also punched their ticket to the next round with two late goals from Samuel’s 72nd minute penalty and Supachok Sarachat (78th) to see off the challenge of Muang Thong United.

The two other semi-finalists are Bangkok United who edged Ratchaburi 2-1 and Chiangrai United who beat Muangkan United 2-1.