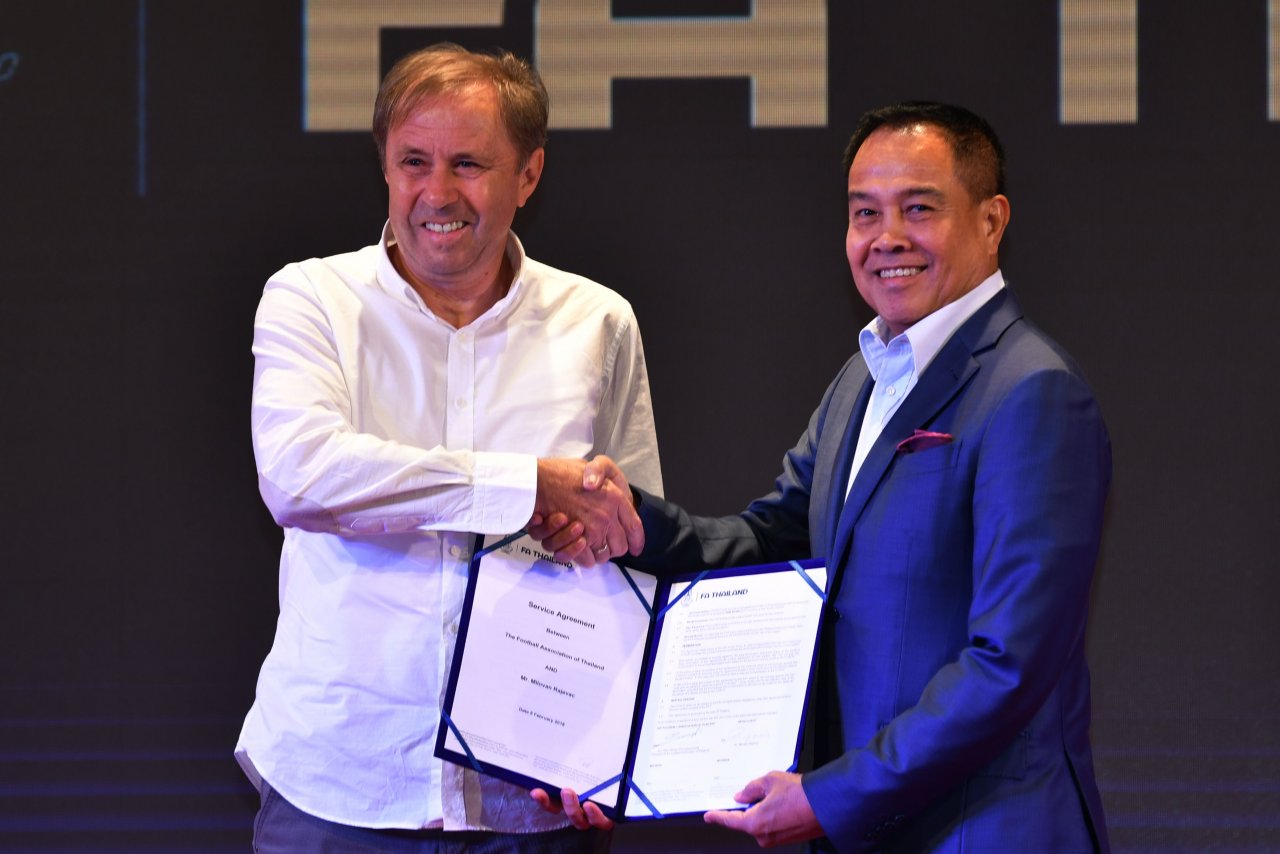 The FA of Thailand (FAT) have extended the contract of national coach Milovan Rajevac for a further two years.

Rajevac had initially signed up with the FAT on a year’s contract starting from last April.

But the Serbian has had a positive run since taking over the reins from Kiatisak Senamuang where he has won four matches from eight played.

“My first job will be the King’s Cup. I’m trying to get the players playing overseas to come back and play for the team. They should be allowed to come home as it is part of FIFA calendar,” said Rajevac to The Nation.

“The Asian Cup is the main goal of FAT. We must try to pass the group stage to reach the knock out stage.”

The Serbian will also be looked at to defend the AFF Suzuki Cup 2018 at the end of the year.