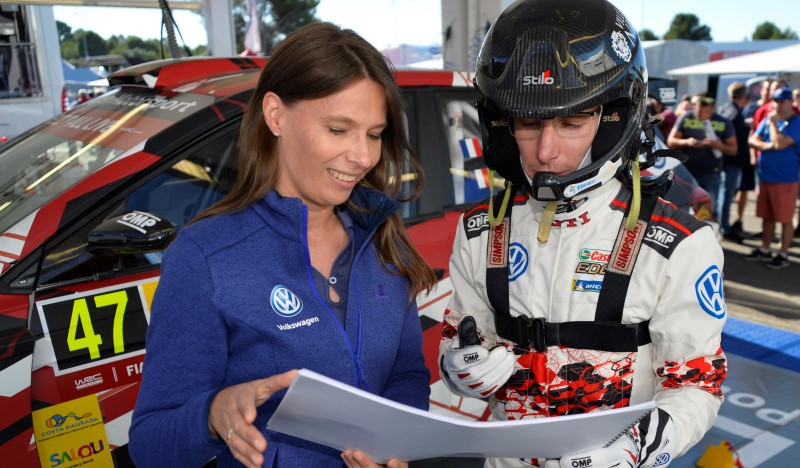 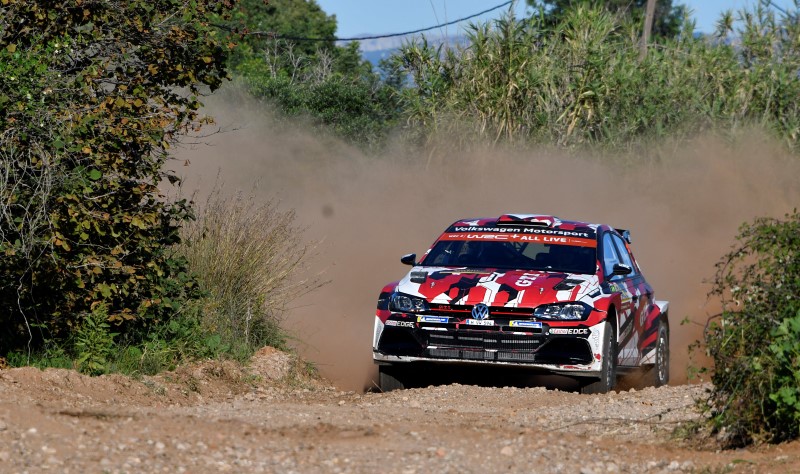 Fleeting visit from old colleagues: Ogier and Mikkelsen pop in to say hello

Volkswagen kicked off the competitive debut of the Polo GTI R5 with the fastest time, courtesy of Petter Solberg/Veronica Engan (N/N), and second place for Eric Camilli/Benjamin Veillas (F/F). The much-anticipated first showdown with the strong opposition on the Shakedown at the Rally Spain saw the new customer rally car lead the way: the two 200-kW (272-PS) Polos ended the ‘free practice’ 1.3 seconds clear of the WRC 2 field. The Shakedown was held on a two-kilometre mix of gravel and tarmac. Rally Spain kicks off with the first stage on Thursday evening.

“It is obviously fantastic to start a new project with good results,” said Volkswagen Motorsport Director Sven Smeets. “However, we should not read too much into what is undoubtedly a positive Shakedown result. We are looking forward to the first real head-to-head with the opposition. Everyone in the team is very motivated – especially as we have been given such a warm welcome by the WRC family after two years away and it brings back a lot of fond memories of four strong years up to 2016.”