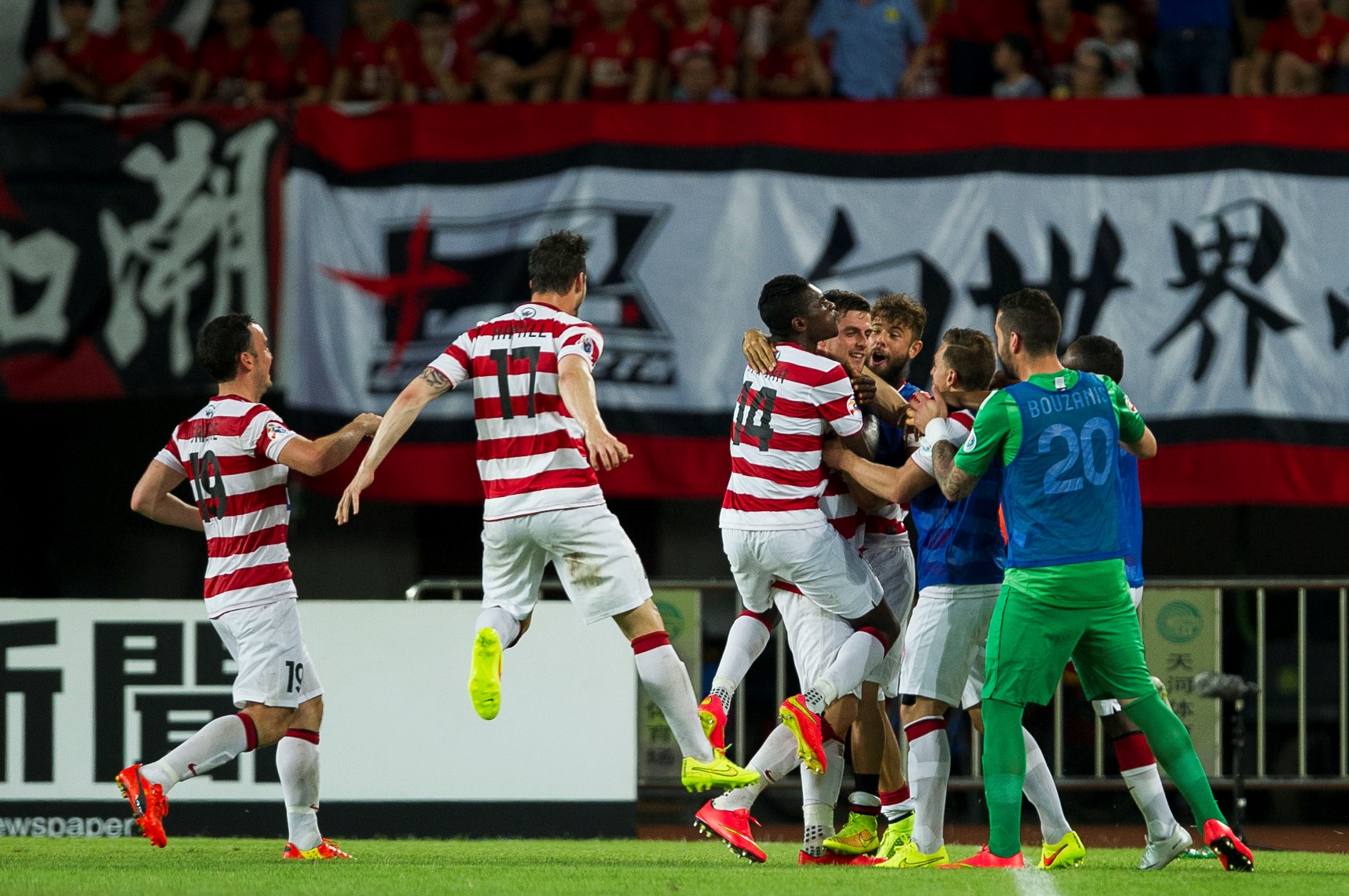 Continental debutants Western Sydney Wanderers will face former finalists FC Seoul in the semi-finals of the AFC Champions League next month after the Australian side eliminated defending champions Guangzhou Evergrande on Wednesday, while Al Ain will face fellow former Asian champions Al Hilal for a place in the final.

FC Seoul, meanwhile, edged out fellow K-League Classic side Pohang Steelers 3-0 on penalties following a goalless draw on aggregate and the 2013 finalists will entertain Western Sydney at Seoul World Cup Stadium on September 17 before travelling to Australia two weeks later for the second leg.

“I feel very good and proud of my team. They have done a great job by showing resilience and fighting spirit,” said Western Sydney coach Tony Popovic who has also led his side to back-to-back A-League Grand Final appearances and the 2013 A-League Premiership in their first two years in existence.

“This was a very tough match for us. We travelled a long way to be here and we are exhausted. But we overcame all the difficulties and I am very proud.”

At Seoul World Cup Stadium, FC Seoul goalkeeper Yu Sang-hun saved from Pohang captain Hwang Ji-soo, Kim Jae-sung and Park Hee-chul in the shootout at the end of the second leg as the 2013 finalists secured a second consecutive appearance in the semi-finals.

“This is my best experience as a coach. Our eagerness helped us win and we will keep playing our way in the future,” said FC Seoul coach Choi Yong-soo who saw his side lose last year’s final to Guangzhou on away goals following a 3-3draw on aggregate.

“After 70 minutes I felt Pohang were thinking about extra-time and penalties so we tried to score, but overall what is important is the result. I told the players before the penalties to believe in themselves because we had a good preparation.”

A 35th minute own goal from Ismail Ahmed had given Al Ittihad hope of overturning a 2-0 deficit from last week’s first leg, but after Gyan netted his 12th goal of the campaign before half-time, Abdulrahman and Diaky sealed the win in the second half at King Abdulaziz Sport City.

“We achieved what we wanted early in the match as this made things easier for the players and they were released from pressure and they showed a good performance. We are happy that we managed to repeat our victory and to advance to the semi-finals,” said Al Ain coach Zlatko Dalic.

“We will turn our attention to Al Hilal now and I know them well as I have previously coached them and I know their weaknesses and strengths. The best team will reach the final and I hope that we can make it.”

“It was a very difficult match, as I thought it would be before the game,” said Al Hilal coach Laurentiu Reghecampf.