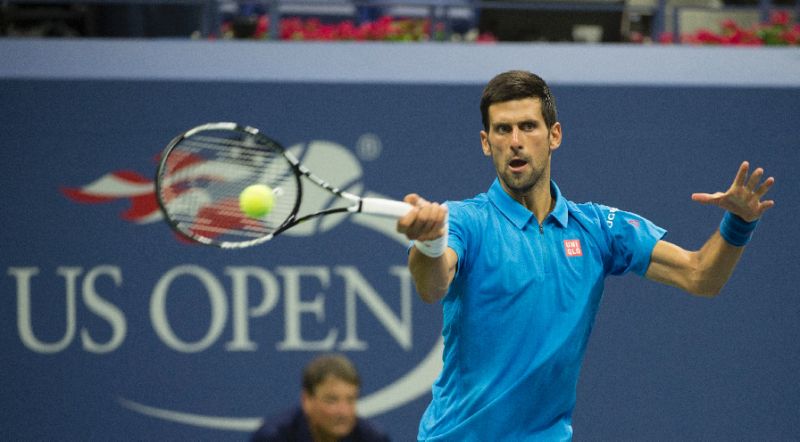 Novak Djokovic looks to consign two of his most heartbreaking Grand Slam losses to the dustbin of history on Sunday when he tackles old foe Stan Wawrinka for the US Open title.

World number one Djokovic, the 2011 and 2015 champion in New York, takes a mighty 19-4 head-to-head lead over the 31-year-old Swiss into the championship match.

On paper, that should translate into a comfortable afternoon on Arthur Ashe Stadium for Djokovic, playing in his 21st major final and seeking a third Grand Slam title of 2016 and 13th of his career.

But Wawrinka has played Grand Slam party-pooper before at the Serb’s expense.

In 2014, Wawrinka won a five-set quarter-final on his way to a first Grand Slam crown at the Australian Open, beating Rafael Nadal in the final.

Twelve months earlier in Melbourne there had been warning signs with Djokovic needing to grind out a 12-10 final set in the fourth round.

Last year, Djokovic saw his hopes of completing a career Slam crushed in four sets by the Swiss in the Roland Garros final.

“He’s a big match player. He loves to play on the big stage, against big players, because that’s when he elevates his level of performance,” said 29-year-old Djokovic.

“He doesn’t get too stressed by the big occasion. He’s very powerful, big serve. Probably the best, most effective one-handed backhand in the world now. He can be very dangerous for everybody.”

Djokovic was left wondering what had hit him in Paris in 2015.

He had beaten Andy Murray and Nadal to get to the final but Wawrinka hadn’t read the script, his 60 winners — most fired off the backhand to all corners of Philippe Chatrier Court — hammer blows to the Serb.

Since that loss in Paris, however, it has virtually been business as usual.

Djokovic went on to win a second US Open, a sixth Australian Open and first Roland Garros which finally allowed him to join the select club of career Grand Slam winners.

His only blip was his third round loss to Sam Querrey at Wimbledon, an exit fuelled partially by unspecified personal issues.

Despite his run to a seventh US Open final, it has not been plain sailing for the world number one.

He has needed regular treatment on his right shoulder while also requiring help with his left in the heat and crushing humidity of Friday’s bizarre semi-final win against Gael Monfils.

“Thankfully it’s behind me, so I don’t have any concerns,” said Djokovic, who has defeated Wawrinka twice in New York, in the round of 16 in 2012 and from two sets to one down in the 2013 semi-finals.

While Djokovic has enjoyed a walkover and two injury-forced retirements on his way to the final, Wawrinka had to save a match point against unheralded Dan Evans in the third round.

He has also spent almost 18 hours on court while Djokovic has made the final after being in action for just over nine.

However, the big Swiss has won his last 10 finals and will draw on those as well as his Slam record with Djokovic for inspiration.

“It’s gonna give me confidence to tell myself that I know I can do it, because I did it at the French Open. He knows also that I can play my best tennis in the final of Grand Slam,” said Wawrinka.

The Swiss player, so often in the shadow of Roger Federer, has blossomed late in his career, winning the Australian title at 28.

That made him the oldest first-time Slam winner since Goran Ivanisevic at Wimbledon in 2001.

But history at the US Open may not favour Wawrinka on Sunday.

Pete Sampras was the last player over-30 to win in New York and that was back in 2002. – Agence France-Presse