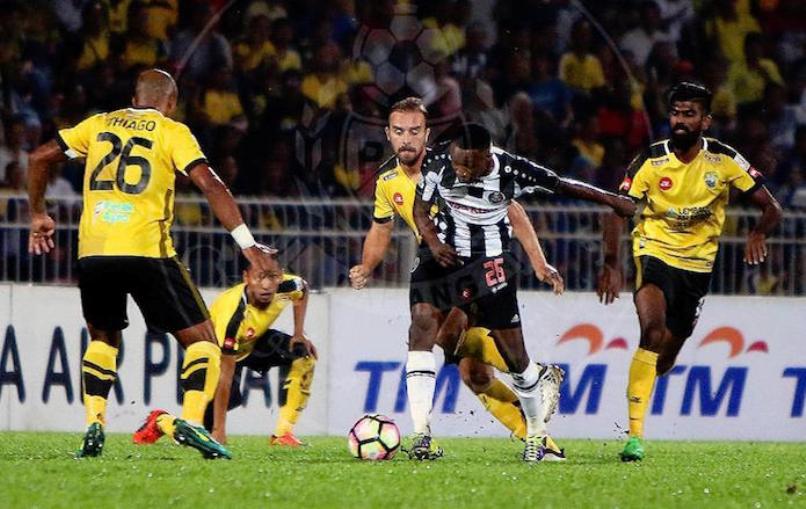 The 3-2 defeat to Johor Darul Takzim in a Super League match on March 3 played at the Larkin Stadium in Johor Bahru is still felt by Pahang – match the Elephants believe they should not have lost.

This Saturday the two football giants in the Super League cross paths again – this time in the FA Cup which has reached the quarter-final stage. Pahang are at home in the first-leg at the Darulmakmur Stadium which gives the East Coast hopefuls the chance to square up things.

Pahang head coach Dollah Salleh seems to have weaved his magic and has turned the Elephants into a respectable side which has earned respect from the others. But Dollah also wants his players to stop giving too much respect to JDT – the three-time Super League champions who are also the FA Cup holders.

“We must believe in ourselves. This takes away the fear of playing teams like JDT. They (JDT) maybe the best in the country for now but it does not mean we cannot get a positive result against them.

“The first-leg (FA Cup) outcome will hold the key if we want to be in the semi-finals. Playing at home has its advantages and we need to ride on this factor,” said Dollah from Kuantan, not too worried that his team returned from a two-match playing tour of Hong Kong without a win.

“It was more of a holiday for the players with two matches thrown in. We drew one and lost one but it does not bother me much.”

Pahang drew 3-3 against Glorysky and lost 0-3 to Kitchee FC.

Dollah, however, has warned his players that JDT have depth in every department and is still the team to beat. The former international wants his team to get the desired result in the first-leg in Kuantan for the return-leg which will be played at Larkin on April 23.

Dollah, however, will have to make do without centreback Afif Amiruddin who is under suspension.

“I am not putting any pressure on my players. They need to be focused, disciplined and committed on the field,” added Dollah.

The Elephants are currently lying second in the 12-team Super League which has Kedah on top on 18 points. Pahang have 16 and JDT are third on 14 but have a game in hand under new coach Benjamin Mora who was a surprise last minute choice to replace Mario Gomez.