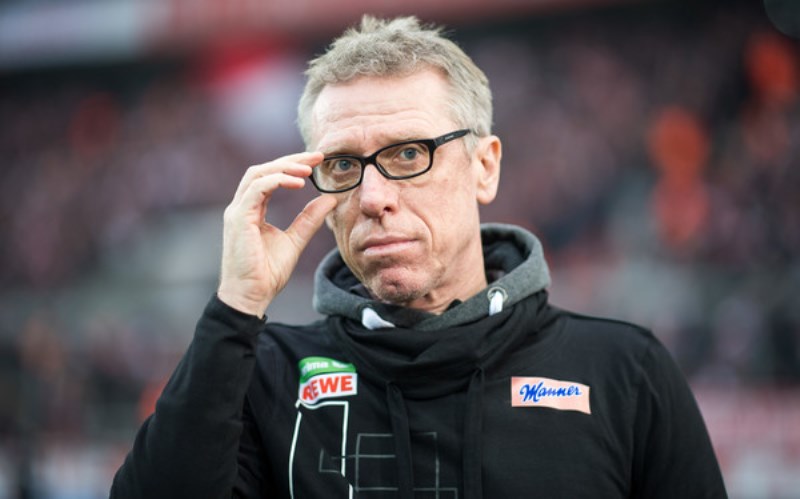 Borussia Dortmund sacked Peter Bosz as head coach on Sunday and replaced him with Austrian Peter Stoeger (main pix), who was only fired by Bundesliga bottom side Cologne last weekend.

Dutchman Bosz, 54, was released after just 167 days in charge as Saturday’s 2-1 defeat at home to Werder Bremen left Dortmund winless in their last eight league games following a miserable run of results.

Bosz was dismissed just hours after the Bremen defeat, when poor defending again led to another dreadful team display.

However, it means a quick turn-around for Stoeger, who has precious little time to prepare for the next Bundesliga game at Mainz on Tuesday.

He has just three matches remaining before the winter break with the Mainz match followed by a league game at home to Hoffenheim next Saturday and a plum German cup third-round clash at Bayern Munich on December 20.

“We will train together today and tomorrow and the first thing will be to talk about the current problems,” said Stoeger at Sunday’s press conference.

“We want to bring some more empathy back into the group.”

Stoeger says he has gone from one great club to another after having become a cult figure in Cologne by steering them to the Europa League this season — their first  appearance in Europe for 25 years.

“I have come from a really great club and to be able to work in Dortmund is something special, it’s an exceptional opportunity, for my staff and I,” he said.

“You only get a chance like this once in your life.”

Stoeger, who steered Cologne to fifth in the Bundesliga last season before a disastrous winless start to 2017/18, flew straight from Vienna to Germany after hearing from Dortmund’s CEO Hans-Joachim Watzke on Saturday night.

The call caught Stoeger by surprise, coming just as he had arrived in the Austrian capital to visit family before heading back to the airport.

“I wasn’t planning on this, but the call changed everything,” he said.

“Now we have to see if we can make everyone happy.”

Dortmund has given Stoeger, 51, a contract until the end of the season, just a week after he was released by Cologne.

“We will have a talk in the summer, nothing is set in stone in life,” said Stoeger on his short-term Dortmund deal.

“I don’t need a contract until 2020 and it wouldn’t have changed anything if I had signed for the next 14 days.

“We have the next six months and then we’ll see what happens.”

It has been a tough few months for Bosz.

Dortmund held a five-point lead at the top of the Bundesliga at the end of September, but since then have sunk to seventh, 13 points behind current leaders Bayern Munich.

That drop down the Bundesliga table came following terrible run of results — including throwing away a four-goal lead to draw 4-4 with local rivals Schalke last month — that also led to Dortmund failing to qualify from their Champions League group.

“We parted on the best of terms. I would like to thank Peter Bosz,” said Dortmund chief Watzke.

“The most important thing is to pick up a few points now and we’ll talk about future goals in the winter break.”

Watzke dismissed concerns about Stoeger’s poor recent record at rock-bottom Cologne, who have taken just three points from 14 games, pointing to the fifth place he achieved last season to put the proud Rhineland club back in Europe.

“We have signed Peter because he did some exceptional work in Cologne,” said Watzke

Watzke made the comparison with cult coach Jurgen Klopp, who joined Liverpool on the back of a poor results with Borussia in 2014/15 having won the Bundesliga with the club in 2010/11 and 2011/12.