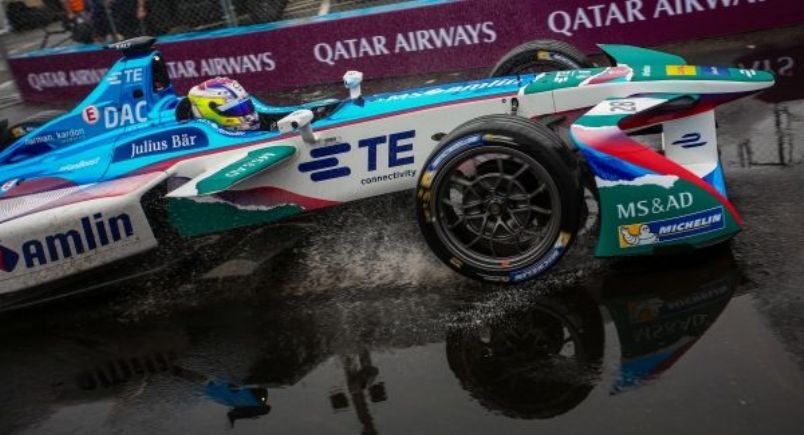 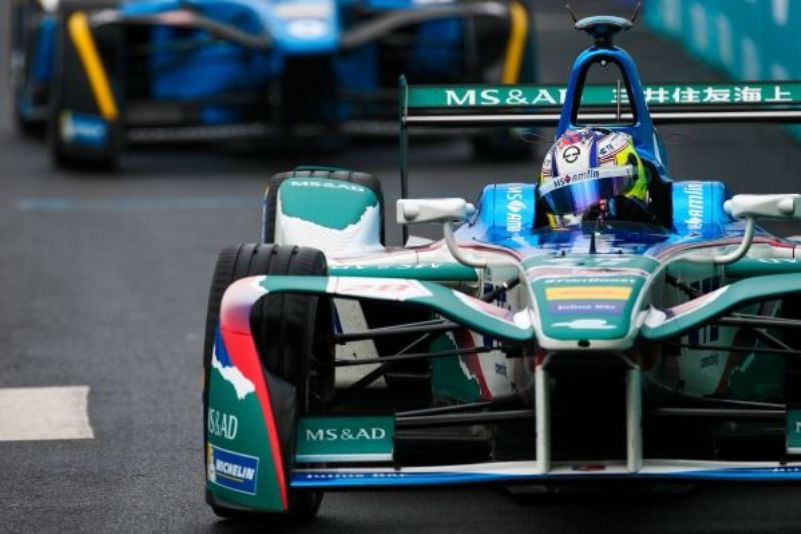 The first FIA-sanctioned motor race in the “Big Apple” was a thriller, with action throughout the field on every lap. Starting in 16th and 18th positions respectively, the MS Amlin Andretti drivers Robin Frijns and António Félix da Costa successfully navigated a chaotic opening lap to run just outside the top ten. Frijns was able to run an extra lap in the first stint, and the strategy paid off. He was in prime position in the closing laps when the Qualcomm Safety Car BMW i8 was deployed to allow marshals to recover a stranded car.

The field was bunched up, and on the last lap Frijns made two places, moving into ninth to take valuable points for the Andretti team at their home race. Félix da Costa, while moving for 11th just before the halfway mark, made contact with another competitor and had to pit two laps ahead of schedule. He stretched his energy reserves and made it home in 12th place.

After a crash in practice, the MS Amlin Andretti team changed Frijns’ gearbox. Having qualified 11th, he was forced to take a 10-place grid penalty – and a five-second pitstop punishment – and thus start from the back row of the second race in Brooklyn. Félix da Costa started in 16th position. Frijns was able to extend his battery life hugely in the first stint of the 40-lap race, pitting on the 28th tour – the second-longest stint in FIA Formula E history at 54.516km (33.875 miles).

With such a huge energy advantage over his competitors with his second car, he passed several drivers on the final lap and earned the team’s first back-to-back points finishes of the season. Félix da Costa had a topsy-turvy race, moving as high as eighth place and regularly challenging for further positions in several entertaining battles.

Unfortunately, he then made contact with Loic Duval (FRA), putting Duval into a spin. Félix da Costa was handed a drive-through penalty, effectively ending his race. He crossed the line 15th. Sam Bird (GBR) was the victor of both races, for DS Virgin Racing.

António Félix da Costa, MS Amlin Andretti: “I started each of the races really well, made a few places in the first few laps and managed the energy well. Both times, I had some bad luck and lost time and positions. It’s been a really frustrating weekend. We need to work on our qualifying, because the car is great in the race and if we start further up the grid maybe we can avoid some of the chaos.”

Robin Frijns, MS Amlin Andretti: “We had a good weekend overall, and I can go home a pretty happy man. We made a lot of places in both races, which shows we have a great race car. In the second race we had a decent qualifying session, but then had to start last with the gearbox change. We saved a huge amount of energy at the beginning, which was good because it left me a lot of energy left compared to the others and I was able to close the gap and take some points home.”

MS Amlin Andretti will finish the season with another North American double-header, the Montreal ePrix on July 29 and 30. The Canadian city has a long-established motorsport heritage, but the event marks FIA Formula E’s first visit to the country. The races will take place in downtown Montreal, on a track unique to Formula E.