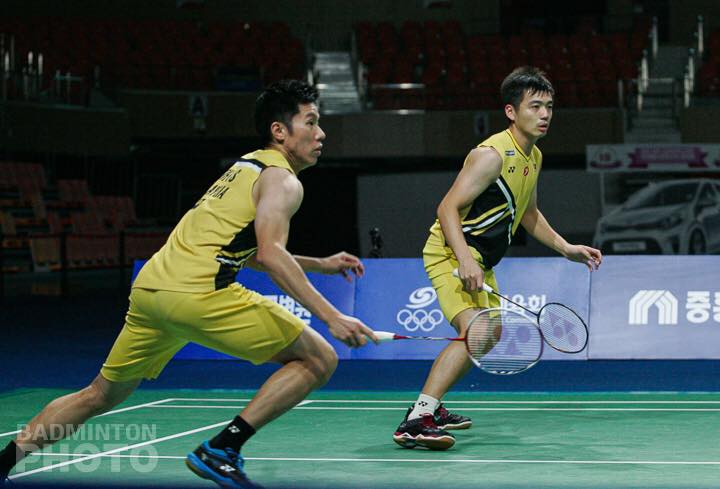 It was a double blow for Malaysian shuttlers when, both, the mixed doubles pair Goh Soon Huat-Shevon Lai Jemie and the professional men’s doubles pair of Goh Wee Shem-Tan Wee Kiong failed to win their respective finals in the USD200,000 Gwanju Korea Masters in Gwanju on Sunday.

Soon Huat-Shevon ranked No 8 is Malaysia’s medal prospects in the 30th SEA Games in the Philippines went out 14-21, 15-21 in 34 minutes to Hong Kong’s 12th ranked Tang Chun Man-Tse Ying Suet.

With the win the Hong Kong pair stretched their supremacy to 4-0 overall, having won their previous three encounters. The champions took home USD15,800 in prize money while the losers settled for USD7,600.

Soon Huat suffered an injury to his finger in his right hand in the second game when the Hong Kong pair were leading 12-10. The badly bleeding finger needed medical treatment on the court and it probably affected Soon Huat’s game which led to the defeat.

V Shem-Wee Kiong were hoping to win their third world tour title this year after winning the Thailand Masters in January and the Yonex Chinese Taipei Open in September. However, the Rio Olympics silver medal winners could not stop the unseeded Chinese Taipei pair Lee Yang-Wang Chi-Lin from a 21-19, 20-22, 21-19 win in an hour-long battle.